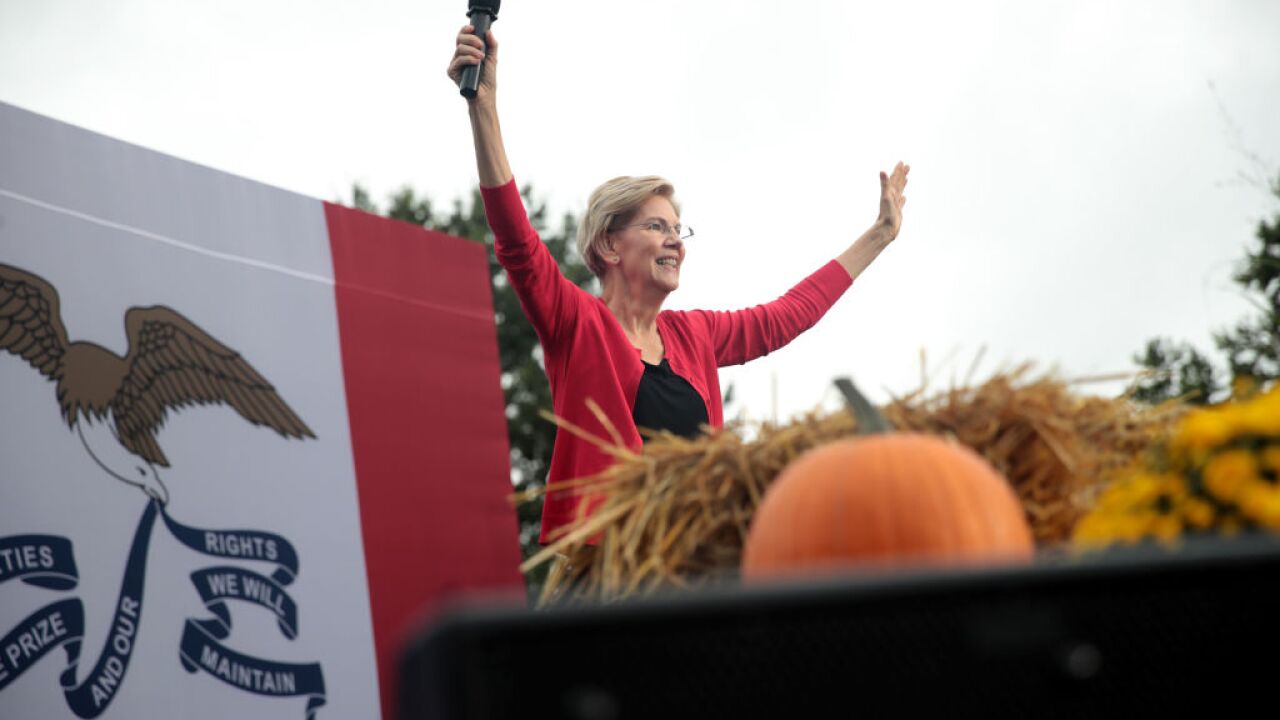 DES MOINES, IOWA – SEPTEMBER 21: Democratic presidential candidate, Sen. Elizabeth Warren (D-MA) speaks at the Polk County Democrats’ Steak Fry on September 21, 2019 in Des Moines, Iowa. Seventeen of the 2020 Democratic presidential candidates and more than 12,000 of their supporters made an appearance at the event. (Photo by Scott Olson/Getty Images)

Massachusetts Senator Elizabeth Warren leads the Democratic Presidential race in New Hampshire, according to a new poll out today. The Monmouth University survey shows Warren ahead of former Vice President Joe Biden 27 percent to 25 percent. But that lead is within the margin of error in the poll, so it’s effectively tied.

Warren and Biden  are comfortably ahead of Vermont Senator Bernie Sanders who polls at 12 percent. South Bend Mayor Pete Buttigieg stands at ten percent. No other candidate reaches double digits. Warren’s support has grown 19 points in New Hampshire since May, while Sanders has dropped by eleven points.

A similar poll in Iowa released last week produced the same results, with Warren holding a slight lead over Biden. Monmouth University polling director Patrick Murray said of Warren, “She seems to be picking up support across the spectrum, with gains coming at the expense of Biden and Sanders.”

Iowa and New Hampshire hold the first two contests in the 2020 nominating process.