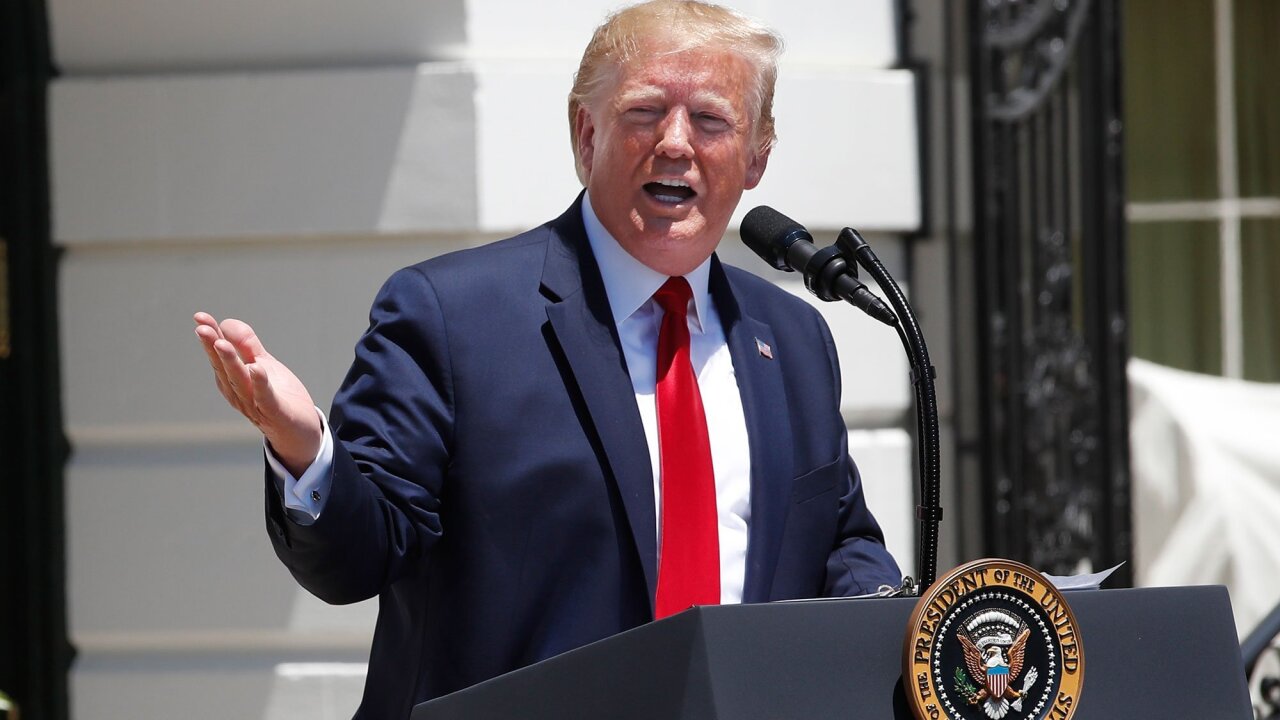 He mocked their marble. They laughed in his face. The United Nations and President Donald Trump are not, by most measures, easy friends.

Nevertheless, Trump traveled for the third time this week to the UN General Assembly more intent than ever on promoting his America First agenda in the place that appreciates it least.

It’s one presidential tradition Trump is loath to abandon: the yearly address inside the soaring assembly hall to a collection of presidents, prime ministers, dictators, royals and chairmen whom he now calls peers.

If Trump had any particular goals he was interested in conveying, he did not appear intent on flagging them ahead of time. Questioned about his UN message Friday in the Oval Office, Trump said only “we have a big message for UNGA” before turning abruptly to the announcement that Bill de Blasio, the New York City mayor, was withdrawing his Democratic presidential bid.

A day earlier, Trump told reporters aboard Air Force One he would tell the General Assembly in his speech that “the United States is the greatest country in the world” and “they certainly have one of the great Presidents in our history.”

But he did not expand on his ideas after eying a slice of chocolate cake on a reporter’s dinner tray — “I’ll grab that sucker right off your plate” — and offered instead a detailed recounting of his failed 2005 effort to renovate the UN’s riverfront headquarters: “They didn’t even know what New York steam was versus a boiler. They knew nothing.”

Those distractions aside, the UN meeting this year comes with high stakes.

Like most years, a brewing global crisis will dominate the President’s agenda at the UN: Iran and the brazen attacks on Saudi oil fields US officials say it carried out earlier this month.

And like most of Trump’s attempts to pivot to foreign policy, this week will be shadowed by an unrelated controversy: his reported attempt to convince Ukraine’s leader to investigate a political rival during a summer phone call.

Already, Trump faced questions on the Ukraine matter as he went from meeting to meeting on Monday. He told reporters his conversations with Ukraine’s leaders were without fault and said he wanted the world to see what he said.

The plots will converge Wednesday when Trump meets that very leader, President Volodymyr Zelensky, on the sidelines of the summit here.

But before then, the President will dart between meetings with more than a dozen foreign leaders on Monday and Tuesday, eager to apply his distinctly personal brand of one-on-one diplomacy to the world’s foremost body of multilateralism.

Trump’s address to the UN comes Tuesday morning, when he’s expected to again focus on national sovereignty and individual nations’ responsibility for self-defense. At the start of his address last year, Trump generated laughter among the delegates when he bragged about what his administration has accomplished. Later, he put on a brave face, saying the General Assembly was “laughing with me.”

But the moment resonated because of what it illustrated about Trump’s global standing.

Still, with two UNGAs under his belt, Trump is entering this year’s gathering more confident in a posture that largely ignores the agenda set out by other leaders and the United Nations itself. This year, Trump’s counterparts have singled out climate change as a chief area of focus, convening a day-long summit on Monday to lay out their plans to reduce harmful greenhouse gas emissions.

Trump was not originally planning to attend; instead, he organized his own summit on Monday morning focused on combating religious persecution around the globe.

At the last minute, however, Trump did drop in the climate session, sitting in the designated US seat while other leaders laid out their climate agendas. He left after 15 minutes for the religious freedom event, where he announced US funding for protecting religious sites and relics.

That’s an issue that appeals to US evangelical Christians, who form a key component of Trump’s political base. But Trump’s isolation on the climate issue is now apparent: in August, Trump skipped a session devoted to climate change at the G7 summit in France.

Trump is also making a political calculation in adopting Venezuela as a signature issue: the Venezuelan-American population in South Florida could determine that state’s 2020 vote, and with it the national count. Trump will assemble leaders from the Western Hemisphere on Wednesday to discuss the issue after attempts to knock President Nicolás Maduro from power sputtered.

There had been rampant speculation, fueled by Trump himself, that he would meet this week with Iran’s President Hasan Rouhani. But that seems less probable now in the wake of the Saudi oil attacks, which US officials have blamed on Iran.

More proof of Iran’s purported culpability could come this week when American officials present evidence linking Tehran to the episode. But deep divides over Iran persist between the US and its allies in Europe, who are still working to salvage the nuclear deal Trump scrapped last year.

On Monday, Trump sat for meetings with the leaders of Pakistan, Poland, New Zealand, Singapore, Egypt and South Korea — which all come carrying a unique set of policy flash-points and interpersonal dynamics.

Trump has volunteered to help mediate the dispute over Kashmir between India and Pakistan — an overture that India’s Prime Minister Narendra Modi says is unwelcome. It’s a rare disagreement between the two, who held hands Sunday at a rally in Houston called “Howdy Modi!”

Trump remained intent on his offer Monday, saying he was a known “arbitrator” who’d had success in the past. When a member of Pakistan’s media delegation suggested he be awarded a Nobel Peace Prize for his effort, Trump seemed to concur.

“I think I would get a Nobel prize for a lot of things, if they give it out fairly, which they don’t,” he said, noting with annoyance that his predecessor Barack Obama had been awarded the prize early in his presidency.

Trump’s first meeting with New Zealand’s leader Jacinda Ardern will bring together the embodiments of two global poles: Trump the conservative populist and Ardern a symbol of progressive values. One of the first national elected leaders to give birth in office, Ardern also garnered praise for her handling of a pair of March mosque shootings, including instituting a quick ban on assault weapons.

And Trump’s session with Egypt’s Abdel Fattah el-Sisi comes at a sensitive moment: rare anti-government protests broke out this weekend in Cairo calling for Sisi’s resignation after corruption allegations.

The flurry of individual meetings speaks to Trump’s preference for personal diplomacy rather than the collective approach embodied by the United Nations. The President and his aides have regularly criticized the body for being ineffective at solving the world’s most intractable problems and for taking positions on Israel and other matters that oppose the administration’s stance.

Even before he was President, Trump took issue with the green marble tiles that adorn the speaker’s platform.