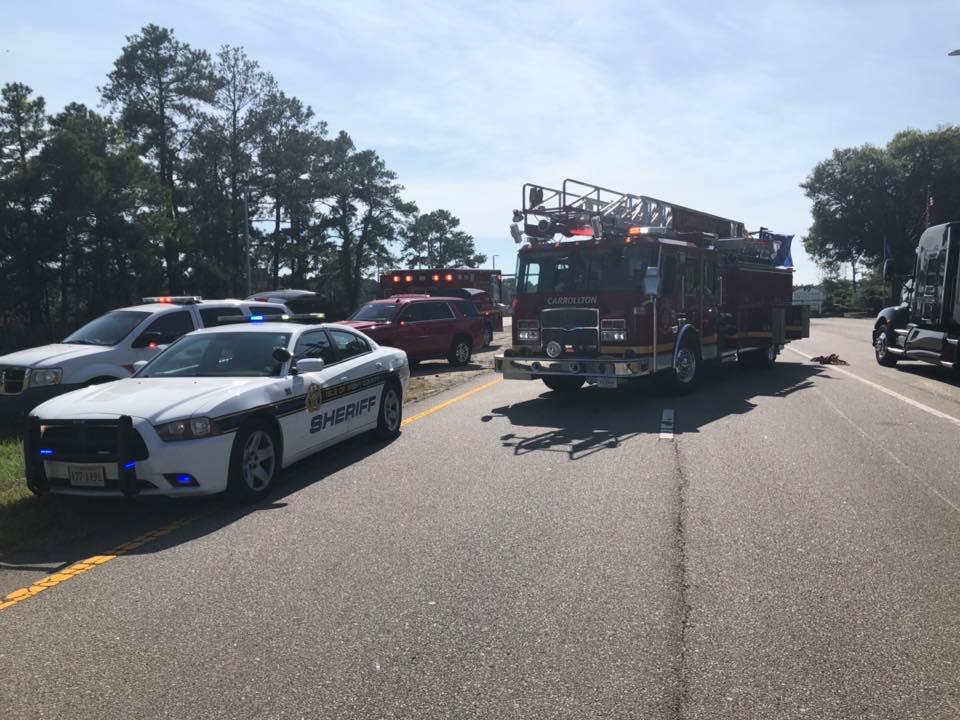 ISLE OF WIGHT Co., Va. – The Carrollton Volunteer Fire Department responded to a two-vehicle accident that left a person trapped inside a vehicle Thursday afternoon.

According to the department, the call came in at 2:30 p.m. for a crash in the 12400 block of Carrollton Boulevard.

When crews responded, they found that two vehicles had been involved in a crash with heavy damage. One person was trapped inside a vehicle and injured, and they were extricated and stabilized in eight minutes.

The patient was taken to a local trauma center.