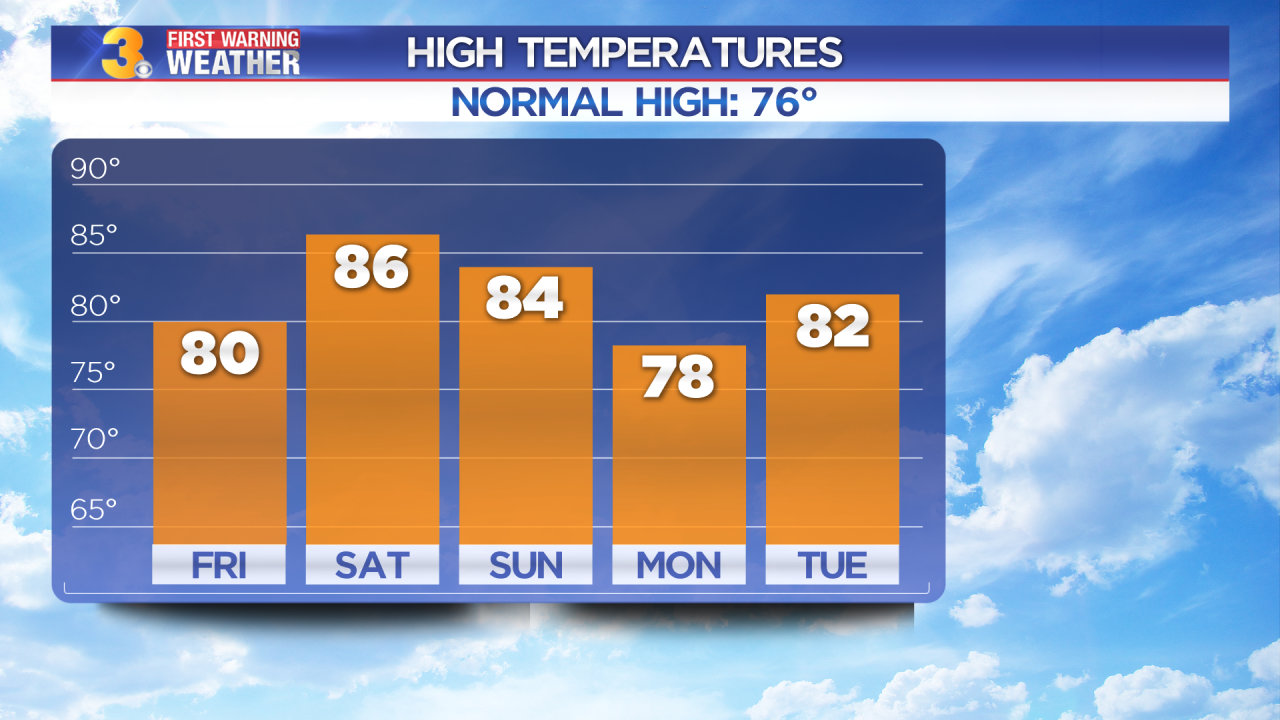 Cooler today but still muggy… Temperatures will only warm to near 80 today, about 10 degrees cooler than yesterday. Dew point values will remain in the mid 60s, making it feel more like summer than fall. Expect partly cloudy skies today with slim rain chances. It will be breezy again today with NE/E winds at 5 to 15 mph.

Expect a warm and muggy weekend with highs in the mid 80s. We will see partly to mostly cloudy skies this weekend with scattered showers and storms possible (20-30%).

Highs will cool to the upper 70s on Monday but we will gradually warm back to the mid and upper 80s through the week.

Lorenzo remains a major hurricane. Lorenzo is centered about 1620 miles SW of the Azores and moving NNW at 14 mph. A turn toward the north is expected on Saturday, followed by a turn toward the NE on Sunday. Maximum sustained winds remain near 145 mph with higher gusts. Lorenzo is a category 4 hurricane on the Saffir-Simpson Hurricane Wind Scale. Some fluctuations in strength are possible today. Slow weakening is forecast to begin by the weekend.