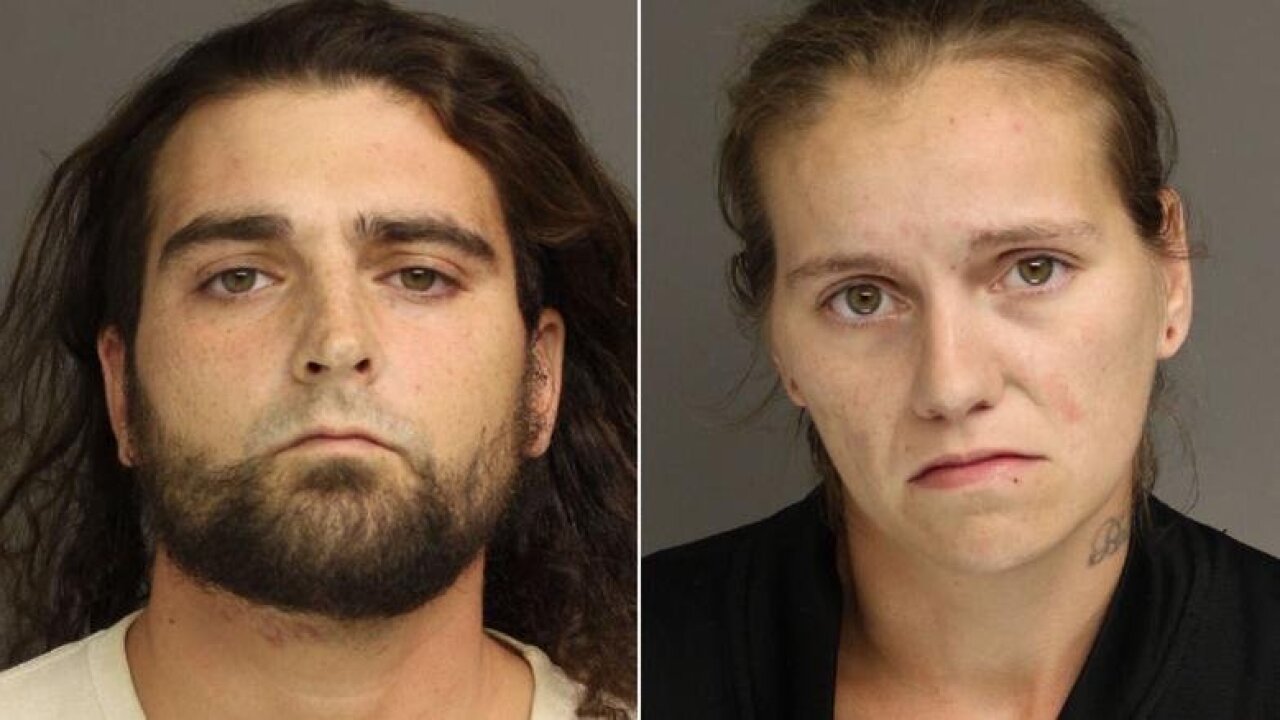 Charles Salzman Jr., left, and Kristen Bristow have been charged with aggravated assault and endangering the welfare of the child.

COCHRANVILLE, Pa. – The parents of an 11-month-old boy were arrested after allegedly falling asleep while their son overdosed on fentanyl in the backseat of their car, according to Pennsylvania State Police.

Kristen Bristow and Charles Salzman Jr. were charged with aggravated assault and endangering the welfare of the child, police said in a statement released Thursday. Salzman told police the two had been cleaning out Bristow’s car on Wednesday after allegedly using heroin at their Chester County home, according to the criminal complaint.

Salzman’s mother came out of the house to check on them and noticed the child unconscious and slumped over while his parents were either asleep or not reacting, the complaint said.

The family called 911, and first responders administered three doses of Narcan to the child, police said. He was taken to the hospital, and he is expected to survive, Michael Noone, first assistant in the Chester County District Attorney’s office, said.

Charles Salzman told police at the scene that he believed the child may have put a small bottle cap in his mouth, the complaint said, and that the cap had a white powdery substance consistent with heroin or fentanyl.

A representative for the Chester County public defender’s office told CNN by telephone they would assign a lawyer to Salzman, but had not done so yet, and that Bristow would likely be assigned a conflict attorney, since their office cannot represent two defendants from the same case.

Court dockets Thursday show that bail was set for Salzman and Bristow at $150,000 each. The dockets showed Friday that the two had not posted bail.

Pennsylvania State Police Trooper Kevin Kochka told CNN they see a lot of overdoses in the area, but not many involving children of that age.

“It’s something that’s really tough for our troopers, because the children are so innocent,” he said.

Noone said the area has seen a “marked” increase in fentanyl-related overdoses in the past few years. Still, he said the area has a multidisciplinary approach to fighting overdoses, involving representatives from a variety of local agencies, and that they saw an overall decline in the amount of overdoses last year versus the year before.

Noone said the child is expected to be released to a family member.