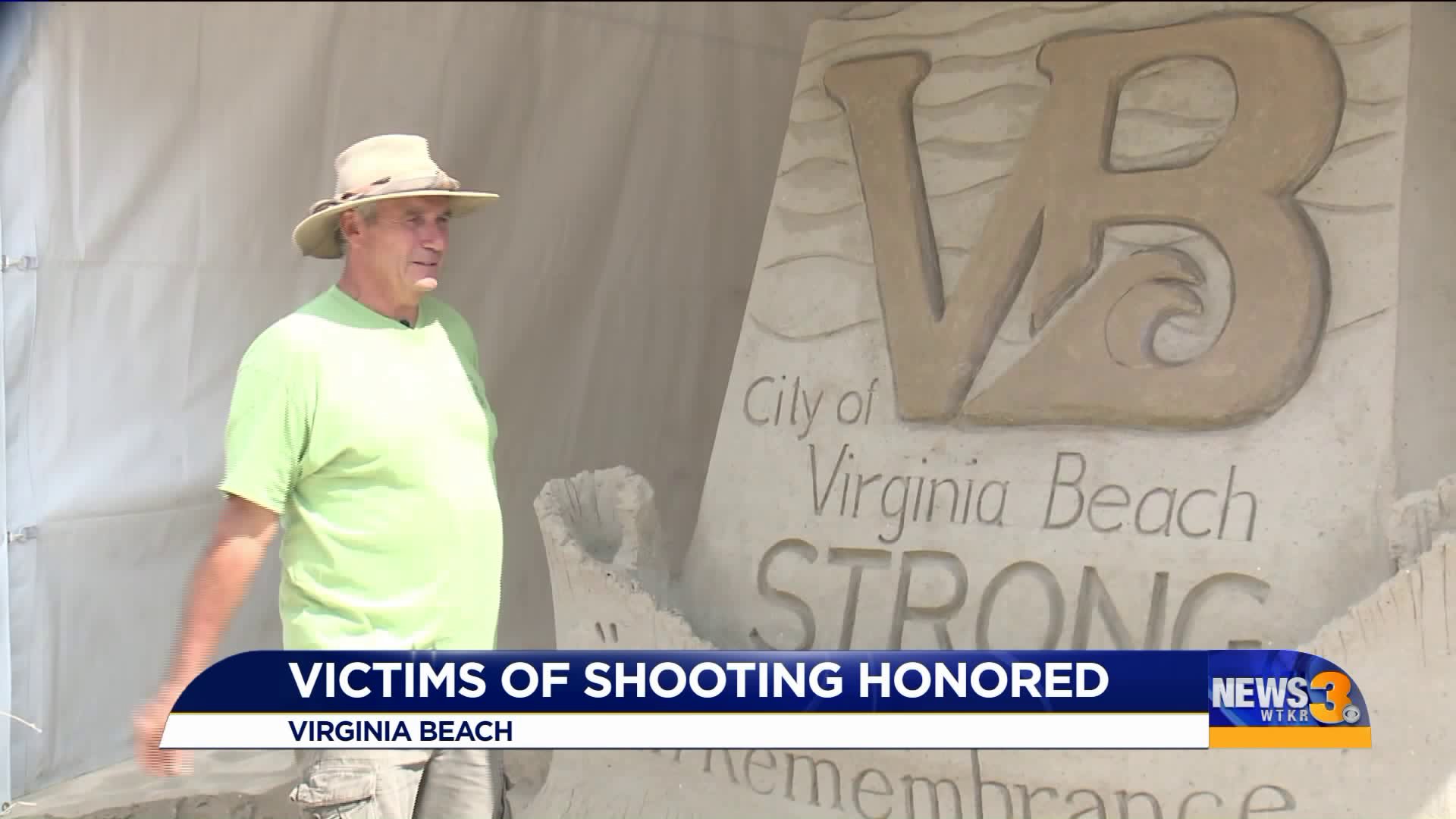 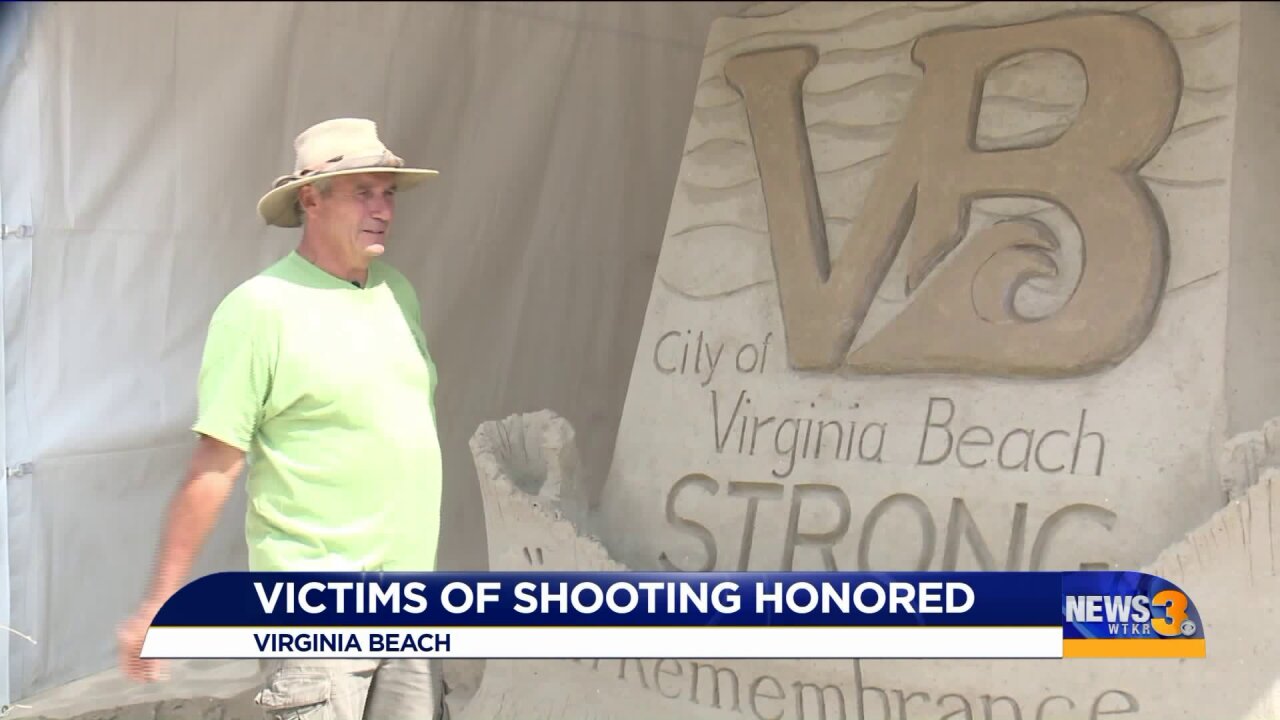 VIRGINIA BEACH, Va. -- "VB Strong" - one of the important messages at the 2019 Virginia Beach Neptune Festival.

One of the sand sculptures is dedicated to honoring the victims and first responders of the mass shooting at the Virginia Beach Municipal Center.

The sculptor's name is John Gowdy, a retired firefighter from Atlantic City, New Jersey, who took on sand sculpting.

"The management of the Neptune Festival gave me a call and said they wanted to do something uplifting for the community related to what happened here a few months ago," Gowdy said.

On May 31, a disgruntled city engineer entered Building 2 and open gunfire on those inside. Twelve people were killed, and the gunman was killed by police.

As for Gowdy, he has been coming to the Oceanfront for the last 25 years. He called it his second home and said shock hit him when he heard about the shooting.

His sculpture pays tribute to the 12 victims. As a retired firefighter, Gowdy  knows the feeling of answering a distress call when emergency strikes.

"I was just putting myself in those first responders' shoes," he said. "You know, everyone looks at firefighting and police as an easy job, but sometimes - like this event - it’s not an easy job. That was going through my mind when I was carving this."

It took a total of 24 hours for renowned sand sculptor John Gowdy to create this memorial with a significant message- to honor those who died in the Virginia Beach Municipal Center Shooting In May 31. #VBStrong

He worked three eight-hour days to produce the sculpture. People walking along the boardwalk take notice, stop and take pictures on their cameras.

One person who stopped to look at the sculpture was Lewis Schein, a Virginia Beach resident. He said he lives close to where the shooting happened.

"It’s so unnecessary, and the loss of lives - it’s a pathetic situation," Schein said. "But it’s nice to honor those that have passed on. I hope it doesn’t happen again."

Schein said he stepped inside the tent housing the sand-sculpting competition but was not told about the sculpture outside of the tent and next to the boardwalk.

"Nobody said a word, but now that I’ve seen it," he said, "it’s beautiful and it’s a wonderful thing to have."

The sand used for the sculpting contest was imported from other beaches. Gowdy said he also wanted to include as much of whatever he could find locally in his work.

"For the 'VB,' I made that from the natural beach sand from Virginia Beach," Gowdy said. "It’s like part of the hometown; it’s not imported sand."

Gowdy said he hopes this sculpture lasts for a long while, but said he would have liked to add more detail.

"I was going to put waves with dolphins and things, but again, I just wanted to make it look like the municipal building and hope it would turn into some type of memorial," he said.

The sculpture can be seen from the boardwalk. It is located near the 7th Street entrance.