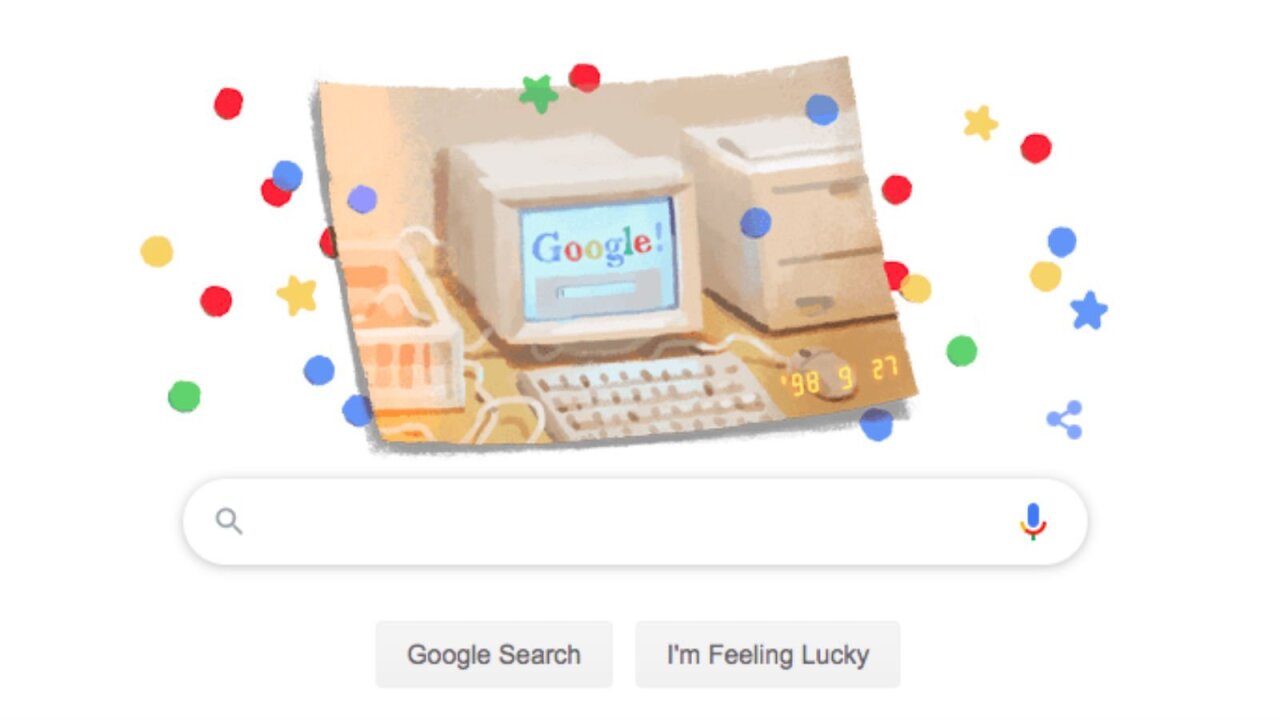 You’d be forgiven if Friday’s Google Doodle threw you off a little bit. Usually when you click on the little masterpieces, it takes you to a Google page full of info about whatever milestone or memory they’re highlighting.

But the Google Doodle for September 27 just takes readers to … more Google?

Surprise! It’s Google’s birthday. The eponymous search engine is turning 21. There are some big hints in the doodle, which features a beige clunker of a computer and an old-school camera date: ’98 9 27. Once you click, the Google logo changes to “GOO21E” which … well, it’s way more legible in their typeface, but you get the idea.

To be clear, Google’s official start date was actually September 4, 1998, but for several years now, they’ve marked their official birthday on the 27th.

Of course, you’re not a real Google fan if you don’t know the backstory to its name: Google takes its name from the number “googol,” which is a “1” followed by 100 zeroes. (A googolplex, on the other hand, is a “1” followed by a googol zeroes. Google even named its headquarters the Googleplex.)

It’s kind of adorable that Google celebrates itself with a Google Doodle, like when the Mars rover Curiosity paused while exploring a desolate and inhospitable planet to sing “Happy Birthday” to itself — except not as sad.