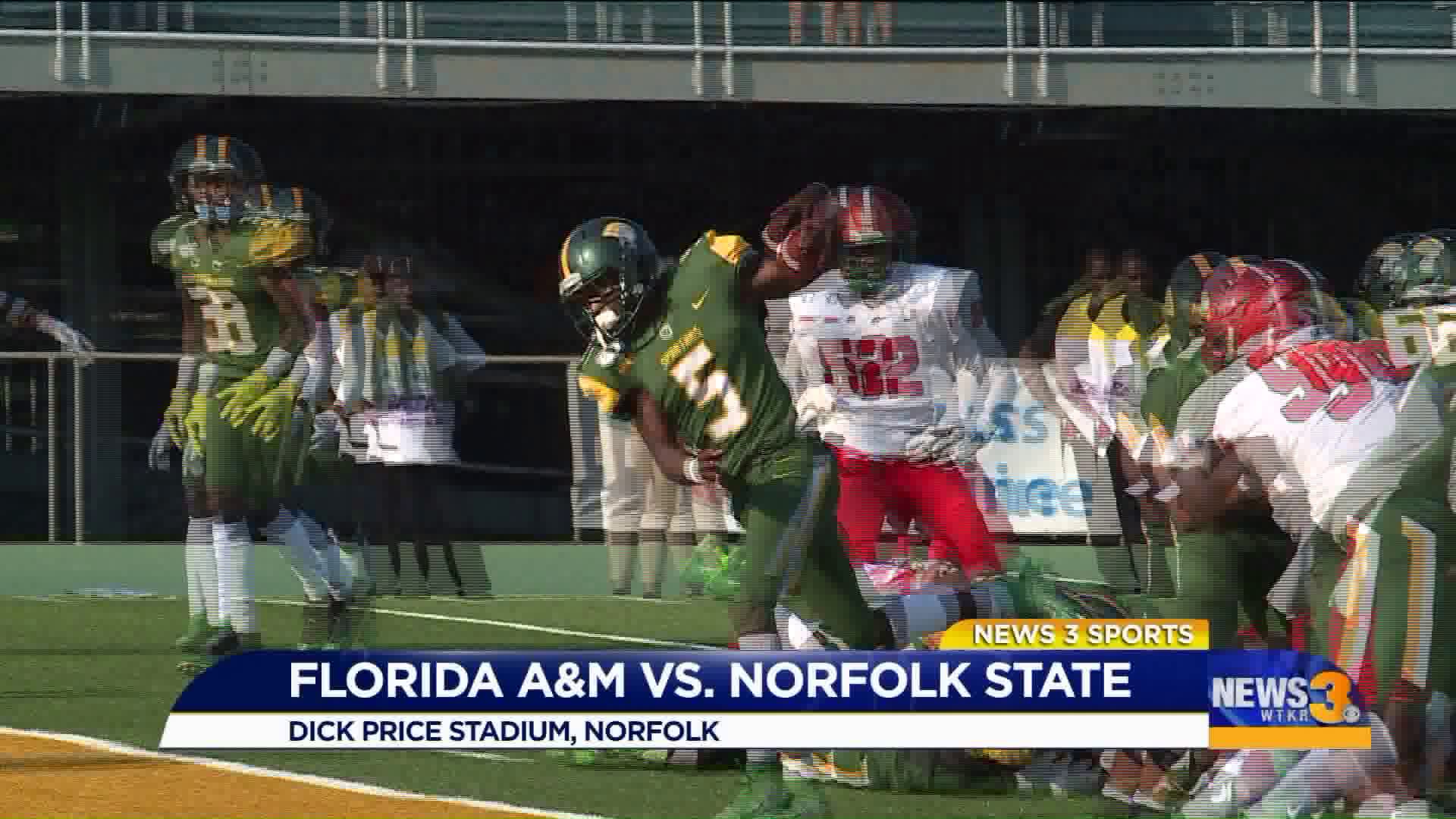 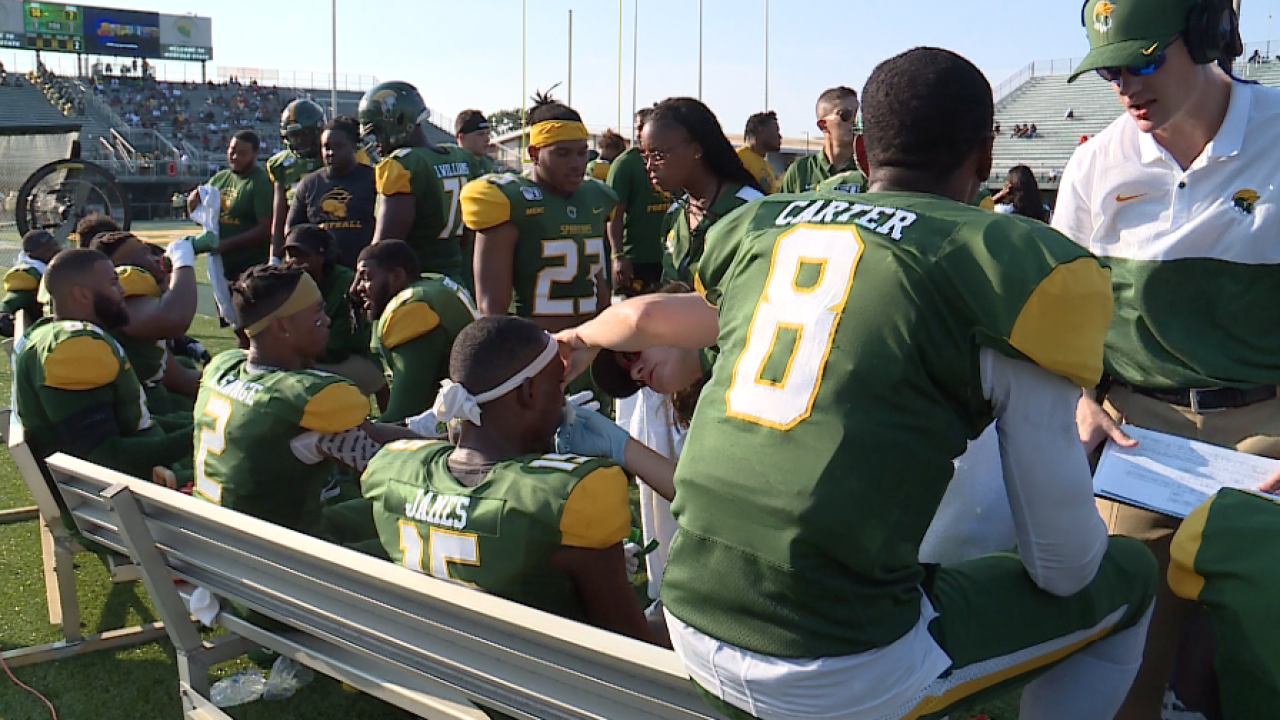 Aly made two of his three field goals - including a 52-yarder - in the decisive second half. The lone turnover on the day, a Cortez Reid interception off a deflected Spartan pass, set up Jennings' 6-yard run with 4:36 remaining that gave FAMU (3-1, 1-0 MEAC) a 30-21 lead.

NSU (1-4, 0-1 MEAC) got within two on a 26-yard TD pass from Juwan Carter to Anthony Williams with 1:08 left to play. But the ensuing onside kick went out of bounds, and FAMU ran out the clock.

The teams traded blows all game behind the efficient performances of Carter (28-of-42, 308 yards) and his counterpart, FAMU quarterback Ryan Stanley (27-of-37, 293 yards). NSU took the opening kickoff and drove 74 yards in 11 plays. Kevin Johnson capped the drive with a 5-yard TD run with 9:48 left in the first.

The Rattlers answered, driving 75 yards for the tying score - a 40-yard scoring pass from Stanley to David Manigo, tying the game just 1:39 later.

So it went in the second quarter. Gerald Hulett capped a 13-play, 83-yard drive with a 2-yard TD run to put NSU on top 14-7. But FAMU tied it up on a 6-yard Jennings TD scamper with 4:18 left before halftime.

After forcing an NSU punt, the Rattlers went into the locker room with a 17-14 lead thanks to Aly's first field of the day, 30-yarder with 14 seconds remaining in the half.

Aly then booted a 52-yarder after FAMU's first drive of the third quarter, extending the lead to 20-14. But this time it was NSU's turn to respond. Carter was 4-for-4 through the air on the next drive before Johnson capped it with an electrifying 36-yard touchdown run where he bounced off several FAMU defenders and outraced the rest for his second score of the day. Josh Nardone's extra point put the Spartans in front, 21-20, at the 7:16 mark of the third quarter.

After forcing a Spartan punt, FAMU appeared set to go up two scores early in the fourth. But on 4th-and-goal from the 16, the Rattlers opted for a fake field goal, and Christian Mastramico's pass was knocked away by Devyn Coles.

But when the Spartans got the ball back, Carter's 3rd-and-17 pass deflected off the hands of a receiver and was picked off by Reid at the NSU 34. Six plays later, Jennings found the end zone on a 4th-and-1 run to put the Rattlers ahead 30-21 with 4:36 left to play.

Carter drew NSU to within 30-28 with a 26-yard TD strike to Williams, who brought the ball down against close coverage near the back of the end zone with 1:08 left to play. It was the pair's third straight week connecting on a scoring play.

With the Spartans out of timeouts, NSU opted for the onside kick, but it went out of bounds to turn possession back to FAMU.

For the Spartans, Johnson ran seven times for 53 yards and two scores. Carter logged his third career 300-yard passing game by completing passes to eight different receivers - all of whom caught at least two passes. Da'Kendall James led the way with a season-high six grabs for 61 yards. Justin Smith (78 yards) and Marcque Ellington (career-high 77) both made a career-best five receptions.

Bishop Bonnett rushed for 109 yards for the Rattlers, who finished with 431 total yards. Xavier Smith caught 12 passes for 98 yards.

NSU is back home again next Saturday to host North Carolina A&T in a 2 p.m. matchup.