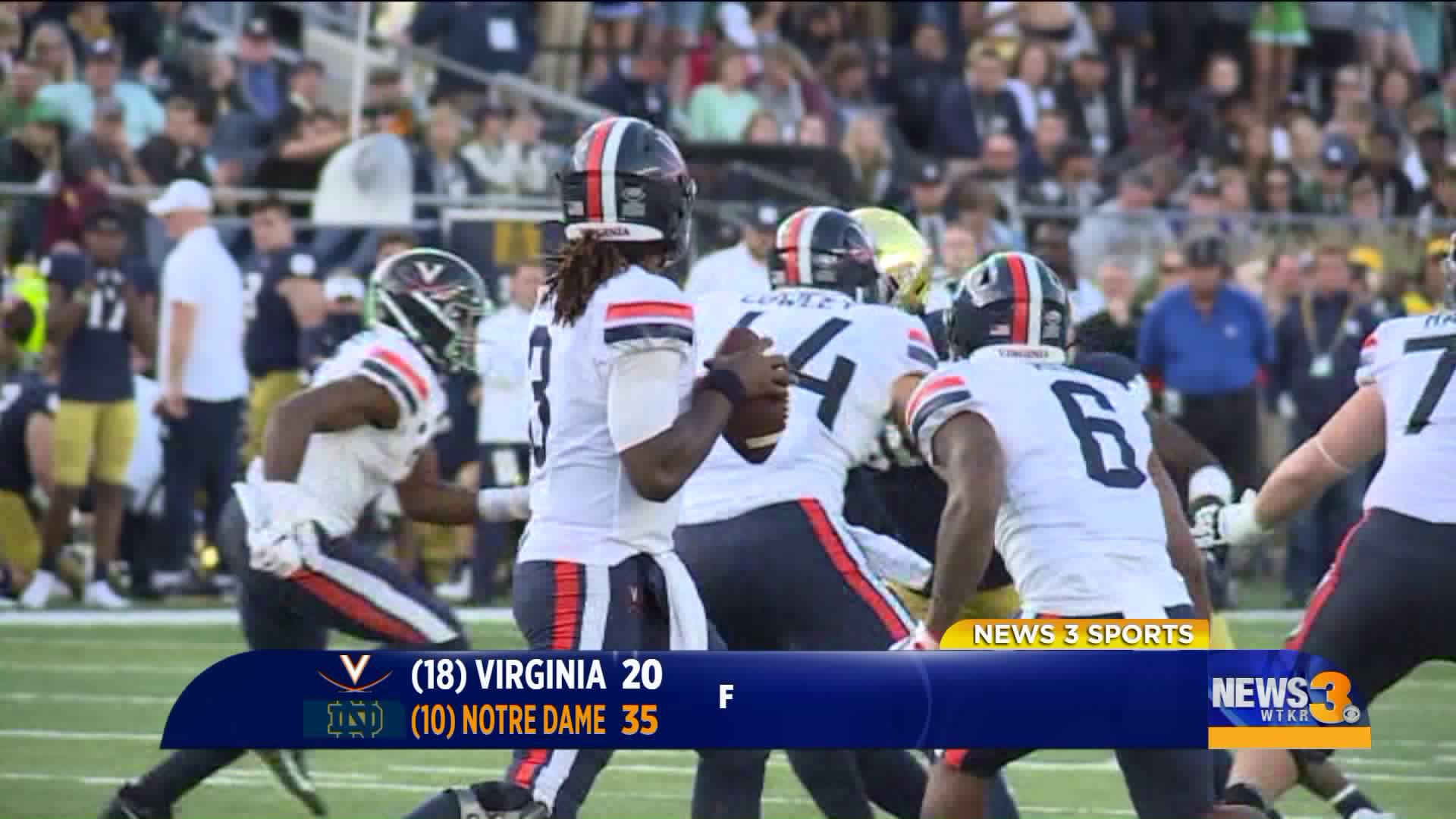 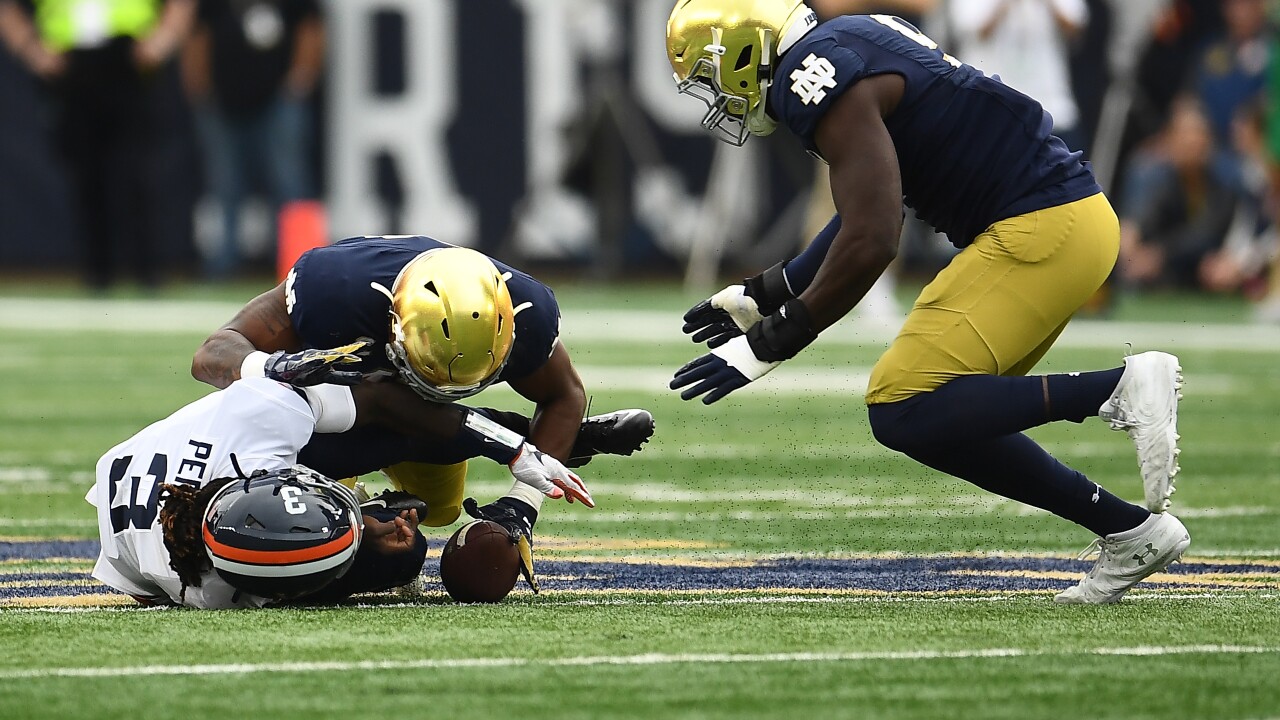 In program history, UVA has never defeated a top 10 team on the road. What's more, Notre Dame - when nationally ranked, is unbeaten all-time at home vs. ACC teams (0-21).

Quarterback Bryce Perkins (Queen Creek, Ariz.) threw for 235 yards and two touchdowns in the first half. Wide receivers Hasise Dubois (Irvington, N.J.) and Joe Reed (Charlotte Court House, Va.) each had over 100 yards receiving and scored a touchdown for the Cavaliers.

HOW IT HAPPENED
Virginia struck first with a six-yard touchdown pass from Perkins to Reed just over four minutes into the contest. Notre Dame responded with two touchdowns in the first quarter to lead 14-7. Kicker Brian Delaney (Chantilly, Va.) converted a 32-yard field goal to cut it to 14-10. With 43 seconds remaining in the first half, UVA had a five-play, 76-yard drive capped off by a 16-yard touchdown pass from Perkins to Dubois to lead 17-14 at the half.

UVA started the second half with an on-side kick recovered by cornerback Bryce Hall (Harrisburg, Pa.), but the Cavaliers were unable to score. Notre Dame scored three consecutive touchdowns to lead 35-17 with 10:28 to play. Delaney hit a 27-yard field goal for the final score of the game.

NOTES
• Entering the game Notre Dame only allowed one passing touchdown. Virginia finished with two passing touchdowns.
• UVA's drive that ended up with a 32-yard Brian Delaney field goal in the second quarter was 16 plays and took 7:11 off the clock. Both are season highs for drive plays and drive time of possession.
• UVA started the second half with an on-side kick recovered by Bryce Hall. It was the first recovered on-side kick by UVA since the 2018 NC State game. Previously, UVA had not recovered an on-side kick since the 1998 Peach Bowl.
• QB Bryce Perkins has connected for at least two passing touchdowns for the third time this season and for the twelfth time in 18 career games.
• With 143 receiving yards, WR Hasise Dubois became the 41st Cavalier to reach 1,000th career receiving yards.
• Dubois finished with a career-high 143 receiving yards.
• WR Joe Reed had a career high with nine receptions.

UP NEXT
Virginia will have the week off for its bye week before traveling to Miami for a Friday night contest on Oct. 11 at 8 p.m. in Miami, Fla.