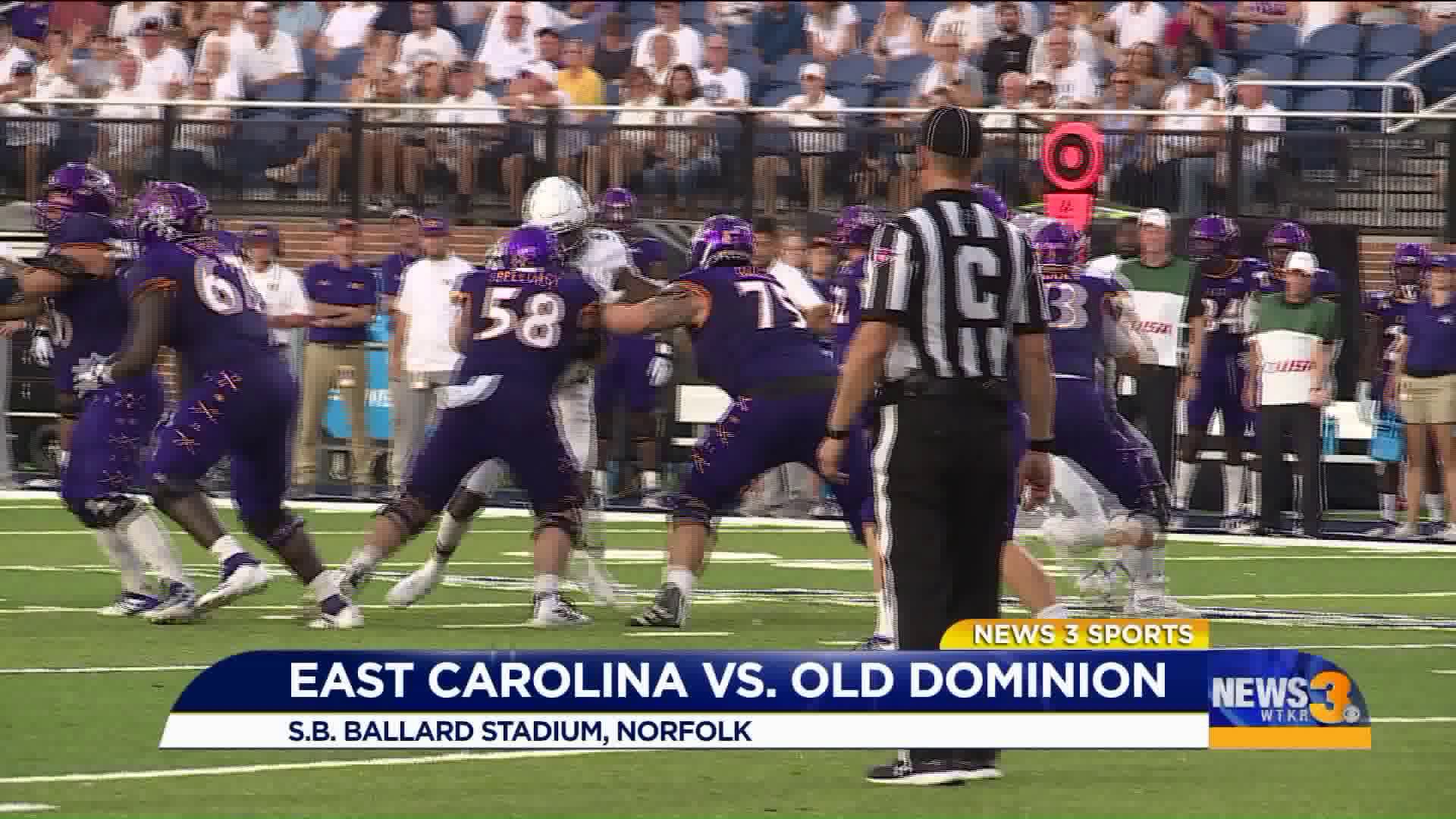 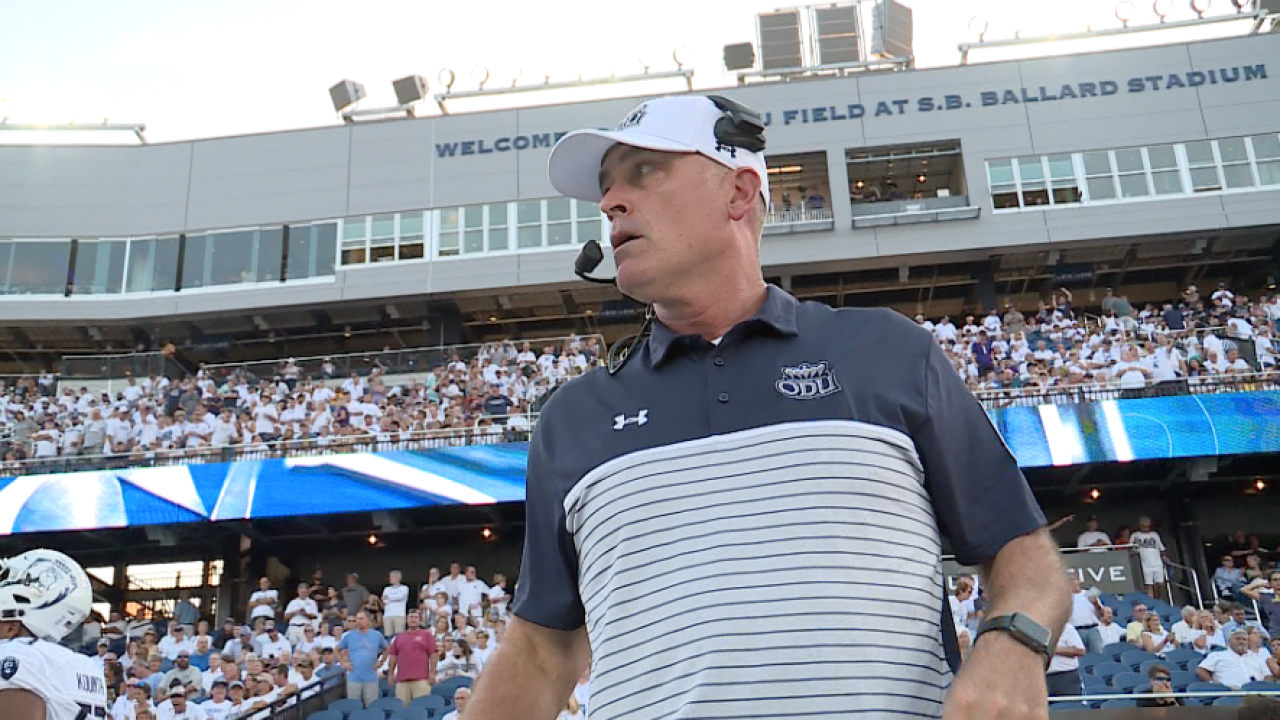 ECU rode a 17-3 halftime lead on its way to a 24-21 win vs. Old Dominion Saturday night in Norfolk. The loss is ODU's third straight, dropping the Monarchs to 1-and-3 on the year after playing both Virginia Tech and Virginia close in early-season losses.

ODU was without four of its best offensive players, including wide receiver Eric Kumah and running back LaLa Davis, the Monarchs' top pass receiving and rushing threats. ODU was also missing right tackle Nick Saldiveri, one of its best blockers, and wide receiver Jake Herslow, who is third on the team in receptions. All were sidelined by injuries.

Monarchs quarterback Stone Smartt completed 20-of-30 passes for 203 yards. He was intercepted twice. Smartt also led the team in rushing with 76 yards on 22 carries. No other ODU player gained more than nine yards.

The Monarchs begin Conference USA play next Saturday at home against Western Kentucky. In order to reach the six wins required for bowl eligibility, ODU must go at least 5-and-3 in C-USA play.

"I'm not thinking about bowl eligibility right now. I'm thinking about going 1-0 in Conference USA," ODU head coach Bobby Wilder said after the game. "I told the players in the locker room that the non-league is over, that right now we are 0-0. All that matters to this football team is beating Western Kentucky. If we beat them, that changes everything. Then we’re 1-0 in the league."