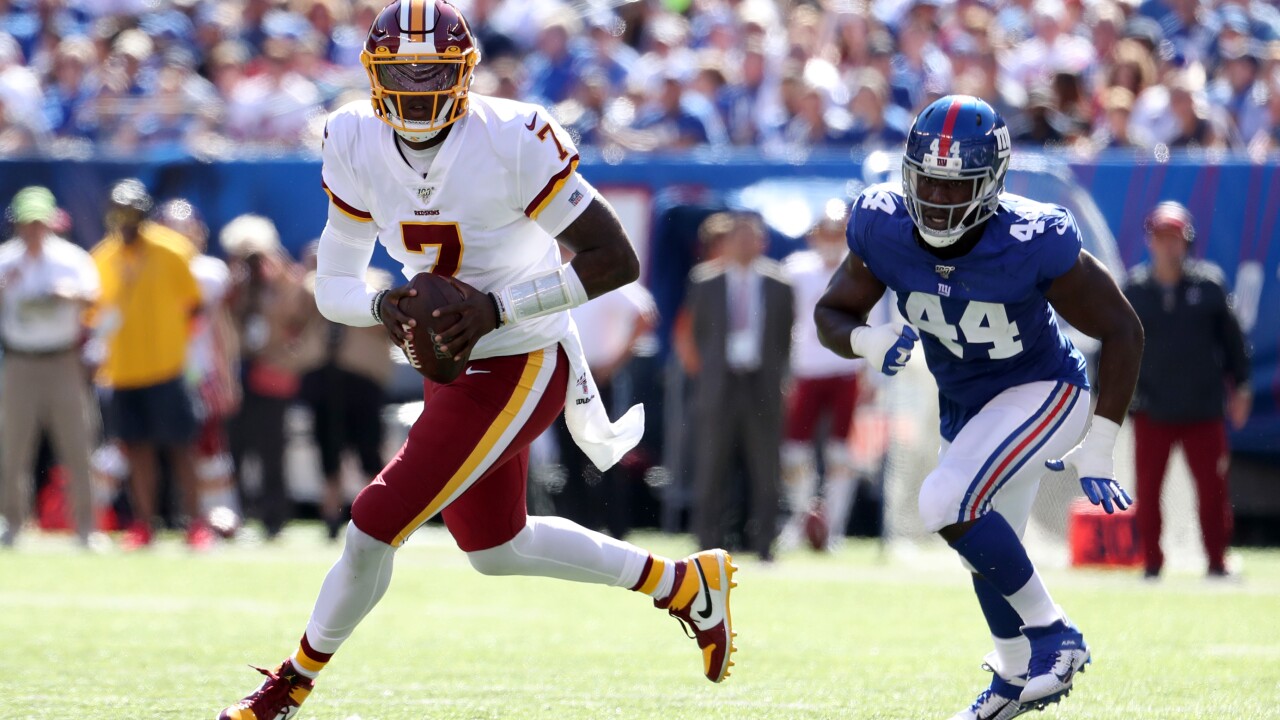 EAST RUTHERFORD, NJ – For the first time since 2001, the Washington Redskins are winless in their first four games of a season.

Sunday, in a game that saw rookie quarterback Dwayne Haskins make his NFL debut, the Redskins fell at the New York Giants 24-3. Haskins, selected with the 15th overall pick in the 2019 NFL Draft, replaced starting QB Case Keenum late in the first half with his team down 14-0 and Keenum was able to engineer just one first down.

For the game, Haskins was intercepted three times – with one of the picks being returned for a touchdown by Jabrill Peppers. The rookie QB completed nine of 17 passes for 107 yards. He took two sacks in addition to throwing three interceptions.

The Redskins defense forced four Giants turnovers after having just a pair of turnovers in its previous three games. However, penalties again plagued Washington. The ‘Skins had more penalties (12) than first downs (eight).

The Redskins host the undefeated New England Patriots Sunday at 1 p.m. in a game that will be broadcast live on News 3.