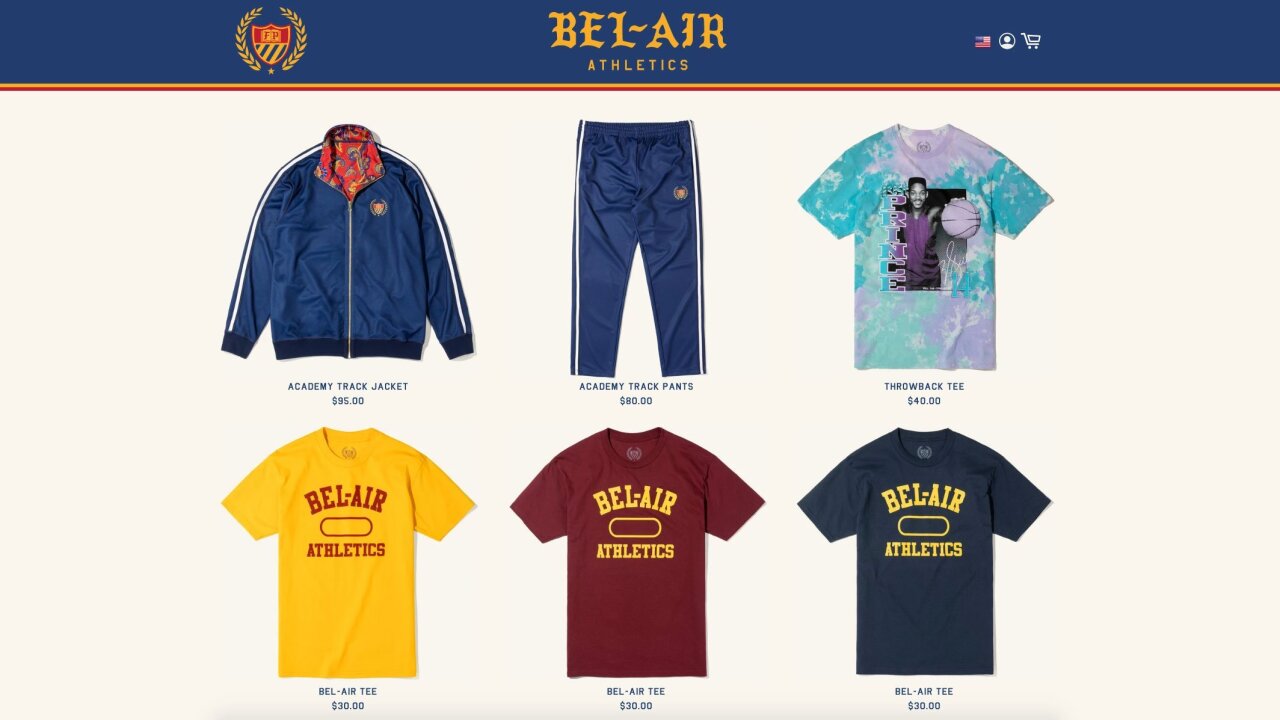 Will Smith is rolling out a “Fresh Prince of Bel-Air”-themed clothing line to outfit the Fresh Princes and Princesses in your life.

Will Smith knows we’re all obsessed with ’90s reboots. It might be why he starred in the live-action “Aladdin.” But he’s taking another stab at nostalgia-mongering, and this time, he’s going home to Bel-Air.

Will Smith is rolling out a “Fresh Prince of Bel-Air”-themed clothing line to outfit the Fresh Princes and Princesses in your life.

That’s right: Smith is rolling out a “Fresh Prince of Bel-Air”-themed clothing line to outfit the Fresh Princes and Princesses in your life.

You, too, can chill out, maxin’, relaxin’ all cool in a Bel-Air athletics sweatshirt or an acid-washed throwback tee with the fictional Smith clutching a basketball (it’s what he was shootin’ outside the school when he got in one little fight, remember? Then his mom got scared, and then she shipped him out West. You know, the impetus of the whole show!).

But dressing like Smith’s Philly-to-Cali basketball star doesn’t come cheap. Socks are $15, shirts run $30 to $40 and hoodies, track pants and a custom Bel-Air basketball run $60 and up.

Smith modeled the collection in an Instagram video, every bit the goofy dreamboat he was when the show ended more than two decades ago.

I put my thang down, flipped it and reversed it. Then I put it on sale. NEW @FRESHPRINCE MERCH! willsmith.com

Just dropped some @freshprince merch and could use a hand picking it up 😎 willsmith.com

Related: Fresher than ever: Will Smith celebrates 50th birthday with epic bungee jump over Grand Canyon

Plus, no “Fresh Prince” merchandise line would be complete without an air freshener. The new car-scented cartoon Will Smith can hang in the mirror⁠—perhaps where one would normally hang dice⁠—to keep your cab anything but rare.

It all begs the question⁠—is a “Fresh Prince” reboot imminent? If so, which of the two Aunt Viv actresses would star? How will Will honor Uncle Phil (the actor who played him, James Avery, died in 2013)? Will Carlton go viral on TikTok with his infamous dance?

Only time will tell. But until then, in Will’s words, smell you later!