CHESAPEAKE, Va. -- For seven years, Destiny Rezendes, an artist from Chesapeake, has mixed acrylic paint and resin on canvas to create multi-colored murals.

Recently, however, she used a new medium in work that Rezendes said will continue her mother's legacy.

“The gold - I mean, she was addicted to gold and she had beautiful blue eyes like this color," Rezendes said.

She described her most recent painting using the same attributes as her mother, Deborah. That is because this painting, one of five, contained some of her late mother's ashes. 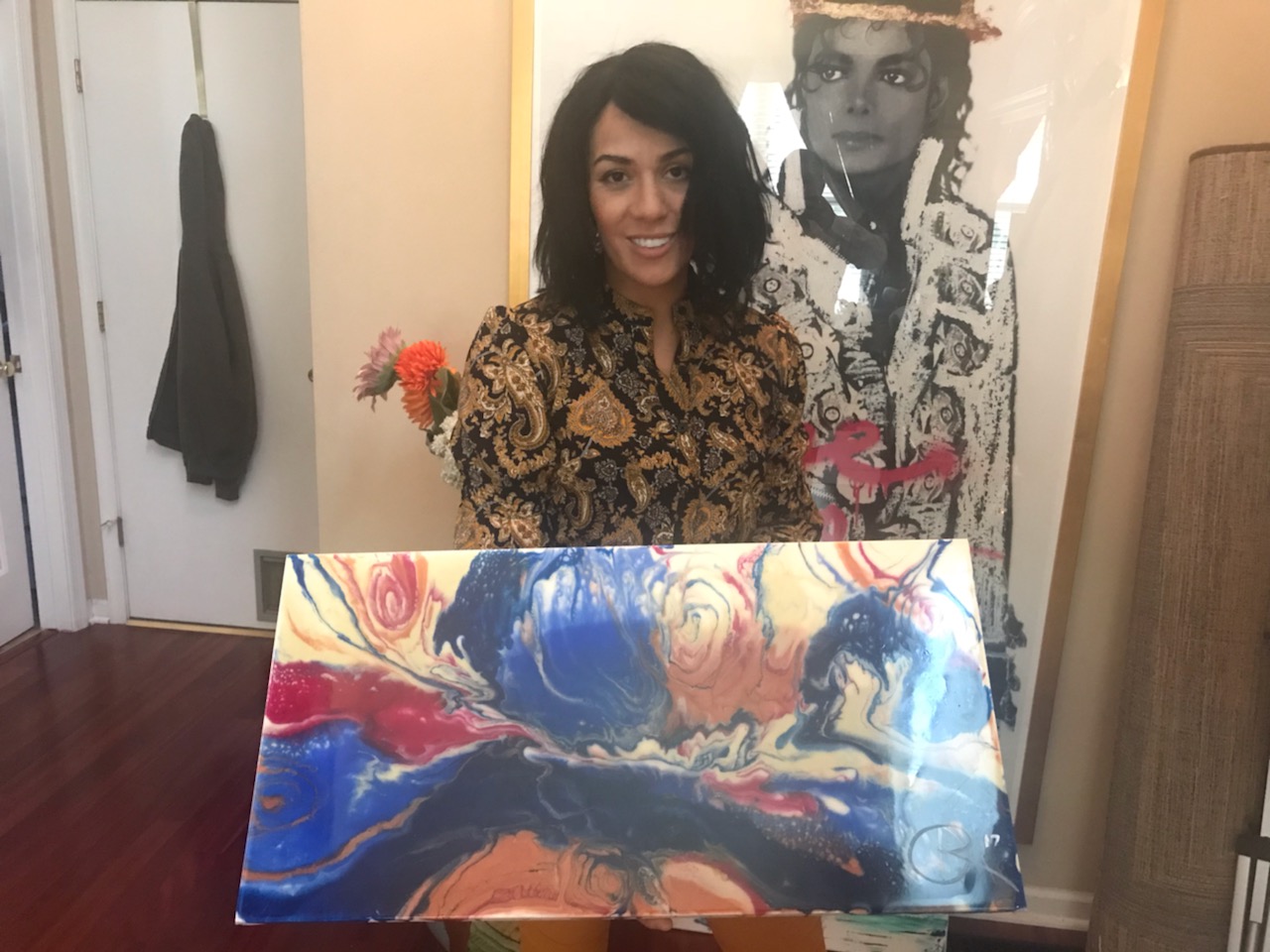 “I had a terrible attachment to my mom. I guess someone would call it unhealthy," Rezendes explained, "but I just was grieving. I’m still grieving; I’m always going to be grieving.”

Just days before Christmas in 2017, Rezendes got a call: Doctors in Oregon, where Rezendes lived and grew up as child, said her mother was in critical condition after a knee surgery.

She caught a plane to see her. Rezendes said there was a snowstorm along the western part of the United States, but she was determined to see her.

“My brother called and said, ‘Don’t worry; Mom loves you so much. I promise she will hold on until you get here,'" Rezendes said. "The doctors said, ‘Don’t give her that hope; she’s not going to.’ But she did."

Rezendes said that once she got  to her mom at the hospital, "she looked like an angel by the time I got there, and I got six hours with her before she passed.”

Her mother was cremated and her ashes put into a black box that Rezendes still carries. She also created a small shrine in homage to Deborah's legacy, with the box in the center and items surrounding it that Deborah liked.

To Rezendes, Deborah was more than a mom. She said her mother was also her best friend.

“I talked to her, like when I moved here, I was 18, and I spoke to my mom up until the day she died, probably four hours a day," she said. "There’s nobody in the world I relate to more.”

Rezendes said she has already received offers from people who want to buy the paintings. Though the paintings are sentimental to her, she said she would be willing to part with them.

“I wanted to build a legacy for my mom," Rezendes said. "There’s a lot of things she did that will go unaccounted in history."

As for the remainder of the ashes, Rezendes said she will soon go to the Redwoods Region of California to spread them. It is where Deborah took Rezendes as a child on multiple occasions.

Word of her work has been getting around. Rezendes said people have reached out to her to include the ashes of their loved ones and pets in custom paintings. Rezendes said a mother recently asked her to use her newborn infant’s ashes.

More information on her work, as well as information on how you can request a custom painting, is available on her website. All her work is produced from her studio in Chesapeake.