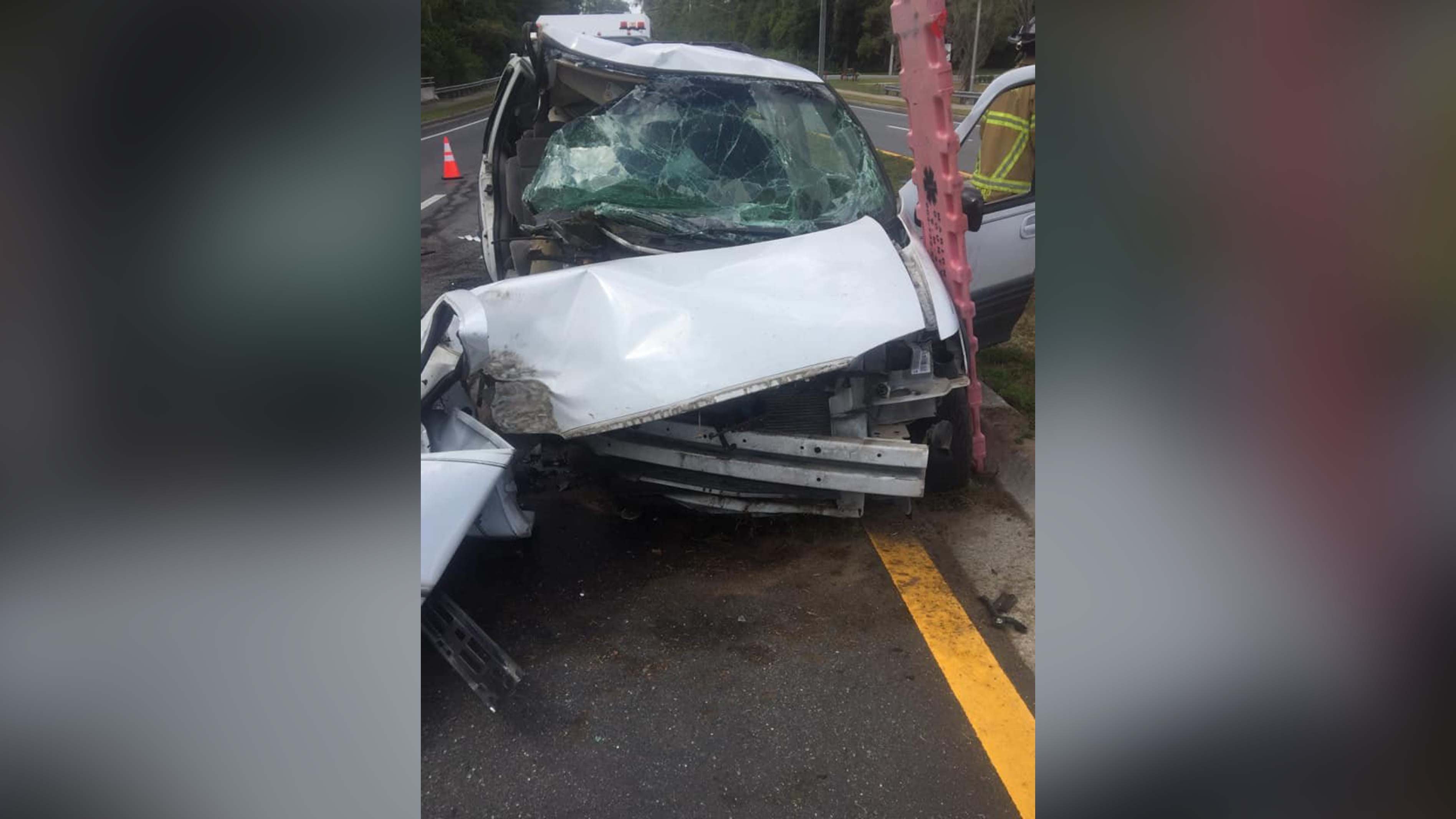 A Florida woman is facing attempted murder charges after police say she told her four children to unbuckle their seat belts and then purposefully drove a minivan into a tree yesterday.

Calicia Williams and the children, who are between 7 and 13 years old, were all injured in the crash, Ocala police said in a release.

Williams was speeding and told the children to take off their seat belts and stretch out their hands before the crash, according to the release.

Williams was standing outside of the van when police arrived. She told an officer that her husband had put a hex on her and caused her to crash, and she “kept rambling on about spells and voodoo,” according to the police report.

Williams also told police that she had “marijuana in her system,” the report said.

“(D)ue to tire and furrow marks in the median it appeared the Pontiac was steering directly toward the tree that was struck,” the investigator at the site reported, according to the release.

Williams and the four children were transported to local hospitals. The children are in stable condition, a police spokesperson told CNN.

Williams was arrested and charged with four counts of attempted murder. She will be taken into custody when she is released from the hospital.

CNN wasn’t able to determine if Williams has an attorney.