Half taxi, half police car hits Norfolk streets to warn about drunk driving 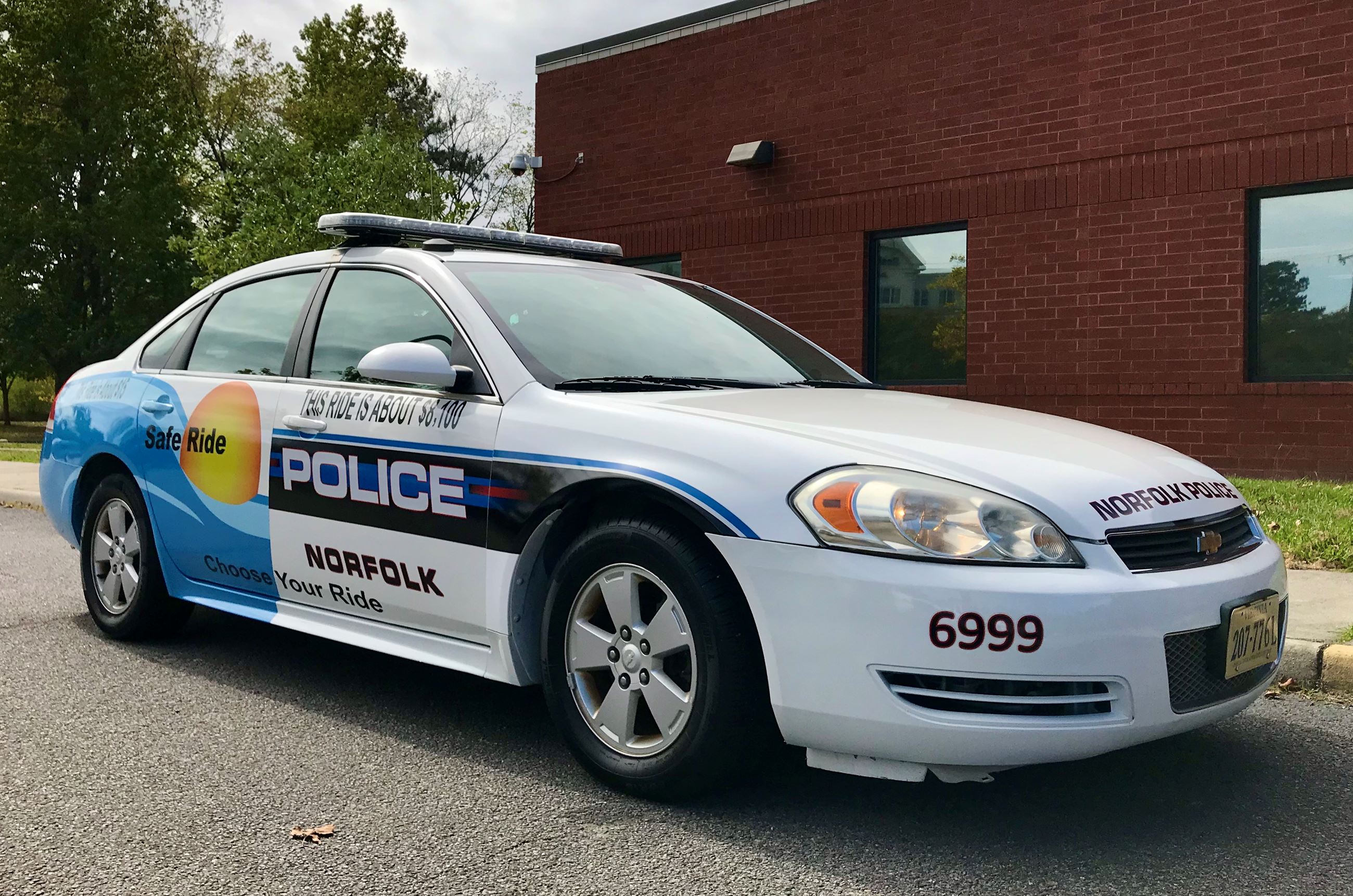 NORFOLK, Va. – Norfolk Police are reminding people not to drink and drive.

A “police taxi” with a distinctive paint job has hit the streets of Norfolk to discourage people from drinking and driving.

“The police taxi will be utilized at DUI checkpoints and placed on display at various locations and events throughout the city,” Lieutenant Michael Felix of the Norfolk Police Traffic Division explained.

“Our hope for donating this vehicle to the police department is to encourage our community to drink responsibly and never to drink and drive,” said Judith Swystun, President of Coastal Ride.

Related: Drunk driving kills someone every 48 minutes & July is the deadliest month

A message painted on the side reads, “Choose your ride,” pointing to the fact that a tax ride could cost only around $15 while a police ride for driving under the influence of alcohol could cost up to $8,100.

The police taxi will make its debut on the evening of Friday, October 4 during “First Fridays” in Downtown Norfolk and will mainly serve as a rolling billboard.

The city said it will not operate as a standard police car, and it doesn’t work as a taxi. Instead, it was designed to start a discussion and make people think before they act.

“The goal behind this unique vehicle is to increase public awareness, create discussion about the dangers of impaired driving and remind motorists that they need to make responsible decisions while drinking,” Felix said.