If this woman stays off her smartphone for an entire year, she’ll win $100,000 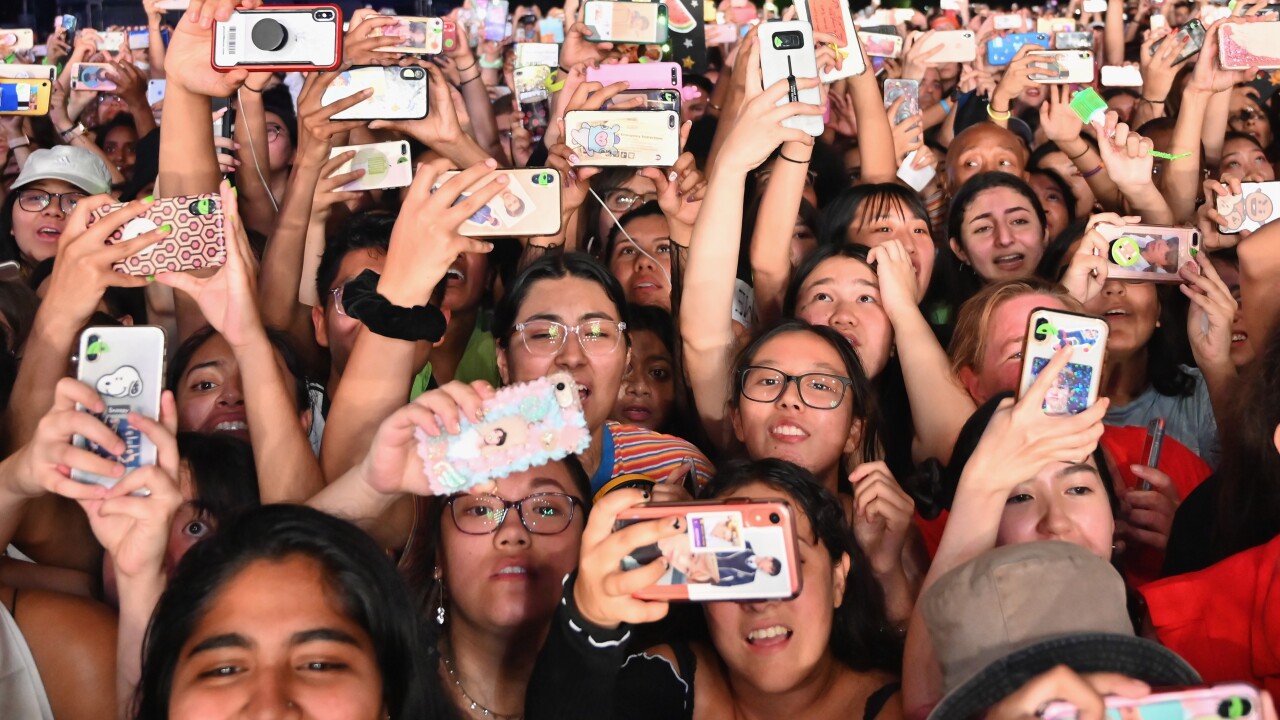 TOPSHOT – People in the crowd hold up their smartphones during the 2019 Global Citizen Festival: Power The Movement in Central Park in New York on September 28, 2019. (Photo by Angela Weiss / AFP) (Photo credit should read ANGELA WEISS/AFP/Getty Images)

Could you survive for an entire year without access to Snapchat, TikTok, Instagram or any other app?

Elana Mugdan, a 29-year-old fiction writer from Queens, New York, has taken up that challenge in hopes of landing a big payday.

In December, Vitaminwater chose Mugdan from a pool of more than 100,000 applicants for their “Scroll Free for a Year” challenge. If she can go an entire year without using a smartphone or tablet, she gets the money.

To ensure she plays fair, Vitaminwater replaced her iPhone 5s with a Kyocera flip phone that she can only use to call and text. The beverage company plans to give her a lie detector test in February 2020, when the challenge ends.

During the challenge, she’s limited to her flip phone, laptop or desktop computers, and voice-activated devices that aren’t smartphones like the Amazon Echo.

Nearly eight months into the challenge — and still going strong — Mugdan says it’s been one of the best adventures of her life.

“Getting away from the smartphone has been freeing, and it has opened my eyes and made me more aware of some of my other bad health habits.” Mugdan told CNN.

“Now I’m working on turning my life around, slowly but surely, day by day.”

elana is a young-adult fantasy author who's excited to put down her phone for a year and finish her book series (or at least find more creative ways to procrastinate). give her a follow @dragonspleen. good luck, elana. 📵 pic.twitter.com/2x6AuROeRw

Living without a smartphone hasn’t been easy

Mugdan says she was happy to accept the challenge, but immediately faced unexpected difficulties.

“Once, I almost got stranded in the SeaTac airport because the phone number I’d written down was wrong, and I had no way of looking up the right one, no way of calling a cab or Uber, and no one in the state who could help me,” Mugdan said.

Another time, her car’s check engine light turned on while she was driving late at night in an unfamiliar area. Without internet access or her GPS app, Mugdan had no way to find out what the light meant or where to go for help. She didn’t even know how close she was to the nearest rest stop.

The challenge has impacted her social life. Because she can’t exchange photos and videos with friends or browse their social media profiles, Mugdan said she sometimes feels “disconnected.”

“Being out with folks who are constantly checking their phones and showing each other their phones and taking selfies really highlights just how addicted everyone is, and now I feel like an outsider looking in at something odd and a little unsettling,” she said.

Despite some frustration and difficulties, Mugdan says giving up her smartphone has been one of the best decisions she’s ever made and the key to her productivity.

Since taking up the challenge, she has made significant progress in her “The Shadow War Saga” book series — recording an audio version of her first book, completing and publishing her second, and finalizing the edits on her third.

Mugdan is so impressed with her smartphone-free life that she plans to continue living without one long after the “Scroll Free for a Year” challenge ends.

“I’ve decided that I will never go back to smartphone use once the one-year contest is up,” she said.

“I don’t think I can be trusted with the technology — if I have access to a smartphone, I suspect I’ll go right back to abusing it, wasting time, staying up all hours of the night on it, and getting addicted to social media, and I really don’t want to go back to all that.”