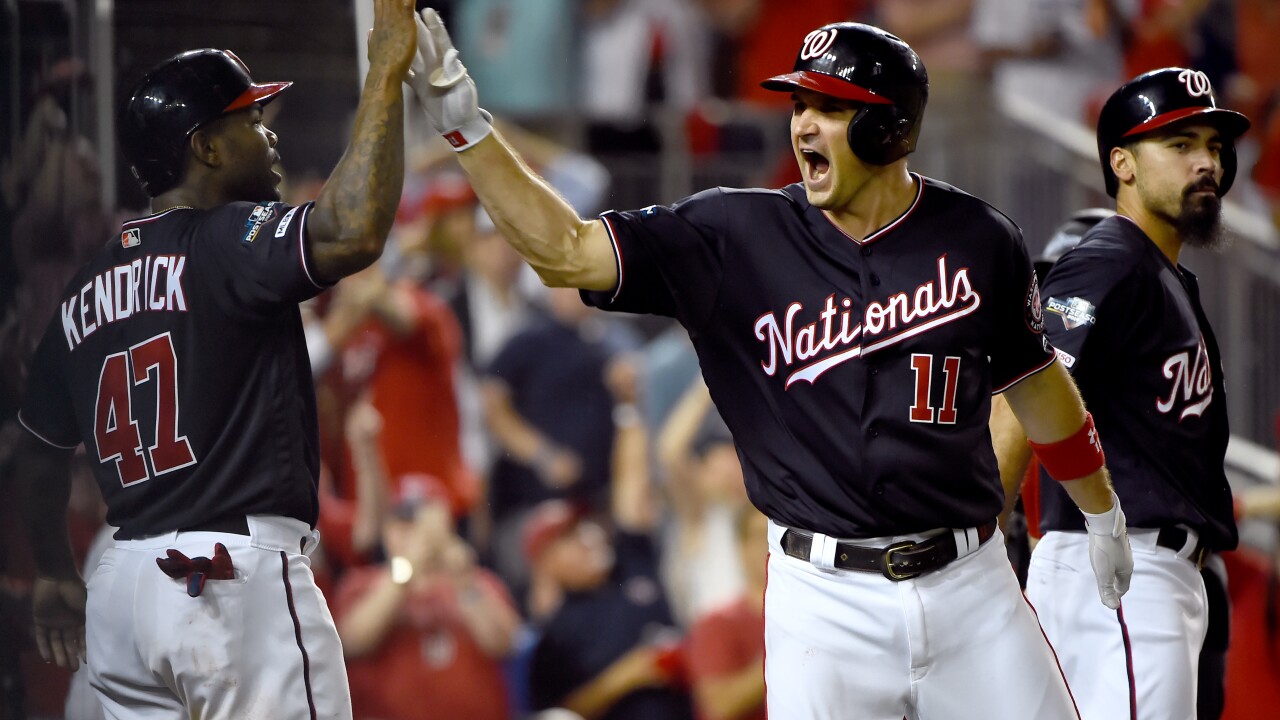 Ryan Zimmerman #11 of the Washington Nationals celebrates. (Photo by Will Newton/Getty Images)

WASHINGTON, DC – Ryan Zimmerman has spent his entire professional career with the Washington Nationals. He’s the franchise’s leader in hits, home runs and runs batted in. However, he may not have ever delivered a bigger hit.

Ryan Zimmerman #11 of the Washington Nationals celebrates as he runs the bases after his three run home run. (Photo by Will Newton/Getty Images)

In Monday’s game four of the best-of-five National League Division Series, with his team clinging to a 2-1 lead vs. the two-time defending National League champion Dodgers, Zimmerman clubbed a towering three-run home run to give Washington a 5-1 lead.

The Nationals went on to win 6-1 and force a winner-take-all game five Wednesday in Los Angeles. Should the Nats win Wednesday, they’ll advance to the National League Championship Series for the first time in team history.