ELIZABETH CITY, N.C. - Sheila Johnson sits on the front porch of her Elizabeth City home hugging her son's framed photograph. It's the closest she'll ever get to holding him again.

Her son, Eric Johnson Sr., was murdered on Saturday on Hunter Street.

Sheila said it was her birthday and said she had seen him just a few hours earlier.

"He said, 'No matter what anybody says about you, you always my mama and I love you.' I said, 'I love you too, Eric,'" she recalls.

Police say the shooting happened around 7 p.m. on Saturday, and immediately detectives identified Curtis Brinkley as a person of interest.

Officers received a tip on Monday afternoon regarding his whereabouts, and they conducted a traffic stop along Persse Street.

They were able to locate Brinkley, and he was later arrested. Police say he's charged with murder in connection with Johnson's death.

"What happened to my son? Why was his life taken like this?"

Eric's son, Eric Johnson Jr., was gunned down in Greensboro. He was only 21 years old. Brinkley has no connection with that murder.

His funeral was held in Elizabeth City, where he is originally from, and a portion of his family still lives. His family says their heart aches without him.

"We need all the prayer that we can get right now," Sheila says.

As she looks at his photo, she says she remembers his laugh and funny personality.

"I wasn't ready for my son to go, but I guess God called him home."

Johnson Sr. leaves behind a wife and multiple children.

"They’re gonna miss their father and wonder why his life got taken like this," Sheila says.

Brinkley is expected in court again on Thursday.

He's being held at the Albemarle District Jail without bond. 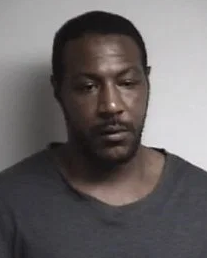