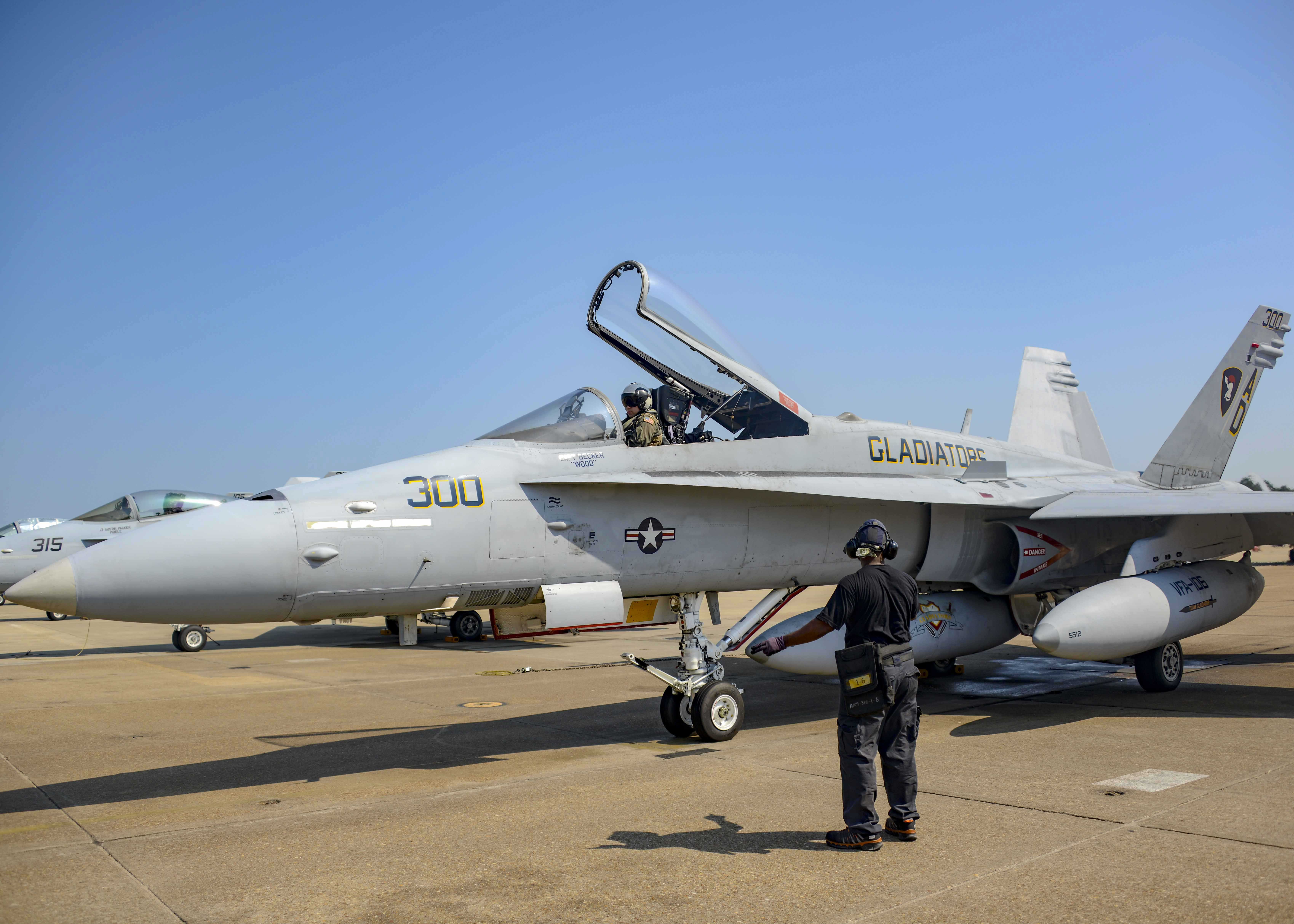 That aircraft made its first Navy acceptance check flight on October 14, 1988 at a place that’s no longer a Navy base – Cecil Field in Florida. That same year Lt. Andrew Jalali was born. 31 years years later, Lt. Jalali piloted the Hornet for the final active-duty flight.

The jet has been part of Strike Fighter Squadron (VFA) 106 the “Gladiators” for its entire Navy service. That is the Navy’s East Coast Fleet Replacement Squadron which trains naval aviators to fly Super Hornets.

On Wednesday, Lt. Jalali took off in the Hornet accompanied by three F/A-18F Super Hornets for a 90 minute farewell flight, before returning to Oceana where the jet was to be stripped of all usable parts and then scrapped.

Over the last year, the Gladiators have transferred more than 50 F/A-18 Hornets to Navy Reserve and Marine commands, and placed others in preservation just in case they are needed in the future.

The F/A-18A and F/A-18C Hornet variants have been replaced by the E/F Super Hornets.