Construction on Laskin Road set to start next month; VDOT says it will take 42 months to complete 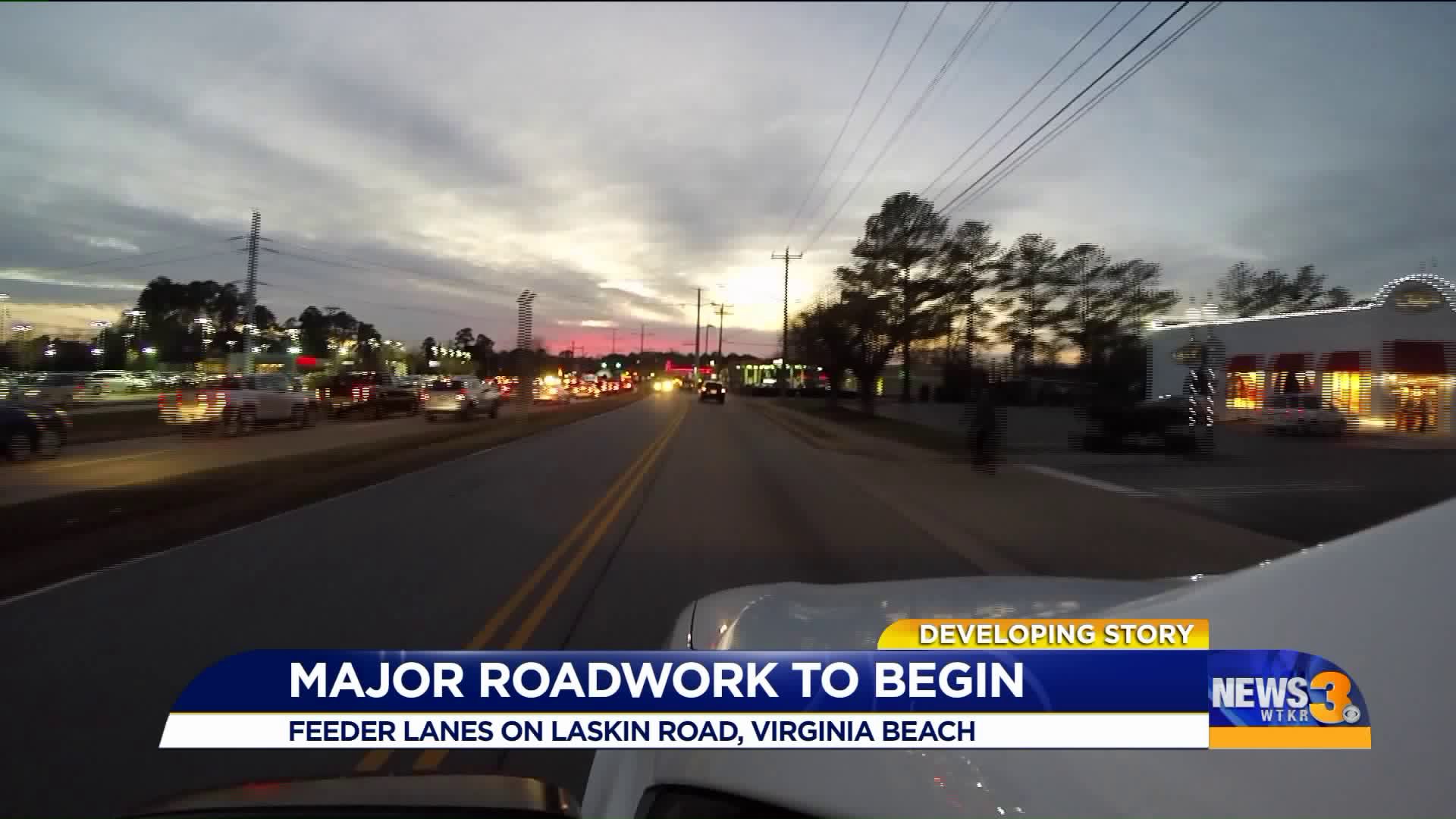 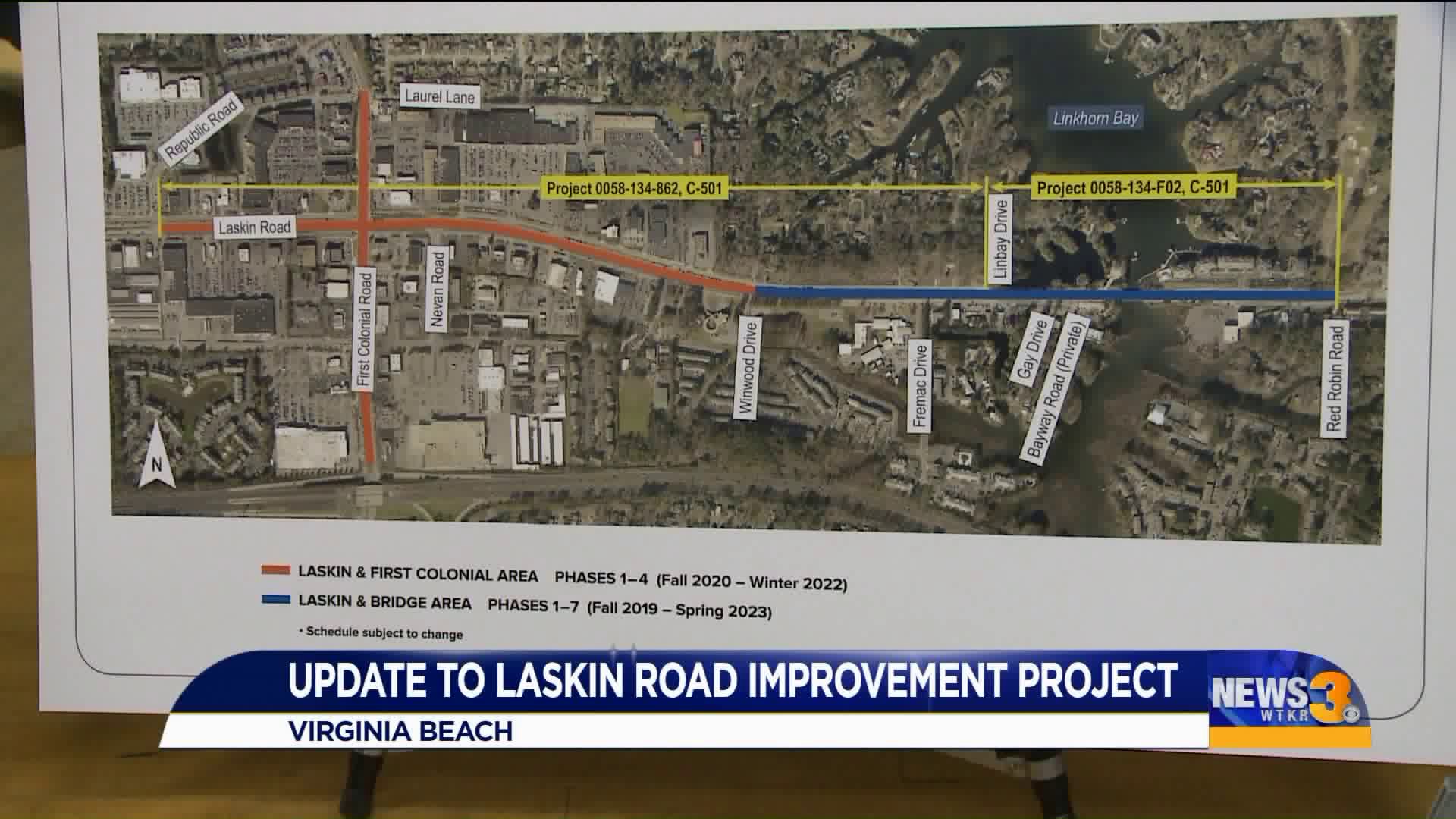 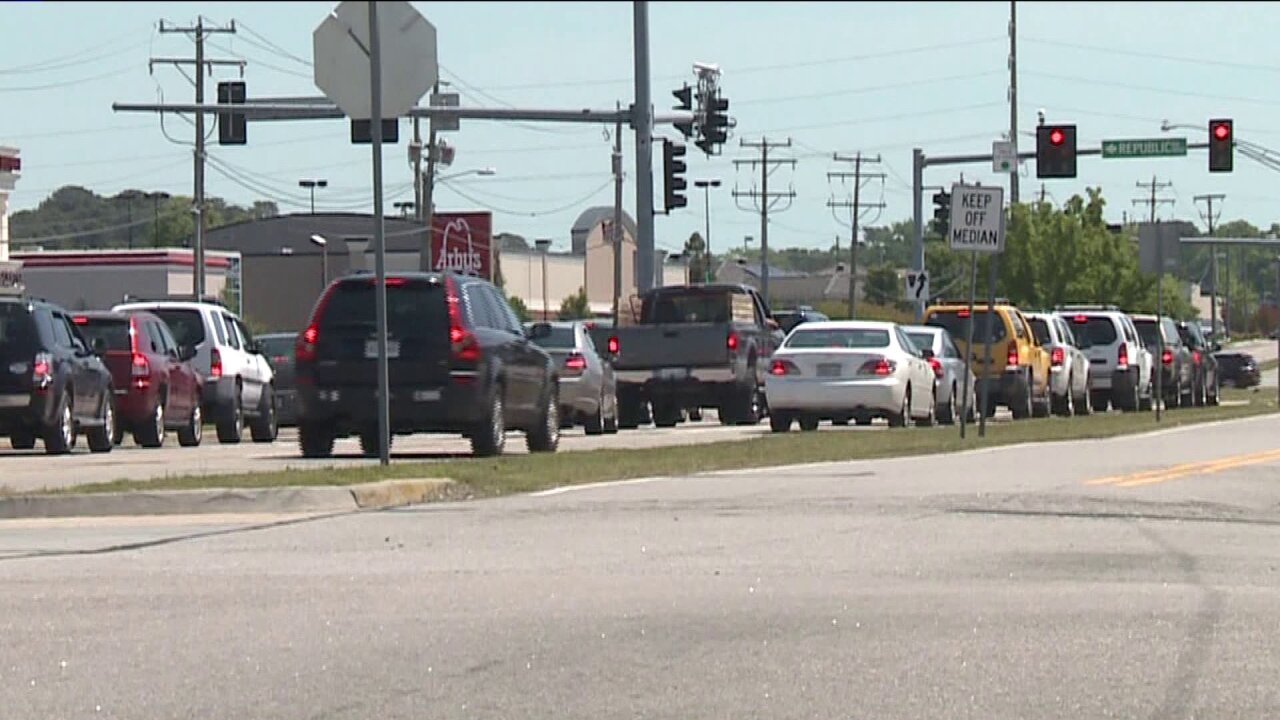 VIRGINIA BEACH, Va. - When Al and Pat Ward moved to Virginia Beach in 2003, there was a lot of talk about a popular road.

“Well, the first thing they said was, 'You know, they will be widening the road soon and we will have the construction.' We said, 'What will that mean?' and they said, 'Well, we aren’t sure yet. We are still waiting to hear,'” said Pat Ward.

“Now we see some action. We see the VDOT cars all up and down the roads now,” she adds.

The Virginia Department of Transportation is getting ready to start construction on Laskin Road, and they want to make sure people are in the loop.

“On the eastern end, people will start to see construction probably as soon as November, and then over towards the Hilltop area it’s going to be next fall,” says Nina Napolitano with VDOT.

Engineers say about 28,000 cars drive up and down Laskin a day. To make sure drivers are safe, VDOT says it’s time to widen the road - starting with removing the feeder lanes.

“We find that those feeder lanes are just confusing. People have a hard time getting through them safely and navigating them,” says Napolitano.

“I’m so in favor of getting rid of the feeder lanes. I’ve seen more accidents. I’ve seen accidents happening,” adds the Wards.

Related: 'Most congested intersection' in Virginia Beach gets a face lift

Tiffany Sherlock owns Salon Shampoo off Laskin. She’s been hearing a lot of talk about the project.

“Having a business and water and power and all those things, running a hair salon... you can’t go without water. I got to have it,” says Sherlock.

And as for the traffic going to and from her salon, VDOT says most of the construction will take place at night.

Another major part of this project is replacing the Laskin Road bridge. Engineers say they are going to raise it by about 2 feet, which is perfect for boaters and kayakers. They will also widen the sidewalks, giving pedestrian access for people on both sides

The Wards say they’re excited to see the new and improved Laskin Road.

“We are ready for it to go ahead and move forward because it’s been so much talk about this and we are ready to see it happen.”