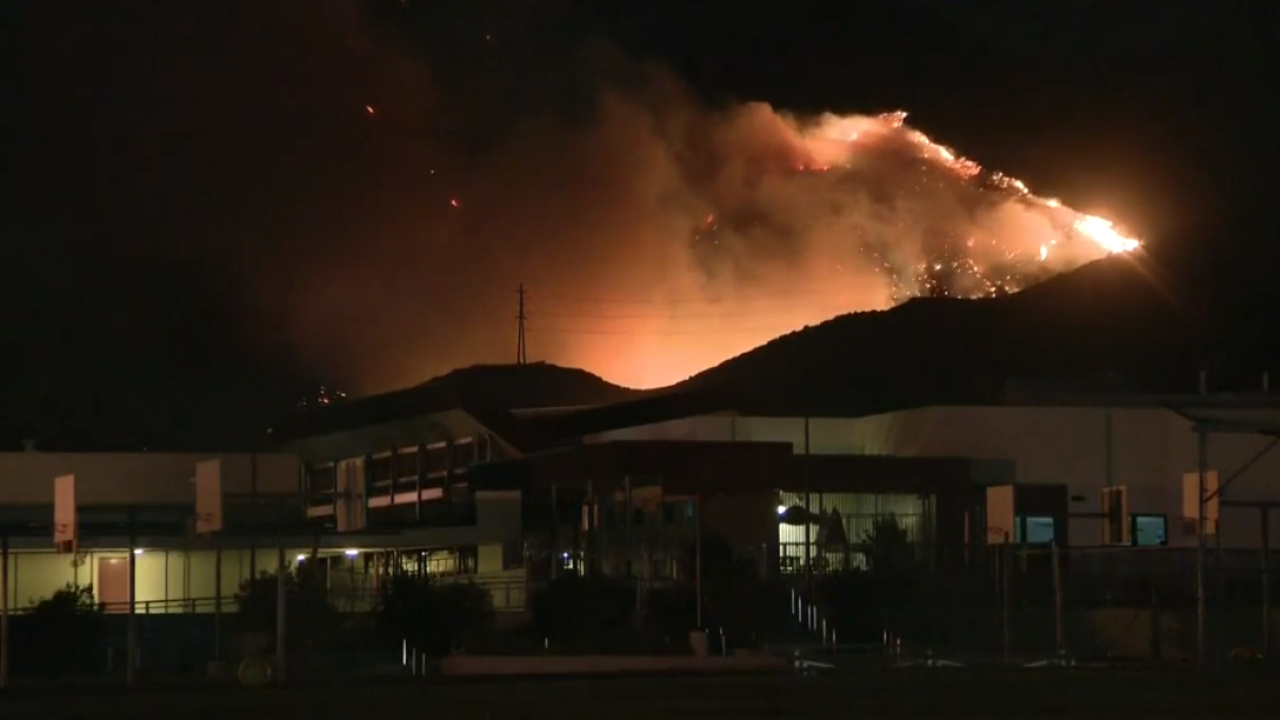 A fast-moving wildfire skipped two freeways and raced toward residential areas in Southern California — one of several blazes fueled by gusty winds in the region.

The Saddleridge Fire exploded to 1,600 acres Friday, leading to mandatory evacuations in some areas in Sylmar. “The fire is in such a dynamic state, we’re just trying to protect homes,” the Los Angeles Fire Department said.

The fire’s jumped the 210 and 5 freeways, and some parts are closed in both directions as orange embers lit up the night sky. When it was first reported a few minutes before 11 p.m., it had gutted 60 acres before growing to 1,600 acres about an hour later.

Hector Landeros, who lives in Sylmar, said he heard fire trucks and police cruisers speeding through the streets Thursday night as the massive flames got closer.

“In some areas, the streets have started to empty but at the front lines people are watching, waiting on the side walk not really knowing what to do,” he told CNN early Friday. “There are a lot of people trying to get into their neighborhoods.”

Shaun Butch said he saw flames on both sides of the freeway while driving on Interstate 5.

Patsy Zamora said as she drove on the freeway with the fire next to the truck route, she could feel the heat through the windows.

It’s one of multiple fires in the region

The Saddleridge Fire is one of multiple fires burning in the region.

Another blaze — the Sandalwood Fire in Calimesa — is approximately 500 acres and 10% contained, according to the Riverside County Fire Department. Located near the intersection of Calimesa Boulevard and Sandalwood Drive, the fire has destroyed 74 structures.

It started when the load on a garbage truck caught on fire and spread to vegetation, Capt. Fernando Herrera of Cal Fire Riverside told CNN affiliate KABC.

“Due to the Santa Ana wind influx, obviously this fire just completely went out of control. It started just eating up vegetation as fast as the eye can see,” he said.

Residents are under mandatory evacuation orders, and 120 firefighters are assigned to the area.

Less than 20 miles away in Moreno Valley, the Reche Fire is 350 acres and 10% contained. The fire went from 100 to 200 acres in about 90 minutes, before jumping to nearly 400 two hours later. Mandatory evacuations have been issued in surrounding areas, and the cause is under investigation.