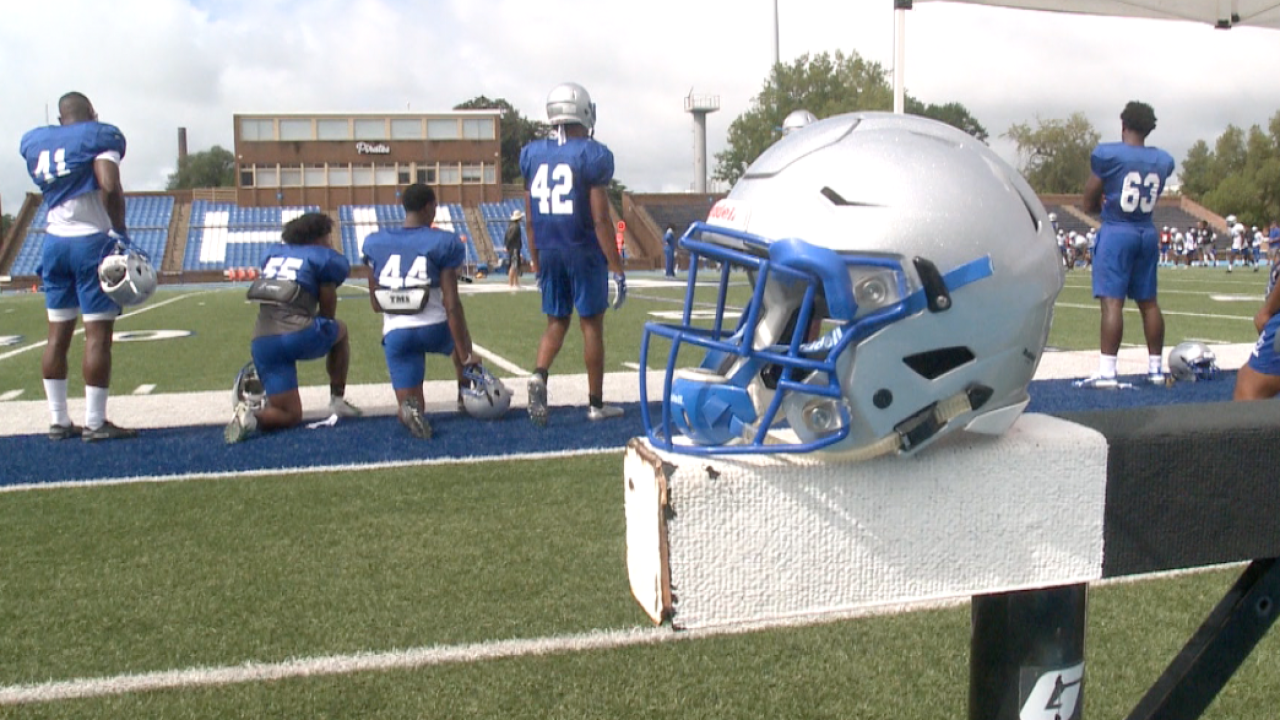 Gardner-Webb opened the scoring on its second drive going 85 yards in five plays as Kalen Whitlow connected with Jaylin Cagle on a 45-yard scoring pass.  The extra-point put the Runnin’ Bulldogs up 7-0 with 8:53 left in the first.

McKenzie got Hampton’s first touchdown on the first play of the second quarter with a 46-yard run as Hampton trailed 14-10 just nine seconds into the quarter.  The Pirates forced a turnover on the ensuing kickoff as Raeshad Herriott forced a fumble that Mason King recovered to put Hampton on the GWU 35.  McKenzie scored a second touchdown on a one-yard run on fourth  and goal to put Hampton up 17-14 with 11:17 left in the half.

Gardner-Webb responded with a 70-yard scoring pass from Whitlow to Devron Harper to lead 21-17 with 10:44 remaining in the second.

Hampton answered that long scoring pass with a 39-yarder from

Deondre Francois to KeyRon Catlett as the Pirates regained the advantage at 24-21 at the 9:03 mark.

The scoring got going late in the third as Gardner-Webb took a 28-24 lead on a three-yard scoring pass from Whitlow to Izaiah Gathers with 1:41 left in the third.

Francois was 29-of-51 for 357 yards and one touchdown in the air.  Catlett and Cortez Lewis were the leading receivers with seven catches each as Catlett had 110 yards and Lewis had 78. Oral Varcciann was the leading tackler for Hampton with nine and two pass breakups.