Nationals one win away from a trip to the World Series, take 3-0 series lead in NLCS

WASHINGTON, DC - On Monday night, the Washington Nationals won their third straight National League Championship Series game against the St. Louis Cardinals, and are now just one win away from moving on the the World Series.

After two scoreless innings, Adam Eaton got the Nats on the board with a single to center, scoring Victor Robles. Two outs later, Anthony Rendon doubled to score Adam Eaton before Howie Kendrick added a double of his own to score two and give Washington a 4-0 lead.

Kendrick, who's been clutch all postseason, doubled again in the fifth inning to put the Nats up 5-0. Virginia Beach's Ryan Zimmerman doubled with two outs to drive in Kendrick, giving Washington a 6-0.

In the sixth inning, Robles blasted a solo shot to give the Nats a 7-0 lead.

The Cardinals finally put their first run on the board in the seventh inning. Paul DeJong hit a line drive to left, and Jose Martinez scored after a wild throw was made by Juan Soto.

Washington answered back in the bottom of the inning when Zimmerman singled to left field, scoring Kendrick and putting themselves up 8-1.

The Nationals now lead the series 3-0 and return to Nationals Park Tuesday night, where a win will advance them to the 2019 World Series. 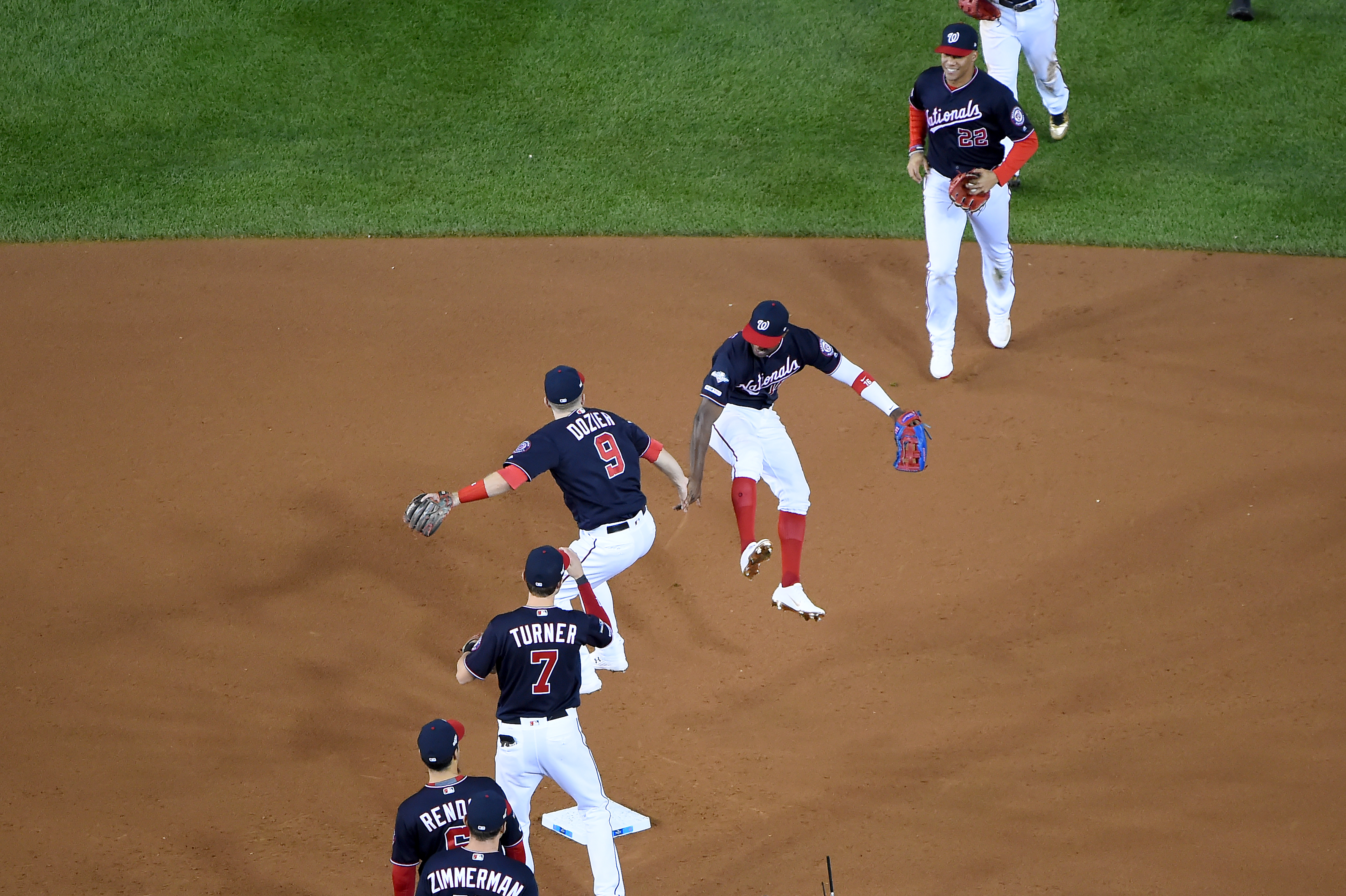 Virginia Beach's Ryan Zimmerman after the #Nationals win: "As cheesy as it sounds, we're trying to keep every day the same. That's what we've done since early June, or late May. It's worked well for us, so we're gonna keep with that mindset."https://t.co/jgySdWAGAG pic.twitter.com/wWipX8OdEQ

The Washington @Nationals are how many wins away from their 1st #WorldSeries appearance? Game 4 is tomorrow in DC. #OnePursuit @WTKR3 https://t.co/bhtsl15OeL pic.twitter.com/4O6YID2A7t