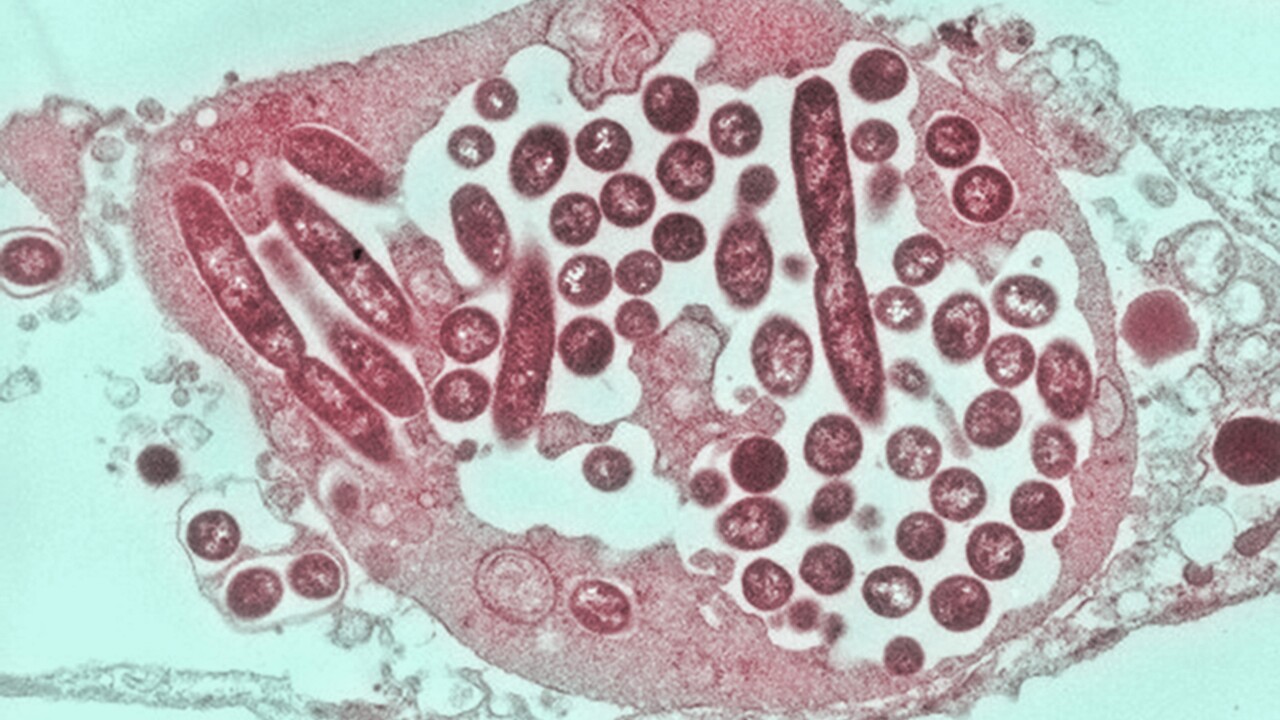 Multiple Intracellular bacilli, including Dividing Bacilli, are visible in longitudinal and cross section.

Multiple Intracellular bacilli, including Dividing Bacilli, are visible in longitudinal and cross section.

As of October 14, 140 cases of Legionnaires’ disease or Pontiac Fever had been reported in residents of multiple states and North Carolina counties who attended the NC Mountain State Fair, held September 6-15, 2019 at the Western North Carolina Agricultural Center in Fletcher.

Brian Johnson said he and his mother went to the Davis Event Center first, then they went to the Expo Building to see the competitive exhibits and then the heritage exhibits.

“That’s all she wanted to do was to tour the exhibit halls,” her son said.

“We knew we were going to have her a few more years, even at that age, because she was in such good health and doing so well,” Johnson said.

“The fair is supposed to be a fun place. The fair has fond memories. We do this every year. It’s this tragedy that’s took place at a place with so many fond memories. Now, we have this memory.”

As of Monday, Oct. 14, 2019, the state is reporting, county of residence confirmed cases:

The total number of confirmed cases is 140 at this time.