Photos: Nationals clinch NLCS, World Series to be in D.C. for first time since 1933! 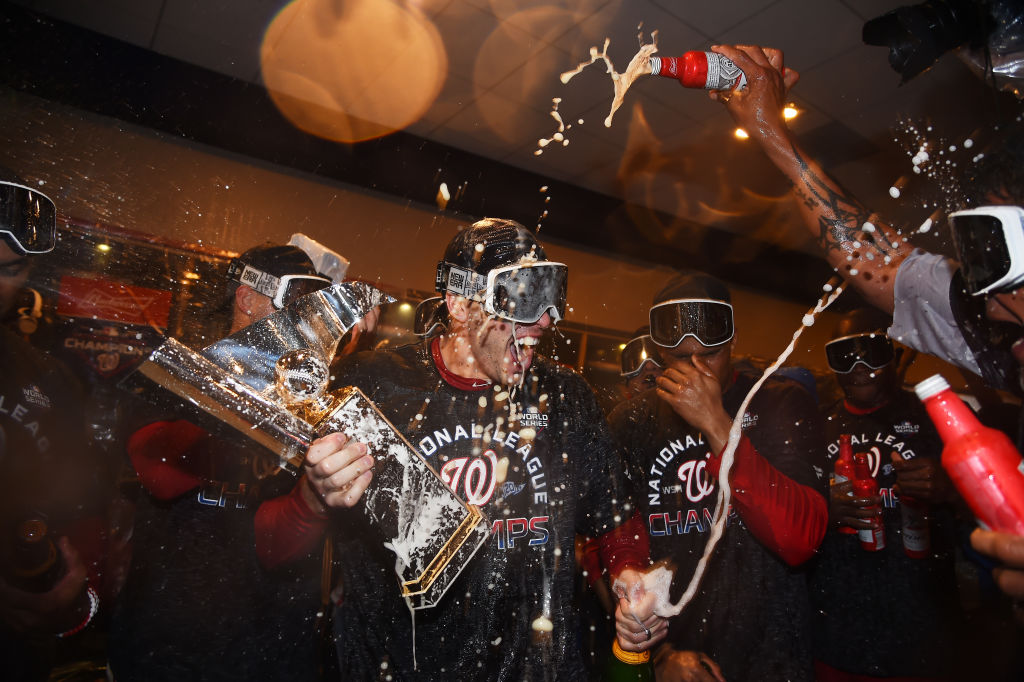 On Tuesday night, the Washington Nationals won their League Championship Series game against the St. Louis Cardinals which moved them on to the World Series!

With the victory, the Nats advance to their first World Series.

A Washington, DC-based baseball team has not played in the World Series since 1933. That season, the former Washington team, who were known as the Senators, lost to the New York Yankees in five games.

The Nationals moved to D.C. in 2005, after leaving Montreal, where they were previously the Expos. The Senators would leave D.C. during the 1960-1961 season and would end up in Minneapolis. The franchise is now known as the Twins.

Here are photos from the game for fans to enjoy the moments over and over with!