Police searching for suspect after convenience store robbed in Portsmouth 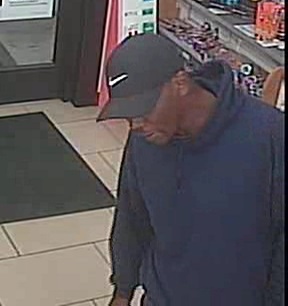 PORTSMOUTH, Va. – Police are searching for a suspect after they say he robbed a 7-Eleven on Sunday.

Around 6:20 a.m., the officials received a 911 call requesting police to respond to a robbery at the 7-Eleven convenience store, located at 3500 Victory Boulevard.

According to detectives, the male suspect entered the business, told the store employee that he had a firearm and demanded money.

The employee complied with the suspect’s demand and no one was injured. The suspect then fled the business on foot in an unknown direction, reports say.

If you know where this suspect is, you can anonymously report your tip to the Crime Line.