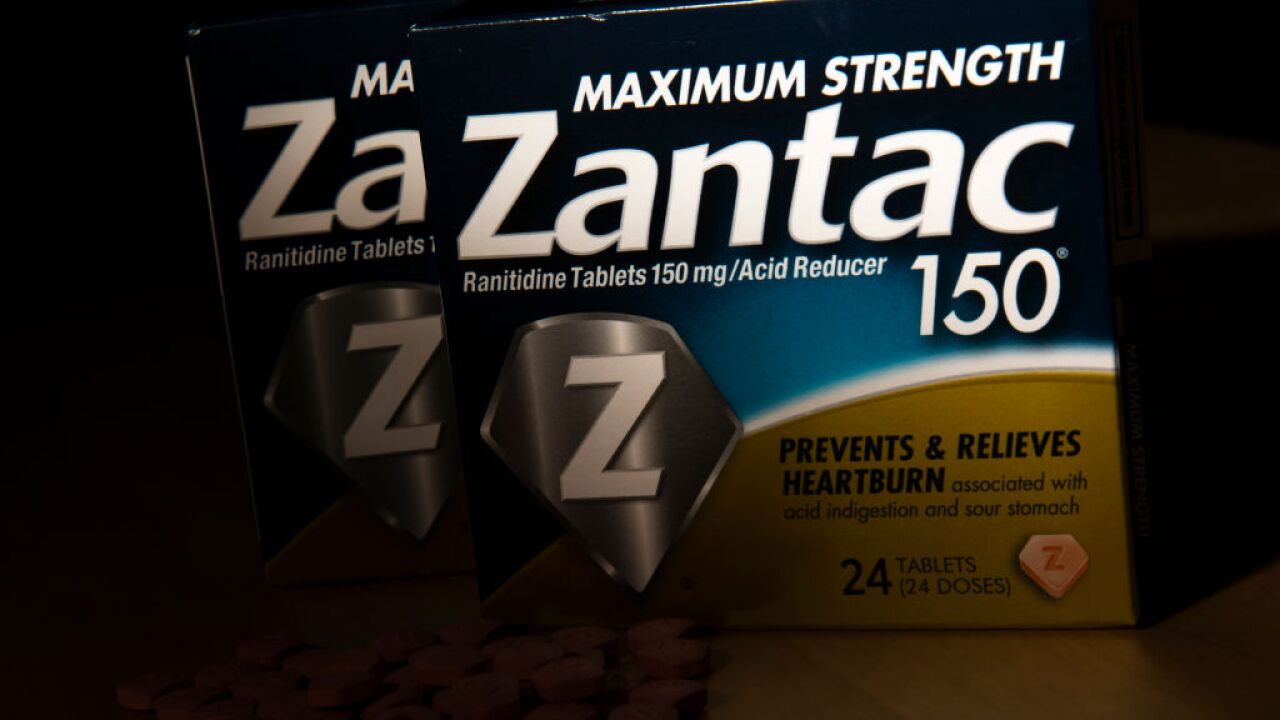 NEW YORK, NY – SEPTEMBER 19: In this photo illustration, packages of Zantac, a popular medication which decreases stomach acid production and prevents heartburn, sit on a table on September 19, 2019 in New York City. The FDA recently announced that is has found small amounts of a probable carcinogen in versions of Zantac and other forms of ranitidine. (Photo Illustration by Drew Angerer/Getty Images)

The recall impacts drugs sold in the United States and Canada. Sanofi is working with the US Food and Drug Administration to determine the extent of the recall.

Tests of Zantac and other ranitidine medications found N-nitrosodimethylamine, or NDMA, an impurity that is considered a possible carcinogen by the US Environmental Protection Agency, the FDA and Health Canada said in September. NDMA can be unintentionally introduced into manufacturing through certain chemical reactions.

The FDA has been testing several drugs after it found the impurity in blood pressure and heart failure medicines known as ARBs.

Walmart, CVS Pharmacy and Walgreens recently announced they would halt sales of ranitidine medications because of concerns they might contain the impurity. In September, drugmaker Novartis said it was halting distribution of all ranitidine medicines made by Sandoz.

Sanofi said it issued the recall after inconsistencies in preliminary test results. The investigation continues and Sanofi said it would share the results of its tests with the FDA and Health Canada.

Sanofi encouraged patients that are using Zantac OTC to reach out to their doctors and pharmacists with questions about treatment going forward.

The FDA has said it is working with international regulators and with the industry to determine the source of the impurity. The agency said it is not calling for patients to stop taking the drugs, but also advised talking to a doctor if you want to stop treatment.