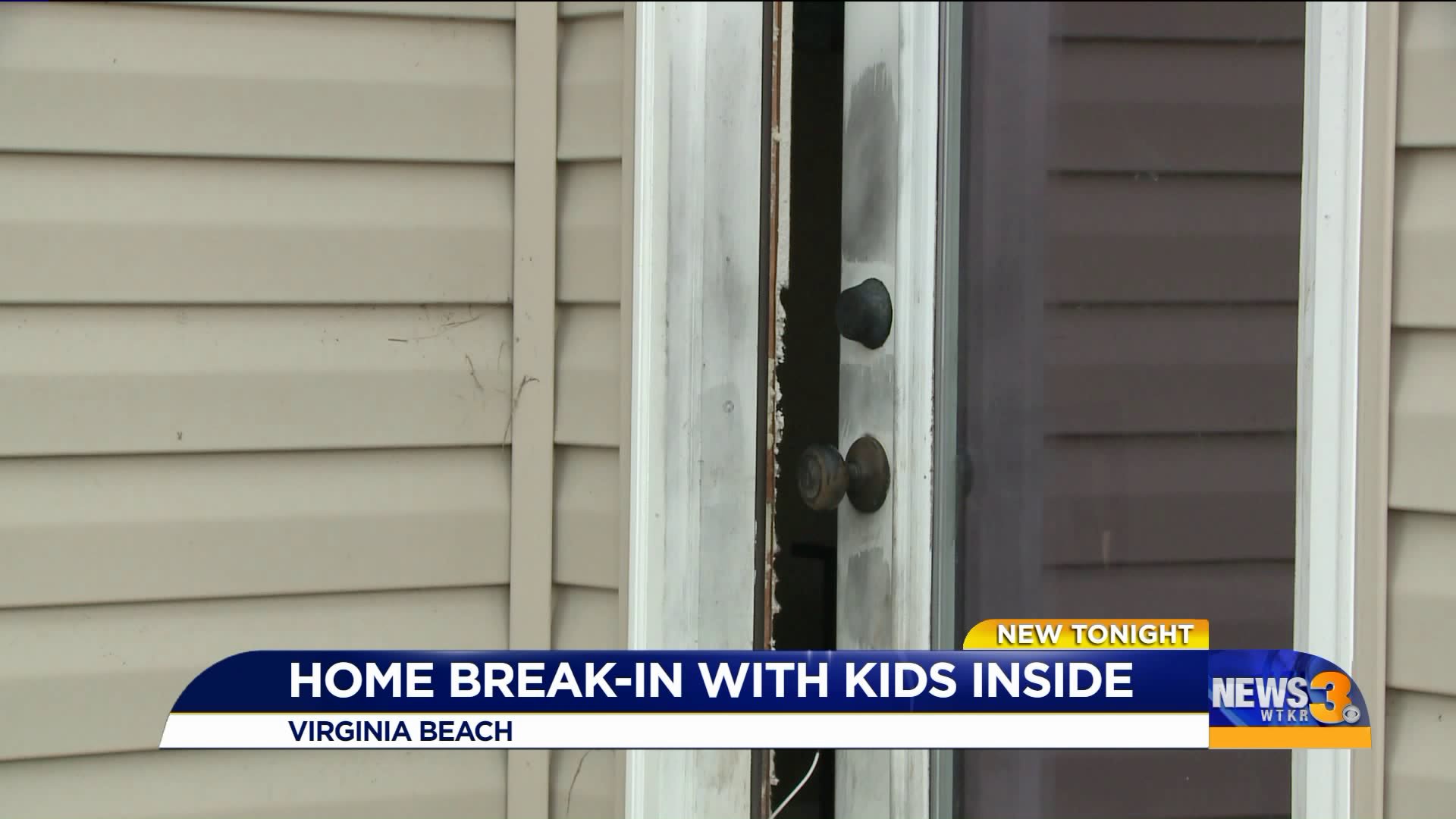 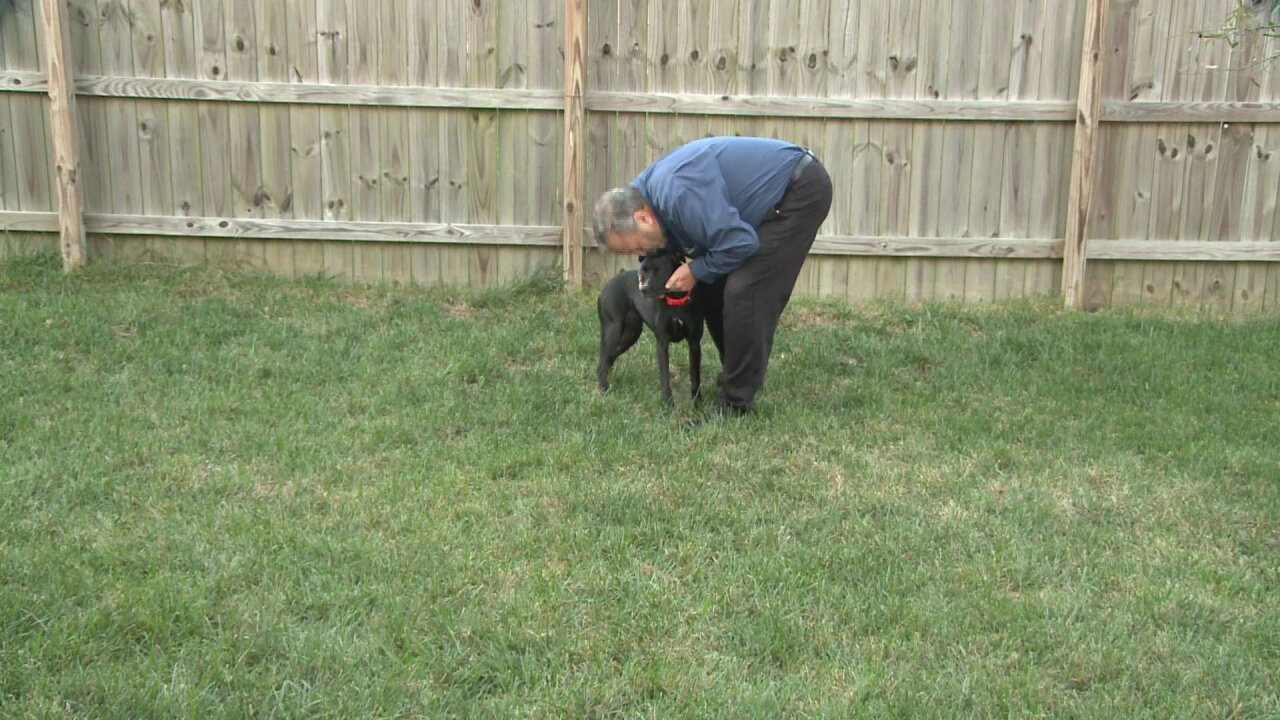 VIRGINIA BEACH, Va. - “I think when he popped this off and it fell... it scared my daughter that was sitting on the couch,” says Tim Ryan.

He showed us how two people broke into his house when his two teenage daughters were home alone.

“I was scared for the safety of my daughters,” he adds.

He believes the burglars jumped on a blue recycling bin and hopped over the fence to the back door of their home in Virginia Beach.

“There were a bunch of cop cars here already, the K-9 unit was here, police helicopter was flying overhead,” said Ryan.

Virginia Beach Police were looking for two people who tried to break into the Old Dam Neck Road home he shares with his two daughters. Ryan says it’s a quiet area.

“This is the only break-in that I’ve heard of.”

But, thanks to Penelope - the family dog - both girls are safe.

“My eldest daughter, Kelly, said that she [Penelope] chased away the burglar. I was shocked. I really thought she would just lick the guy to death,” said Ryan.

Penelope, who is a half-lab, half-pit rescue, did the exact opposite. Her barks scared the burglar away.

Police have not found the two who tried to break into Ryan's home. So far, there are no matching fingerprints from the damaged back door.

“I’m afraid to think of what could’ve happened. If the guy was crazy enough, he could’ve maybe hurt my children,” said Ryan.

But, he says they’re doing okay… thanks to his best friend.

“Unbelievably surprising and rewarding to know that you have a dog that did that. It gives me a little more comfort when I’m not home and my kids are home by themselves."