Nixon is the husband of Kate Nixon, one of the 12 victims who lost their lives in the Virginia Beach mass shooting on May 31.

"I'm very upset about it. They didn't have the permission to do so,” said Nixon.

The ad, paid for by the Republican Party of Virginia, supports Senator Bill DeSteph in the race for the 8th District, which includes Virginia Beach.

On the back of the mailer, the ad quotes Nixon in an interview with another media outlet calling out Sen. DeSteph’s opponent, Democrat Missy Cotter Smasal.

Smasal recently addressed the May 31 shooting in an ad, and Nixon responded saying, “I think it takes advantage of the tragedy.” 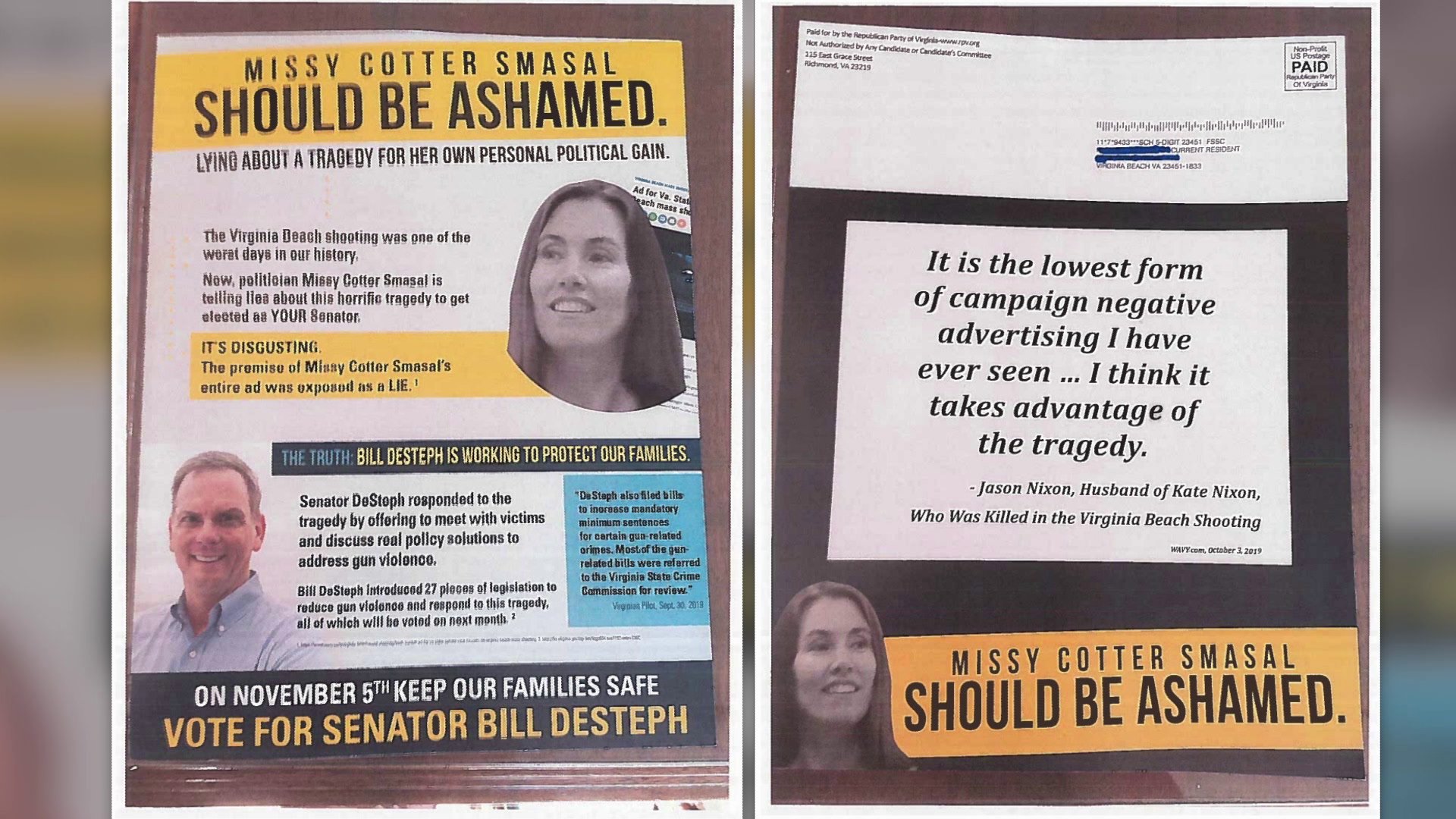 "I was mad because the commercial was wrong. I stated it, I chastised the candidate for it, and I think she may have taken heed to it because I don't see it running on the TV anymore,” said Nixon.

But, he says never gave Sen. DeSteph or the party permission to use his quote in a campaign ad.

"It's frustrating because when they called me and asked me about it, I told them I specifically did not want to be on a commercial. They asked me if I wanted to be in a commercial with Bill, and I said no."

Nixon sent this letter out to DeSteph Friday looking for answers and asking for a public apology for trying to use his family’s tragedy for political gain.

News 3 reached out to DeSteph. He tells us that he had no prior knowledge of the flyer and that he would never use anybody's name without their permission.

Nixon says, “What I was looking for is an apology and a public apology so people from other sides of the party line will understand that that is not me."

We also reached out to the Republican Party of Virginia but haven’t heard back.