HAMPTON, Va. — A man trapped in a car sinking into the Hampton Roads Harbor is still alive thanks to the firefighters from the Hampton Division of Fire & Rescue who acted quickly and bravely.

Lieutenant Andy Layden and Medic Firefighter Jarred Smith dove into the waters Saturday, October 19 with only minutes to spare and made the difference of a lifetime.

Layden and Smith responded to an initial call for an accident with Medic Firefighter Robert Snapp. That call became a call for an immediate water rescue.

“We could see the roof of the car; it was just underneath the water,” says Layden.

The firefighters didn’t hesitate, knowing every second could be the difference between life or death.

“Our job is to risk our lives to do what we can for others. That’s part of our firefighter code,” says Layden.

They say the victim was more than 100 feet out from shore. His body was partially hanging out the window, and his face was just above water while the car was sinking. 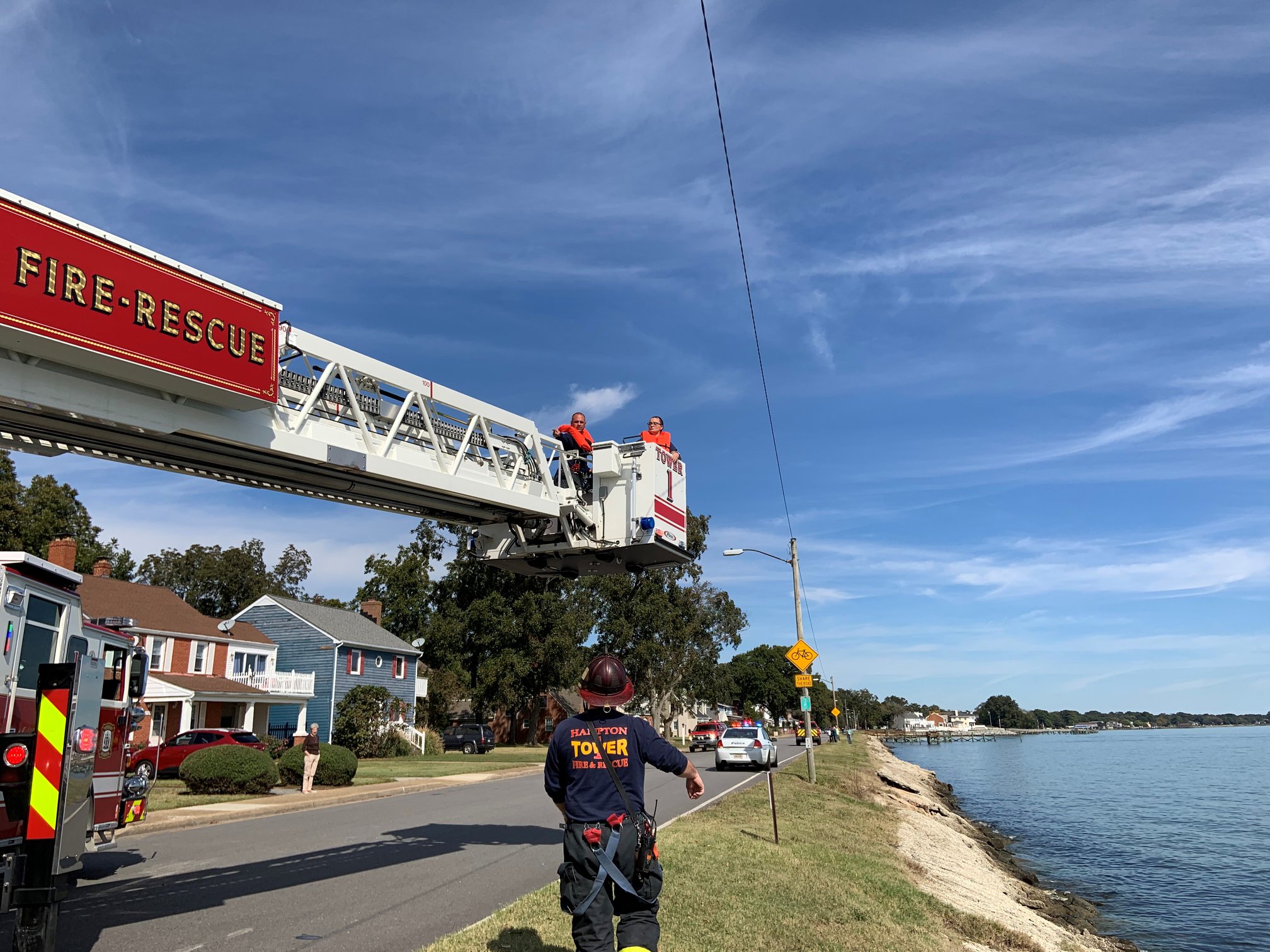 “His face was pretty much the only thing visible, mostly, and waves were crashing over his face,” says Smith.

The firefighters jumped in the water, still clothed. Snapp maintained a tagline that was connected to the engine while they swam out.

Smith held the victim’s head above water and calmed him down by talking to him and describing what was going on.

Meanwhile Layden reached into the car window to get the victim’s leg free from the tight area between the armrest and the chair that it was wedged into.

“As soon as Lieutenant Layden told me to pull the patient out, I put my foot on the driver's side door and I pretty much pulled him out as effectively as I could,” explained Smith.

They say a situation like this is incredibly rare, but it’s always best to be prepared.

They encourage people to keep tools inside of the car that can be used to break a window or cut a seat belt in case of an emergency.