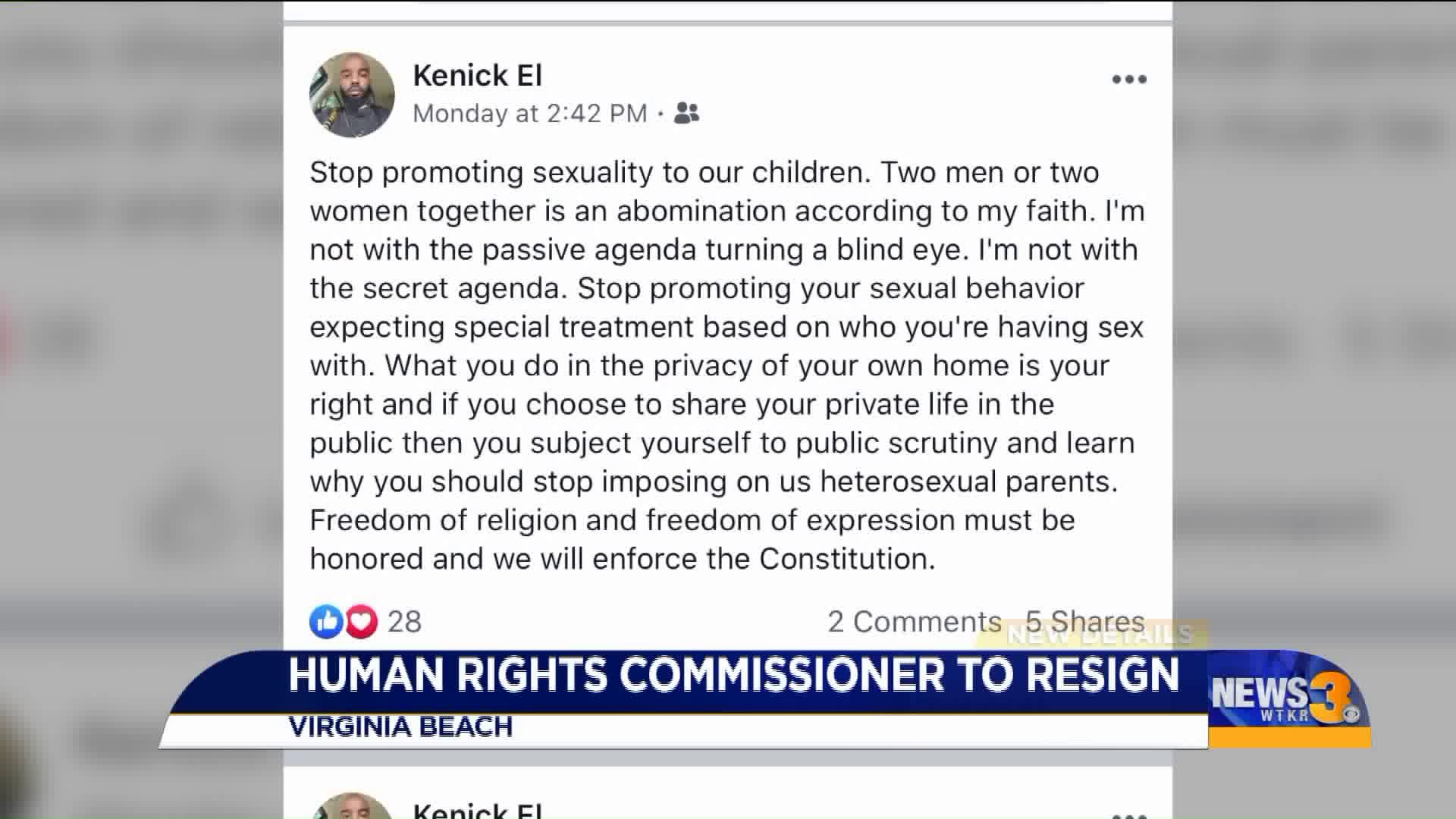 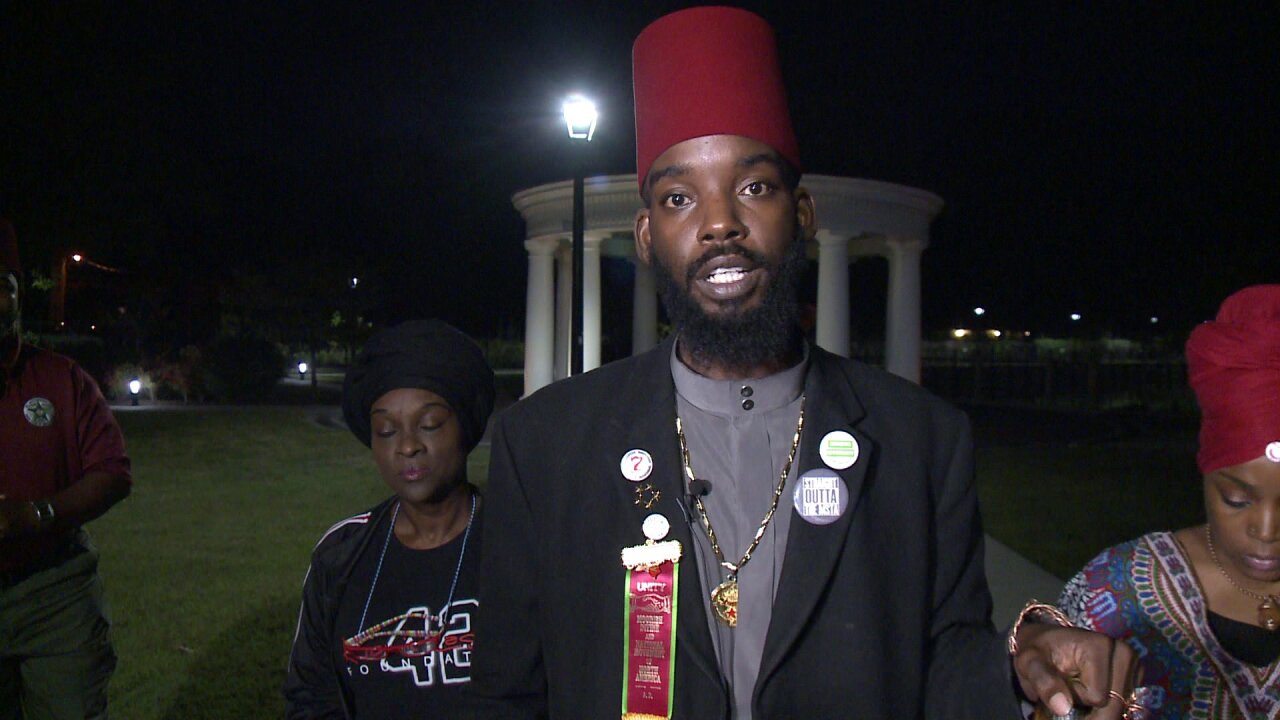 VIRGINIA BEACH, Va. - Virginia Beach Human Rights Commission member LaKendrick Coburn El announced Friday that he will resign from the commission after the fallout from his anti-gay comments.

El said he will resign from the commission after a special meeting on October 31.

"Everybody's human rights is to be respected. We are to love one another, we are to show mercy and forgiveness to one another, and that's why I am committed to resigning on October 31 at the end of the commission meeting after I share my views with my colleagues," El said Friday. "However, I do respect the government. I respect the fact that I was appointed to this seat."

Under the name "Kenick El," he called same-sex relationships a mental illness and an "abomination" in a series of October 21 Facebook posts.

He also claimed that the use of public restrooms by transgender people places children at risk of harm through sexual predation, calling the claims his own "personal views" that did not reflect his work as a commissioner.

Addressing a crowd of of people outside Virginia Beach City Hall, including members of the Hampton Roads LGBTQAI Interfaith Group, Hampton Roads Pride, LGBT Life Center, The Great Awakening Church and the Transgender Assistance Program of Virginia, Virginia Beach Mayor Bobby Dyer said during a joint press conference Thursday it would be "inappropriate" for El to continue serving on the commission.

In a statement, the Board of Directors of Hampton Roads Pride said that while it recognizes the right to practice beliefs and express opinions, “the fact that the Commissioner chose to publicly and repeatedly express the statements above in a manner which has the potential to incite discrimination is not without consequence.”

In response to El’s comments, the Board of Directors of Hampton Roads Pride requested that VBHRC do the following:

VBHRC responded with a statement saying El does not speak on behalf of the organization: