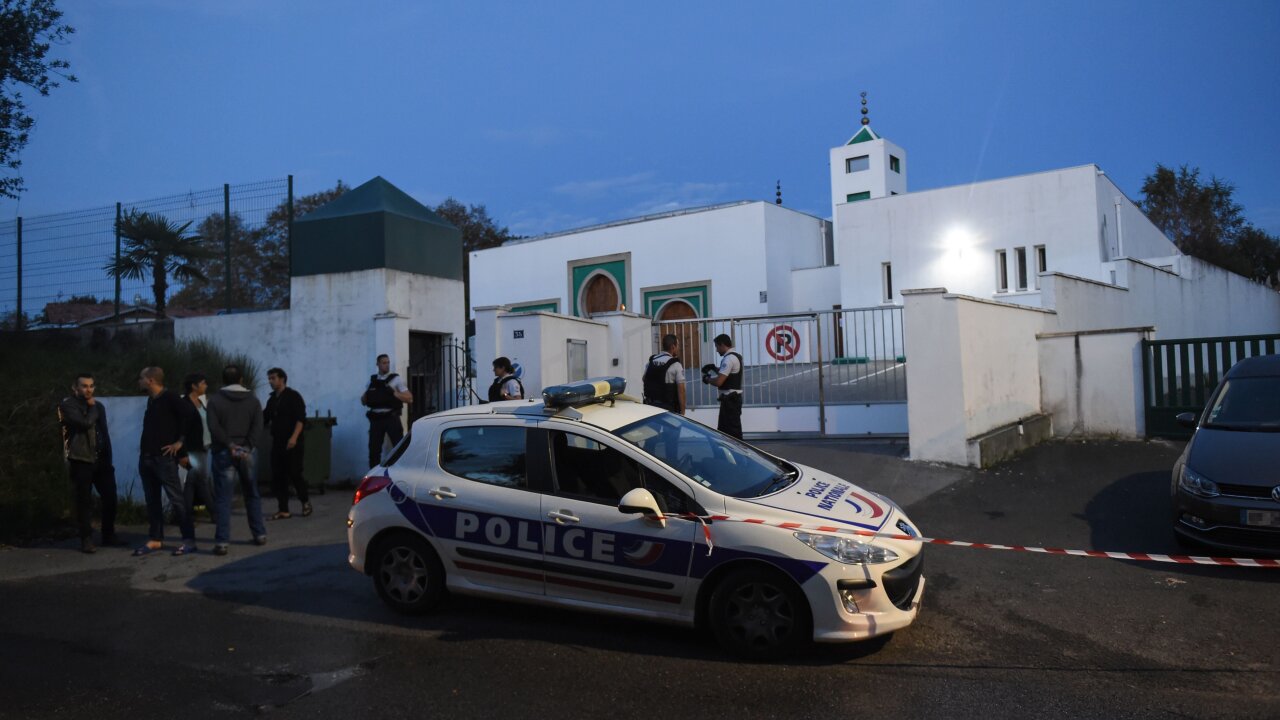 Police officers stand in front of the Mosque of Bayonne after two people were injured in a shooting.

An 84-year-old man has been arrested after shots were fired near a mosque in southwestern France, officials said.

Pyrenees-Atlantique Police said a man tried to set fire to the door of a mosque in the city of Bayonne, and shot at two men, aged 74 and 78, who startled him. Both were seriously injured.

Police officers stand in front of the Mosque of Bayonne after two people were injured in a shooting.

The attacker had been a member of Marine Le Pen’s far-right party National Front until 2015, according to the party’s official. (The party is now known as National Rally.)

“This man was effectively a part of the 8,000 candidates we had for the [2015] regional elections,” National Rally vice president and European Parliament MP Jordan Bardella told CNN affiliate BFM TV on Monday.

“I can assure you that nothing throughout his path would’ve suggested that he was crazy,” Bardella said on BFM TV.

“He was dismissed in 2015 after the regional elections for which he was a candidate,” Bardella said, adding the man was “obviously not a part of the movement anymore.”

The injured men were being treated in hospital, according to a police statement.

Police said the suspect set fire to a car before fleeing the scene. He was later arrested at his home in Les Landes, north of Bayonne.

“My thoughts are with the victims,” he said.

“The Republic will never tolerate hatred. Everything will be done to punish the perpetrators and protect our compatriots of the Muslim faith,” Macron added.