NORFOLK, Va. - Police in Norfolk charged a man in connection with a stabbing at Cogan's Pizza on Colonial Avenue that left a 34-year-old man with life-threatening injuries and multiple wounds.

According to the Norfolk Police Department, the man was stabbed multiple times early Thursday around 2 a.m. Medics took him to Sentara Norfolk General Hospital for treatment.

First responders also treated three other men at the scene. These victims all suffered non-life-threatening injuries.

Joshua D. Fisers, 30, was charged with four counts of malicious wounding after turning himself in at the Norfolk Police Operations Center Friday afternoon.

#NPDNews. #NorfolkPD are on scene at Cogan’s Pizza located at 1901 Colonial Ave. for a man suffering from multiple stab wounds. Medics transported him to SNGH with life threatening injuries. Police received the call around 1:35 a.m. More to follow when available. pic.twitter.com/BJZg47Rj77

Cogan's Pizza has multiple locations. This location is at 1901 Colonial Avenue.

Bella Gonzalez says she's not surprised to hear of the news. She says her husband narrowly avoided a fight at the restaurant in the past.

"He literally said the guy was ready to punch him, and if it wasn’t for his friends being there, then I think something would have happened," Gonzalez told us.

She says she would continue to come back to Cogan’s during the day but wouldn’t want to come with her kids late at night.

Others who’ve lived in the neighborhood for years are surprised things escalated.

"I've lived here for over 20 years and I don’t think there’s ever been an incident like this to my recollection," says Alexandra Christle.

Christle says she’s never had any concerns living next door to Cogan's and thinks it’s a one-off incident.

Fisers is currently being held in the Norfolk City Jail without bond. He had a bond hearing Thursday, and a secured bond was granted with several conditions in place. 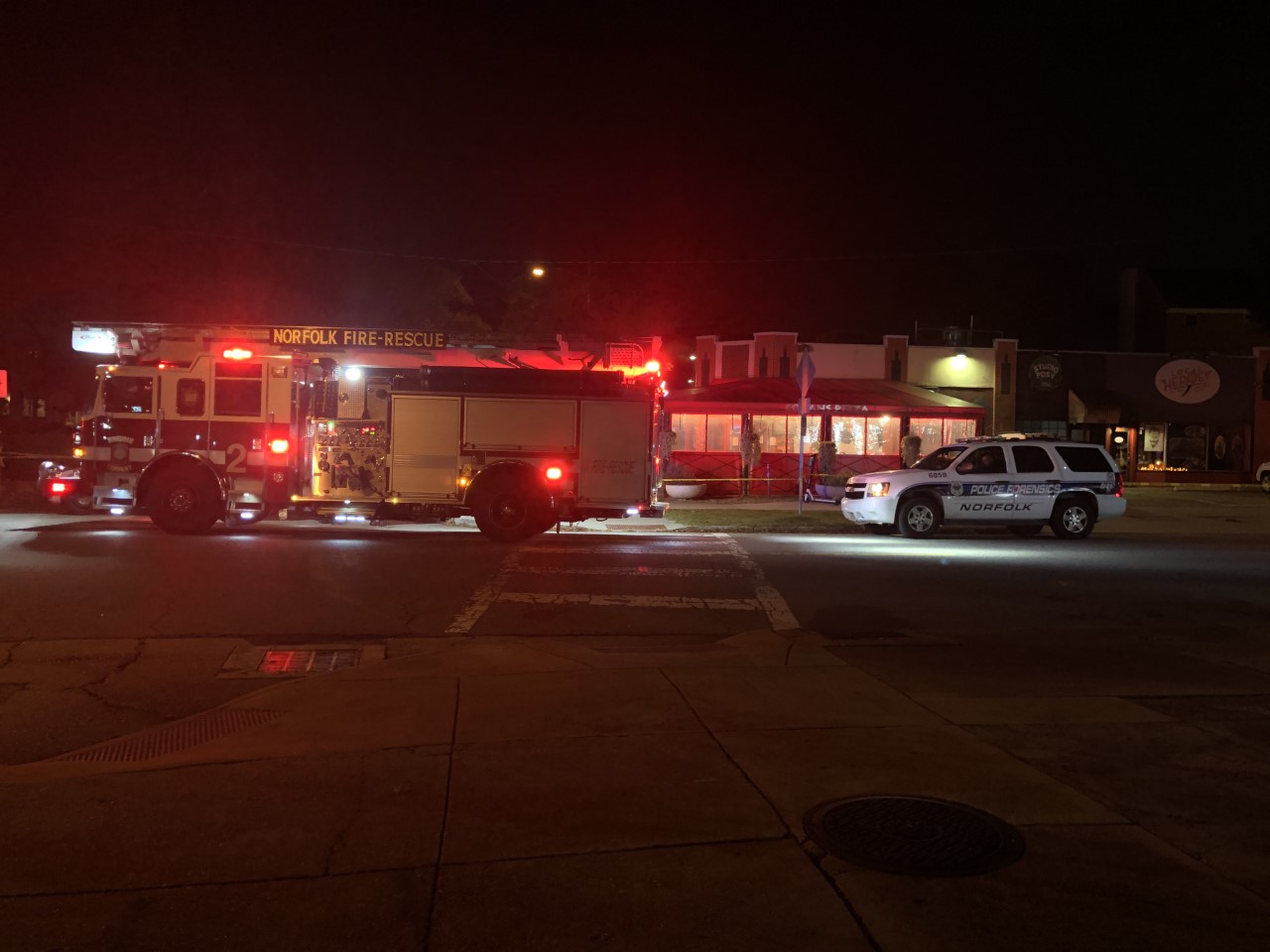