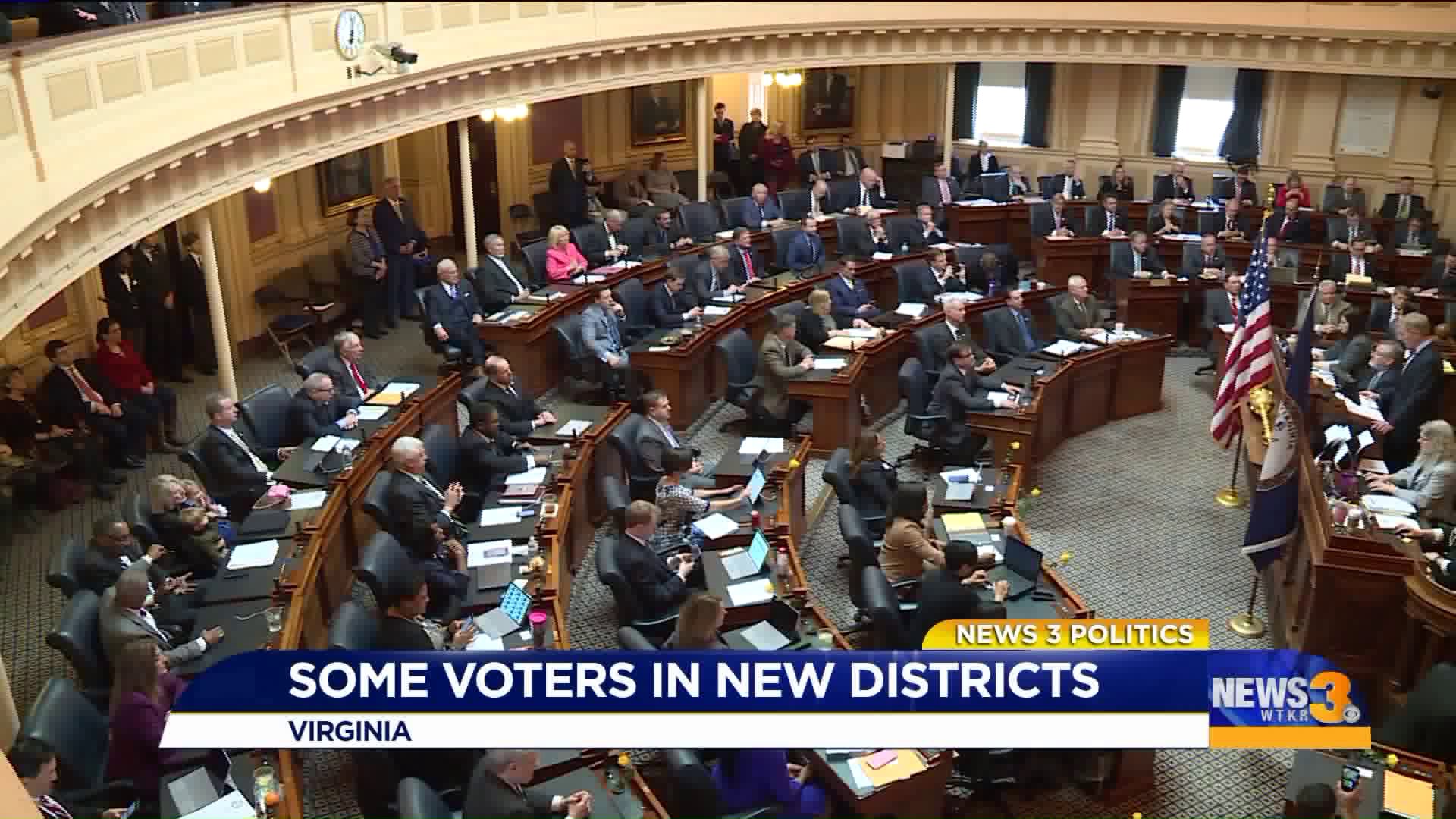 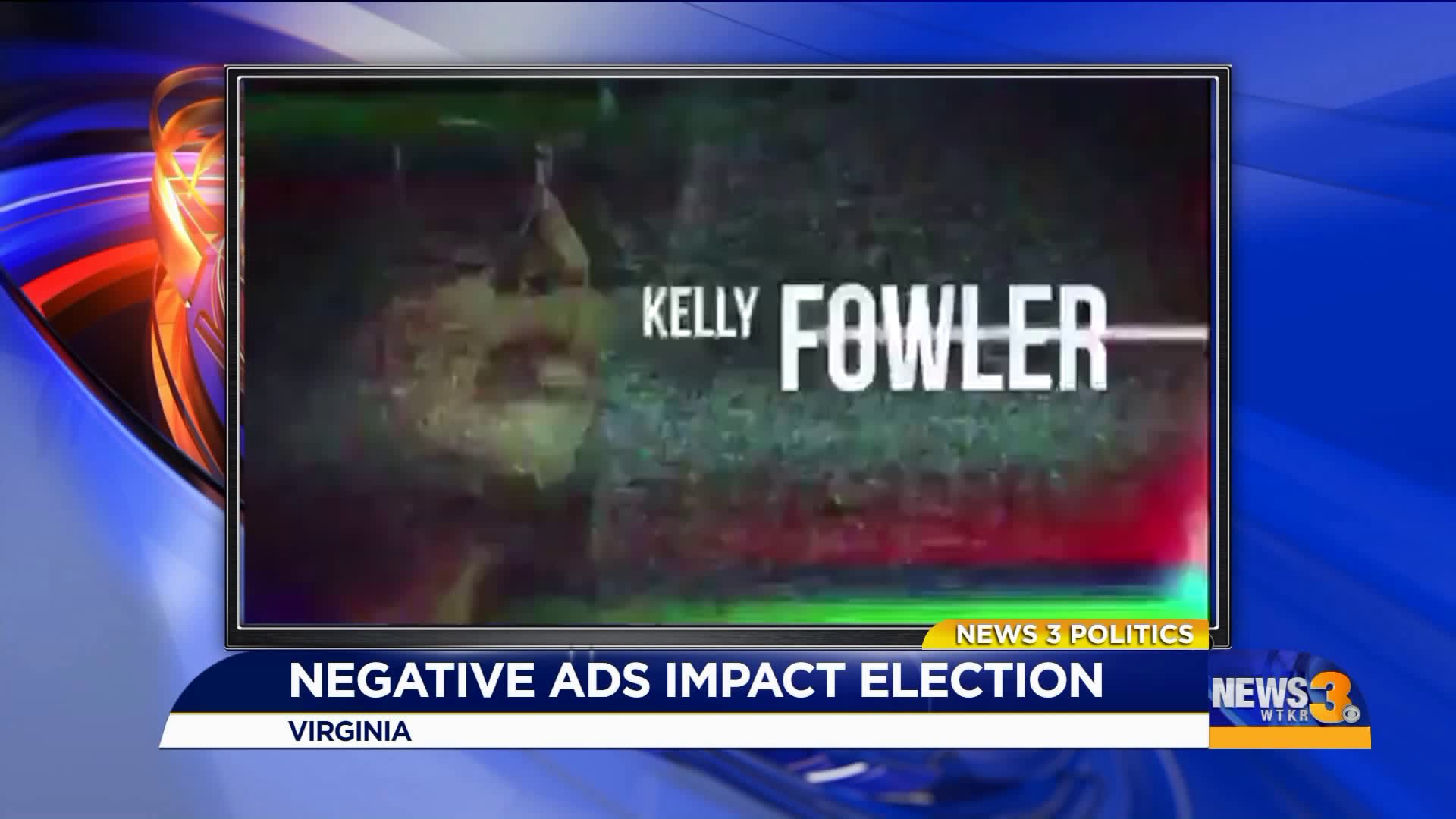 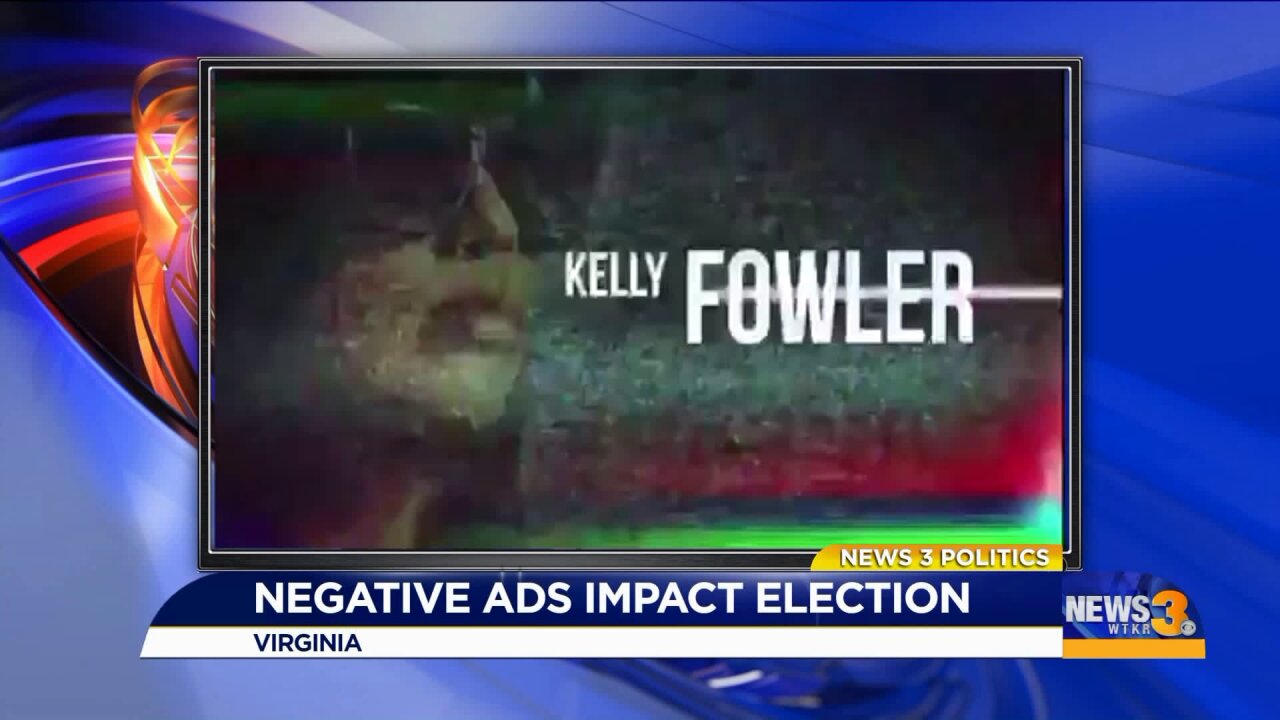 VIRGINIA BEACH, Va. - Negative campaign ads have been everywhere from television to mailboxes -- and this year they seem especially negative.

While the ads are annoying, they can be effective, according to Dr. Quentin Kidd from the Wason Center for Public Policy at Christopher Newport University. "The negativity is to suppress your opponent's core supporters, to demoralize them, if you will -- to make them feel bad about their candidate," he said.

The race for the 21st seat in the House of Delegates has been particularly negative. News 3 reported on a controversial flyer that's been mailed out in the race.

"Kelly Fowler -- silent when rape victims needed her most," the ad says. Fowler fired back, calling Kane's ad a "new low" and also coming forward as a survivor of sexual abuse herself.

Kidd says the ad is meant to target women who support Fowler.

"They're trying to depress that core support that Kelly Fowler has among women who were energized as part of the #MeToo movement and as part of the Donald Trump election," he said.

Still, Kidd cautions the campaigning can actually be too negative. "If they get too negative, if they're too over-the-top or seen as unfair in some way, they can actually encourage the very voters that they're trying to discourage," he said.

"Virginia Beach, in my mind, is the battleground of all battlegrounds right now," he said.

Other voters in Hampton Roads will vote in new districts for the first time on Tuesday. Several districts were ordered to be redrawn by a federal court due to concerns the districts were drawn along racial lines.

"The court said racially packing is unconstitutional because what it does -- it diminishes the vote of those voters that were packed into the district," Kidd explained.

The redrawing has left some veteran lawmakers, like Del. Chris Jones (R-Suffolk) and House Speaker Kirk Cox, vulnerable to losing on Tuesday.

Click here to learn more about some of the local candidates in the historic Virginia General Assembly election.