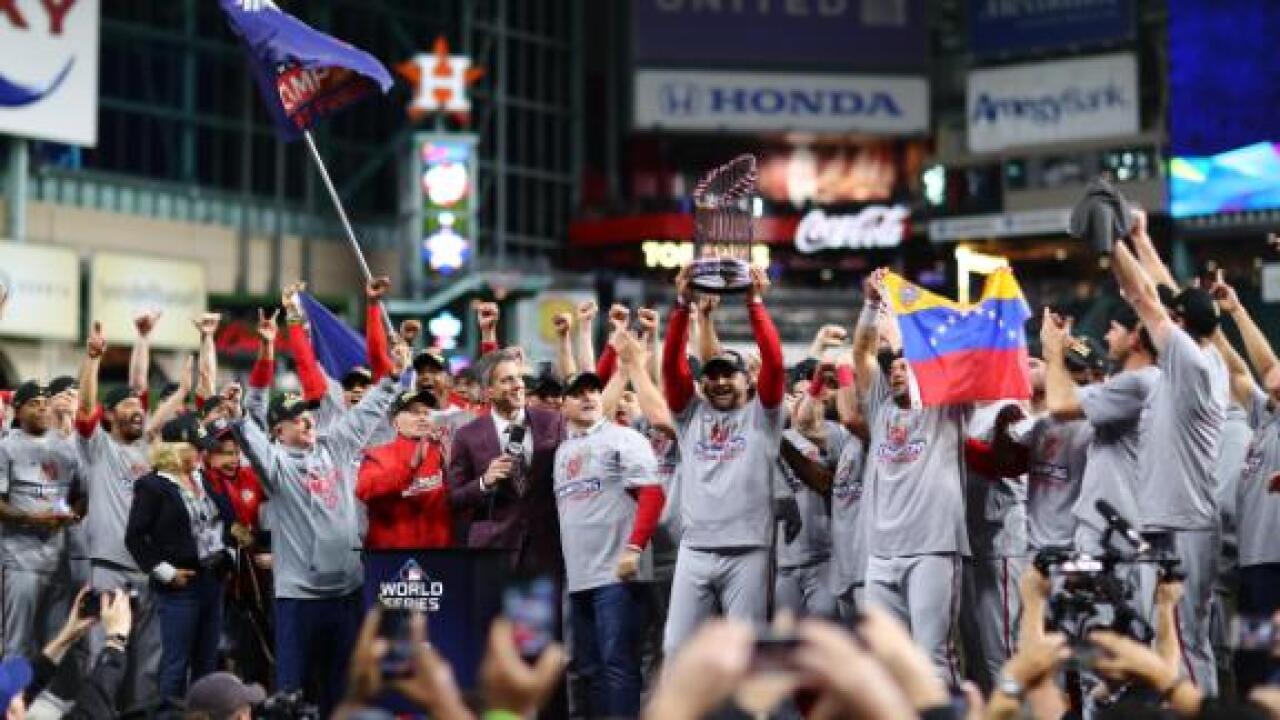 It’s been a little over a year since the Washington Capitals took home the Stanley Cup and partied their way through the nation’s capital.

Now, Washington is preparing for another victory parade.

The Washington Nationals beat all the odds this week and won the team’s very first World Series against the Houston Astros — the team with the best win-loss record of the regular season. It was truly a victory for underdogs everywhere.

Just look at these faces. How could you NOT be excited for them?

The team’s victory parade is Saturday at 2 p.m., and it’s sure fill the Washington air with the sounds of “Baby Shark.”

These baseball champions will begin their route near the National Mall on Constitution Ave and 15th Street NW. The team will continue down Constitution, culminating in a rally at the corner of Pennsylvania Avenue and Third Street NW.

More than 800,000 fans came out last year to celebrate the Capitals’ win, according to the Washington Metropolitan Area Transit Authority. This year might get just as crowded, and Washington Mayor Muriel Bowser has already asked fans to leave their cars at home.

Displaced fans can also get in on the action. The MLB Network will be showing the parade nationally and local affiliates will be streaming as well.

But the Nationals aren’t the only Washington sports team bringing home trophies this year.

The Washington Mystics prevailed over the Connecticut Sun earlier this month, winning the WNBA Finals for the first time.

The team’s championship parade won’t be until next Spring, though, to accommodate players’ other basketball commitments.