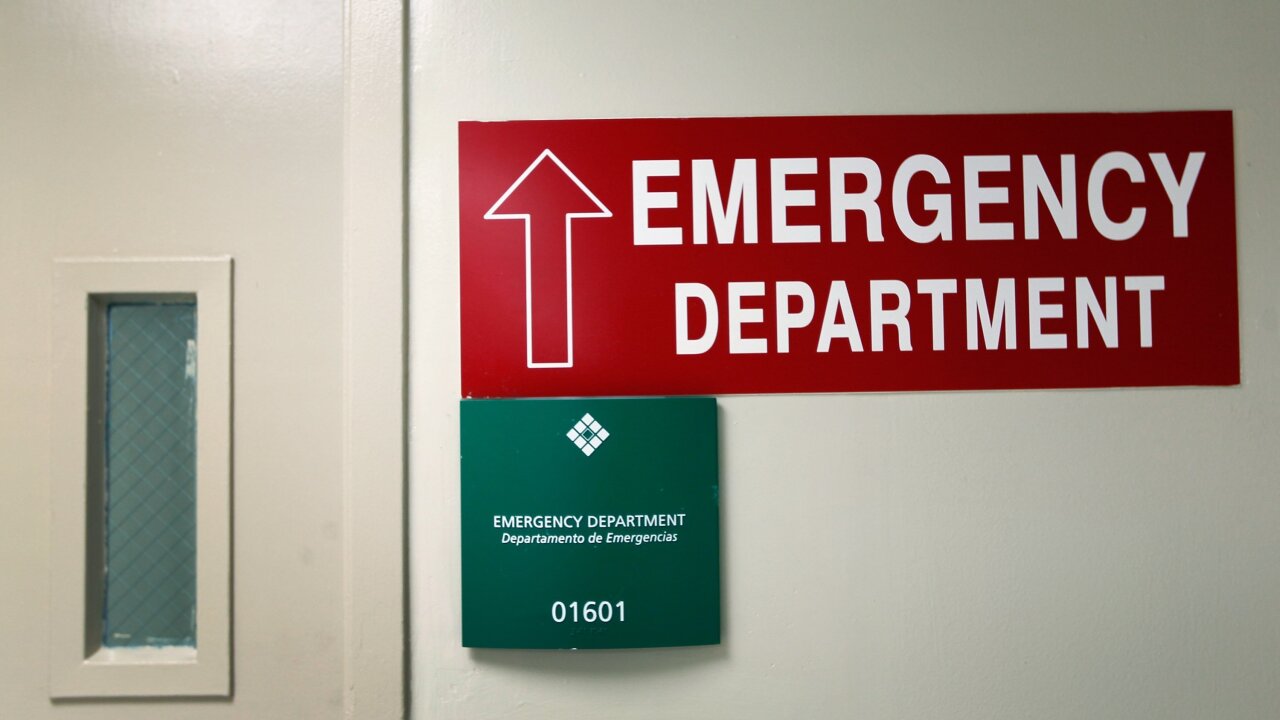 The study, published Monday in JAMA Pediatrics, found that the number of emergency department admissions for child sexual abuse jumped from 5,138 in 2010 to 8,818 in 2016, an increase of more than 70%.

The authors don’t know why the cases have gone up.

“Rates of child sexual abuse have fallen overall since the mid-’90s,” said author Jesse Helton, an assistant professor of social work at the College for Public Health and Social Justice at Saint Louis University. “We know that sexual abuse cases are hard to measure, but overall with the rates going down, it should be seen as alarming that the rates are going up in the ERs.”

The study noted there has been an increase in the number of girls who were involved in sex trafficking, but it’s unlikely to account for the entire increase.

What is important to note, Helton said, is that child sexual abuse isn’t something that just happens behind closed doors, impacting just the child and family.

“What we know is this impacts child abuse and neglect permeates all areas of our society. It impacts the community, schools, churches and it affects hospitals, and in this case, emergency departments, too, and the departments need to know how to properly care for kids in these circumstances and how to collect evidence,” Helton said.

The study says there is “ongoing concern” about the quality of care and treatment of sexually abused children who are admitted to emergency departments.

Dr. James E. Crawford-Jakubiak, who is not affiliated with the study, but whose work is cited in the report, said numbers like this may be shocking to some. But working as the medical director of the center for child protection at UCSF Benioff Children’s Hospital in Oakland, Calfornia, means he is not surprised by the high rate of abuse.

“Maybe not being surprised is the shocking thing,” he said. “This is a very common pediatric problem that we see, especially for girls.”

More than 85% of the children being treated for sexual abuse in this report were girls. Based on the number of patients he sees at his hospital, he believes the numbers in this report are likely an undercount.

“This is the floor, most kids don’t disclose the nature of what happened to them, and often delay reporting the abuse or assault for weeks, months, or even years,” Crawford-Jakubiak said. Perpetrators of abuse count on children staying quiet, he said, and threaten children or tell them they will not be believed if they tell their parents.

Crawford-Jakubiak said society does seem to be getting better about believing children. He said he has lost count of the number of mothers who come in with their child to be cared for after an assault, who tell him about their own experience of having been sexually abused as a child.

“Often I am the first person that they have ever disclosed to about the abuse that happened to them, this is 30 years later,” Crawford-Jakubiak said. They tell him no one would have believed them at the time, or if they did tell someone, no one did anything about it.

“This is a really important reminder this happens all the time and happens in all communities, we need to make sure that when someone does say this has happened to them, there is a place in every community to be safe,” Crawford-Jakubiak said.

A study published in October found that more than 3.3 million American women ages 18 to 44 were raped the first time they had sexual intercourse. The average age when these women experienced forced sexual initiation was 15.6. The average age of the partner or assailant at the time was 6 years older.

There are disparities in the quality of care and the kind of treatment available to children who suffer sex abuse, the study said. Not all communities have hospitals with pediatric treatment and not all hospitals have trained specialists who can help in this area of medicine. Crawford-Jakubiak hopes a report like this can be used to advocate for more resources.

“I think a paper like this reminds us that these kids are going to come in for care whether or not a particular community is ready for them and hopefully a paper like this will be used by communities all across the country to advocate for the funding and the training that people in the community need to help these children,” Crawford-Jakubiak said. “Unfortunately, this is far too common a problem.”