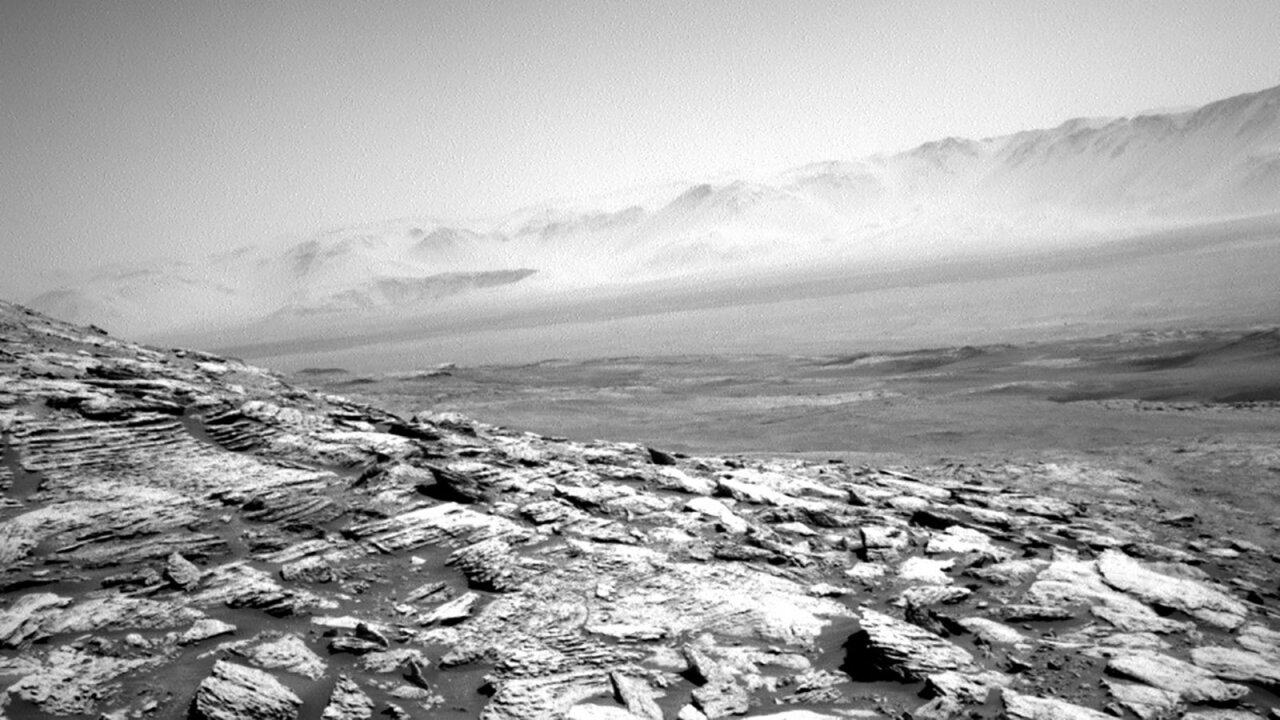 NASA’s Mars Curiosity rover is still traversing the Red Planet on its own, searching for evidence of past life there.

On the most recent leg of its solo mission, the rover captured images of a somewhat eerie vista.

The image shows the distant rim of the Gale Crater, a dried-up lake with a mountain in its center, though much of it is concealed by dust. NASA scientists have tasked the Curiosity with exploring it to search for signs of past life.

The Curiosity is a sophisticated machine that was built to explore and probe Mars by itself after NASA lost contact with the Opportunity rover during a Martian dust storm.

In this stage of the mission, it’s analyzing the chemical composition of the Central Butte, taking images of different rock types otherwise invisible to the naked eye and analyzing environmental conditions near the Gale Crater.

Curiosity has been NASA’s interstellar detective since its debut on Mars in 2012. It’s scaled Martian mountains, discovered evidence of salt water in its ancient craters and even snapped a selfie with its robotic arm.

Once it’s through investigating this side of the butte, it’ll take images from the other side, NASA said.