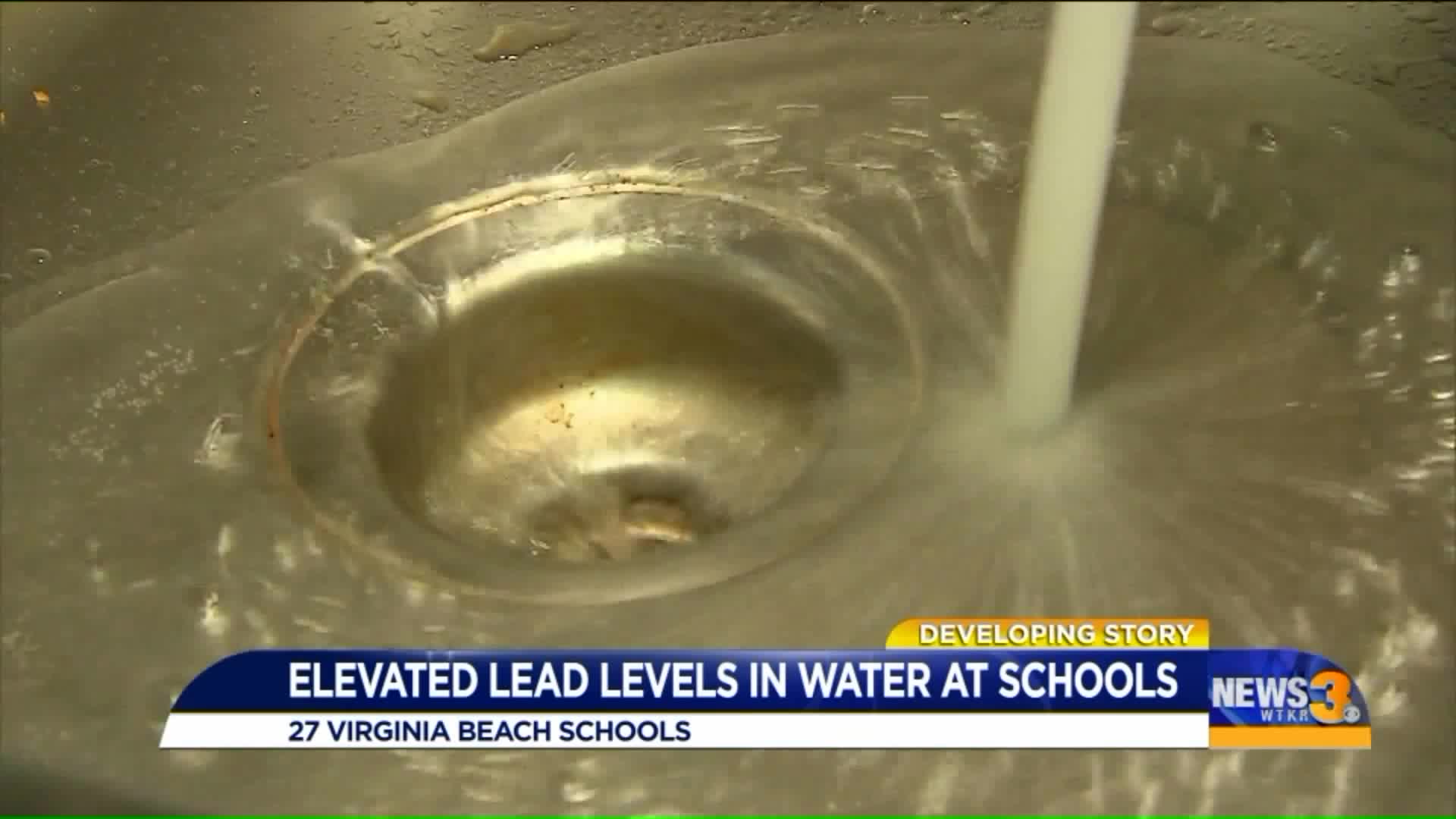 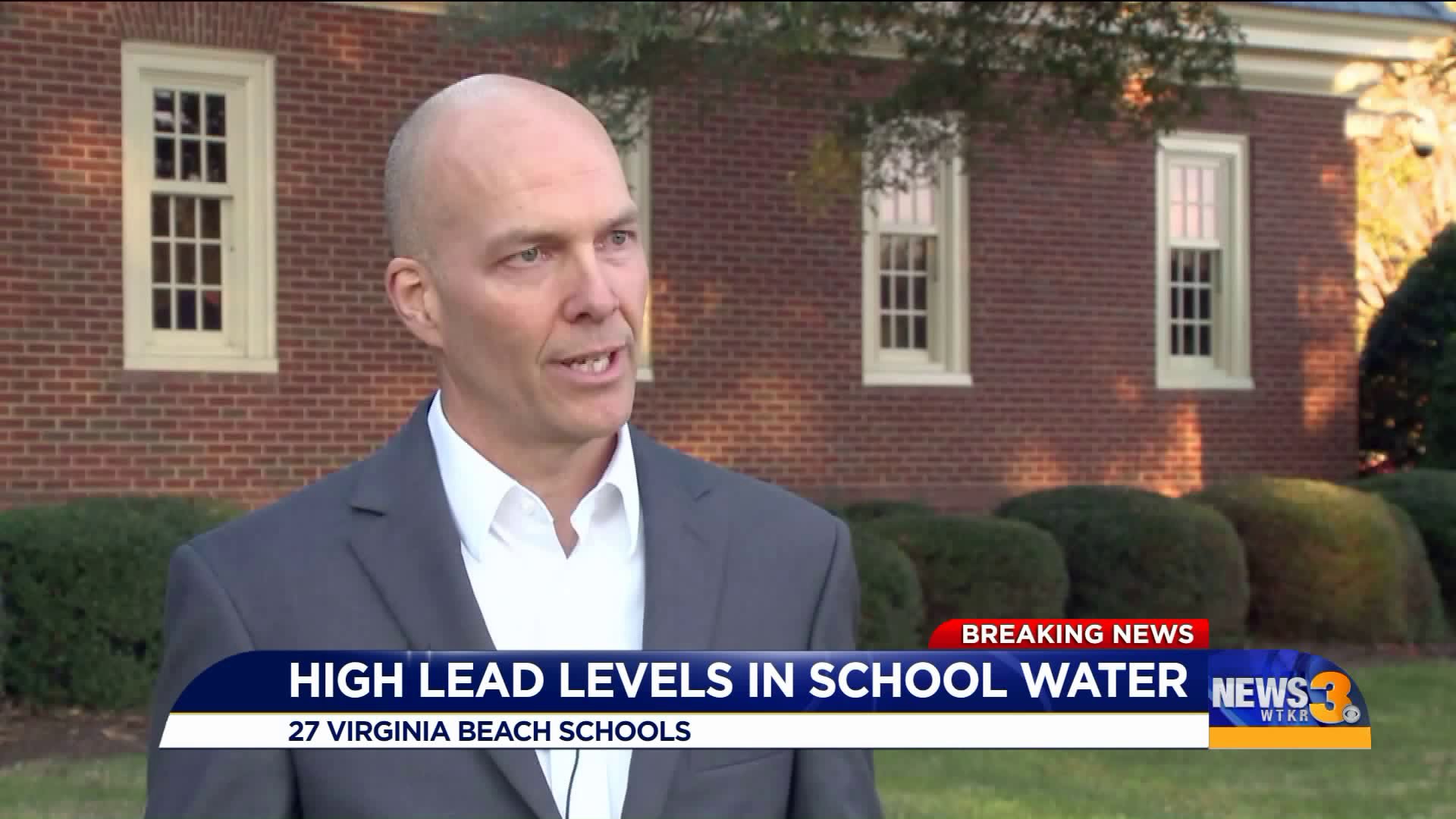 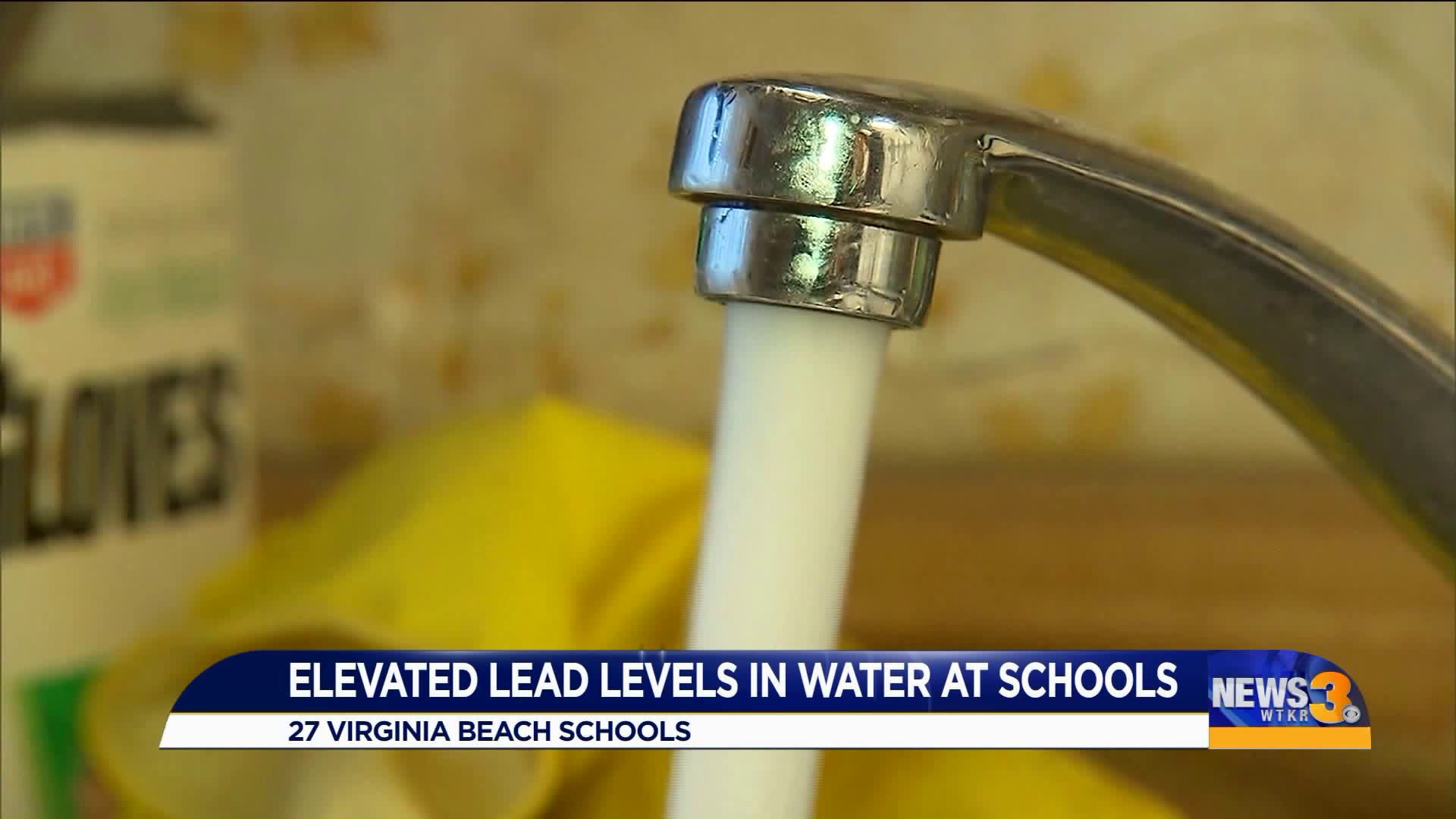 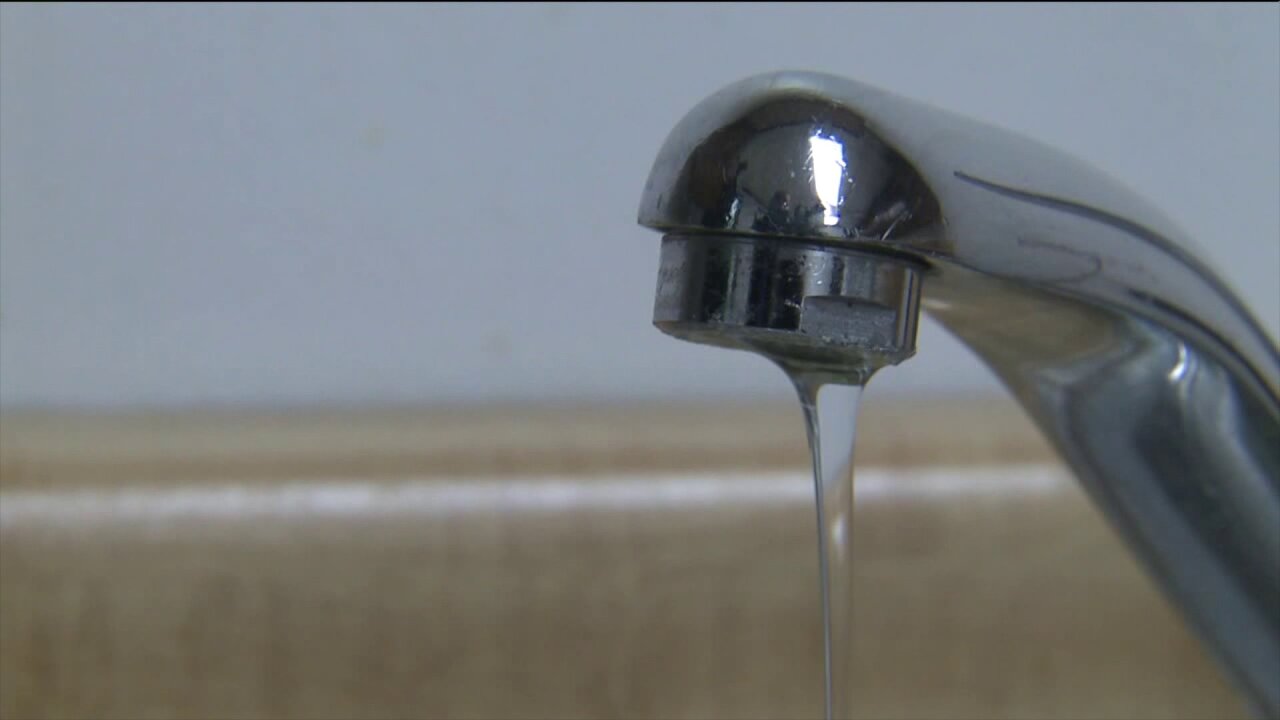 VIRGINIA BEACH, Va. - A notice sent to families from Virginia Beach City Public Schools on November 6 alerted them that testing of water sources in several schools built during or before 1986 had lead levels greater than the industry refers to as “actionable levels.”

This fall, results from the tests stated that 96% of drinking and food prep sites were "below threshold." Sixty-one drinking and food-prep sources in 27 of those schools returned results with lead levels greater than 15ppb.

On November 12, News 3 learned school officials sent a new alert to parents at seven schools. Officials say while reviewing the results from the initial water testing, they found two additional water sources with actionable lead levels. This was water that was previously misidentified as a non-drinking source. School officials say those sources have now been secured.

"We understand that this may be concerning news, especially if your child is in one of the schools that was affected," said VBCPS Superintendent Aaron Spence. "But we are working closely with the VBDPH and Virginia Beach City Public Utilities, both of which are providing guidance and support. Our testing protocol is in place for this very reason: To identify and correct issues expediently. We are and will remain committed to protecting the health and well-being of our students and staff in VBCPS."

Also, water sources in all drinking and food prep sites will be tested in all remaining buildings by the end of the school year. In any school where testing has not yet been completed, bottled water will be available on an add needed basis for students and staff.

A wesbite has been created by Virginia Beach City Public Schools, so that families can learn more about lead water levels, see the division’s recent test results and follow the progress of further testing.