PORTSMOUTH, Va. - Customers of a local convenience store are very concerned after police say it was robbed twice in one night.

“I hope so because if I do, I’m out of here,” Jones told News 3 reporter Brian Hill.

Maybe the suspect was hoping his jackpot was there as well. 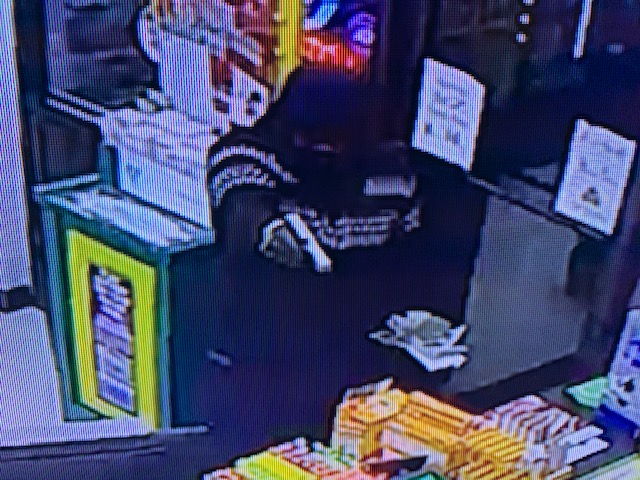 Juanita Parham shops at nearby stores.

“It does make you leery, and that’s why me and my husband, we come and try to take care of business while it’s still daytime,” Parham explained.

Investigators say the suspect got away with cash, but that wasn’t it for the convenience store.

Several hours later, early Saturday around 4:20 a.m., cameras captured another masked man standing near a trash container, pointing a gun toward the store. According to police, the burglar could be seen on camera firing a shot into a now-boarded up window, which was about six or seven feet from where he was standing.

Police said he broke in through that same window. His jackpot: A backpack full of cigars.

“I won’t be here anymore, that’s what goes through my mind. It’s just happening too frequent around here,” Jones explained.

Other business owners in the shopping plaza tell us the store has been hit multiple times since last year. Customers said they hope these two turn their lives around.

“I’m just glad no one got hurt, no one got killed, and hopefully the person that did this sees this and they’ll feel guilty and say, ‘You know what, I don’t want a life of crime. I wanna do better for myself,’” Parham said.

Investigators do not believe the burglary and robbery are related.

The suspect in the robbery from Friday night is described as a man in his late 20s or early 30s. He stood approximately 5’6” to 5’7” tall and weighed between 175-185 pounds. The suspect was last seen wearing a blue ski mask, black pants, white sneakers and a black sweater with a white design on it.

The suspect in the burglar is described as a male who was last seen wearing all-black clothing and was carrying a black backpack.

If you know any information that could assist police, call the Crime Line.