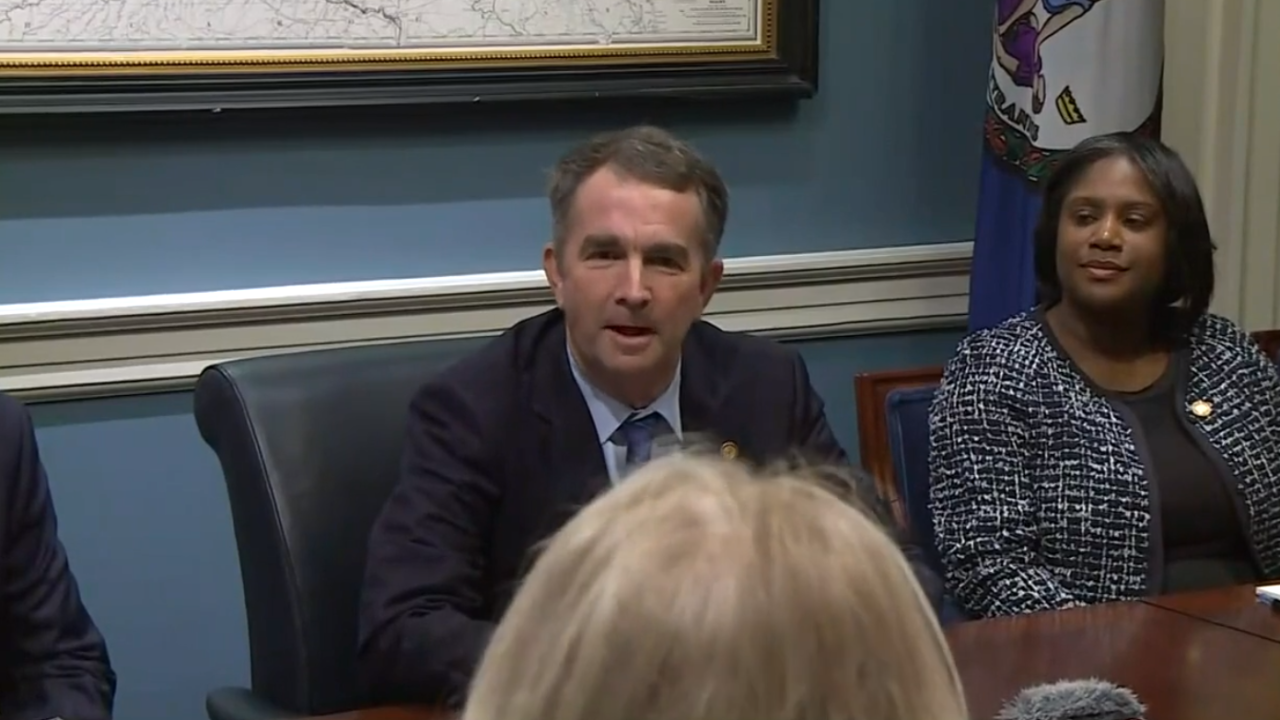 RICHMOND, Va. – In a news conference from his cabinet meeting, Gov. Ralph Northam jokingly said “we have plenty of ink” when speaking about the legislative measures, prospects and hopes that lay ahead for Democrats in the Commonwealth after taking control of the House and Senate following Tuesday’s election results.

In his news conference meeting on Wednesday, Northam let many of his cabinet members layout what Democrats have been working on, which included gun legislation, healthcare measures, environmental initiatives and how transportation improvements are going.

Democrats across the board attributed Tuesday night’s energy to one main source: President Donald Trump.

“The temporary occupant of the White House and with his tweets, that made a difference,” said Del. Eileen Filler-Corn, the current Democratic House leader and the person poised to become the first female speaker of the House. “That energized the base.”

“Trump and guns were the difference,” Jankowski said.

The new base of power in Richmond will certainly lead to a whole host of issues in Virginia getting a second look. Progressive issues like the passage of the Equal Rights Amendment, a boost to the state’s minimum wage, the expansion of reproductive rights and tighter gun control laws were all promises made by Democratic leaders Tuesday night.

But Republicans were already warning with this newfound power, Democrats could fundamentally re-shape Virginia in way that many voters might not expect. And they promised to not go down without a fight.

“We will fight that agenda at every turn, but with unchecked control of both Houses and a governor still desperately seeking rehabilitation, we will have our work cut out for us,” said Del. Todd Gilbert, the current House majority leader. “One thing is for certain, Democrats will completely own the results of the next two years.”