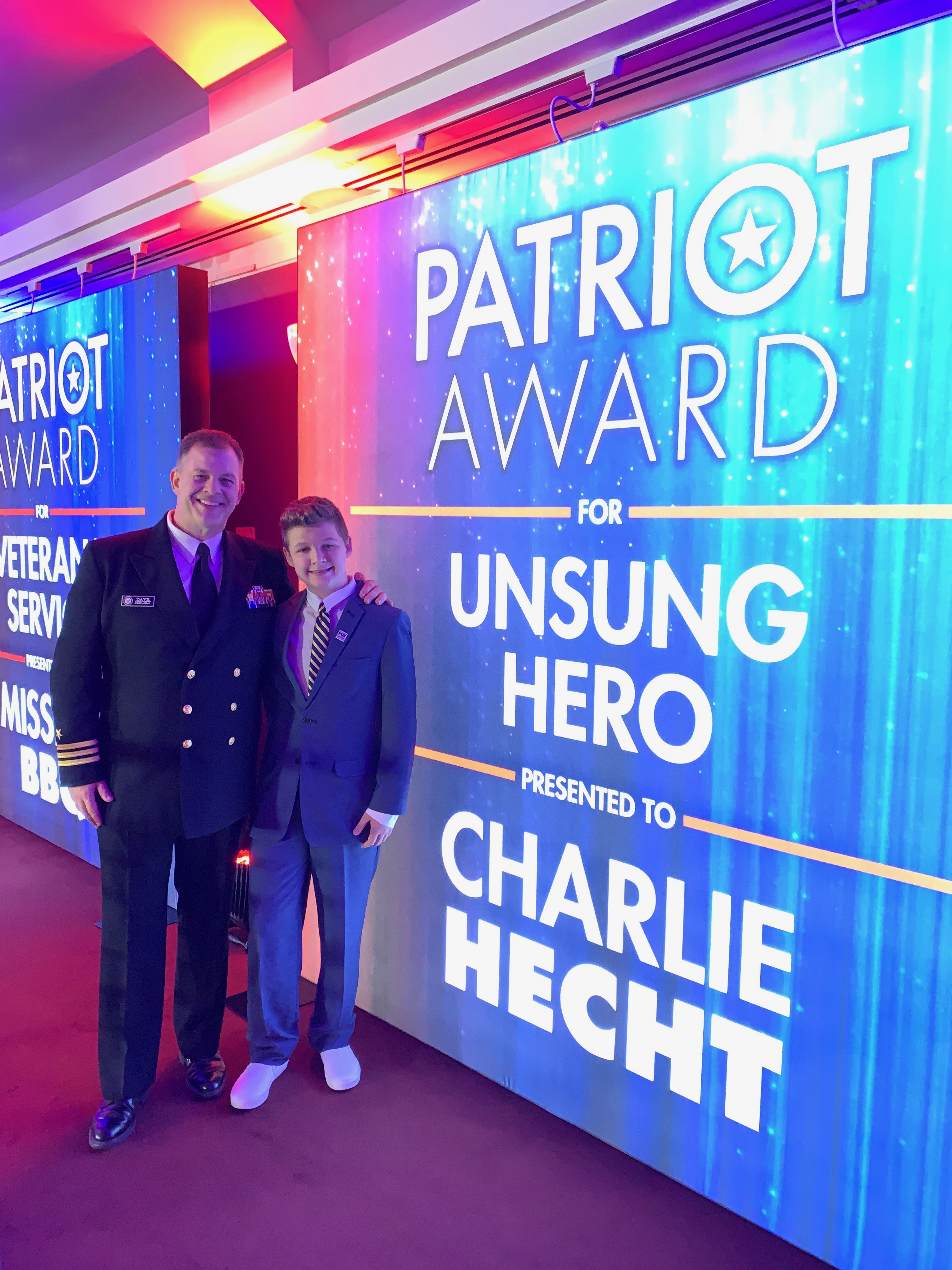 ST. PETERSBURG, Fla. – A Chesapeake boy who took action to cover his neighborhood in red, white and blue was recognized on a national stage for his patriotism.

Over the summer, News 3 reporter Erin Miller told you about 14-year-old Charlie Hecht and his “Patriotism Project.”

He saw there weren’t enough American flags on display in his neighborhood, so he struck a deal with a local Lowe’s, which gave a discount on flags to anyone who brought in a flyer that Charlie created. News 3 Anchor Beverly Kidd also gave him a People Taking Action award for his efforts.

On July 4, he reunited with Erin after he accomplished his goal.

Fox News recently presented Charlie with a Patriot Award. It’s an honor for American heroes – typically for military members and first responders – but Charlie was picked out of the entire country as an “Unsung Hero.”