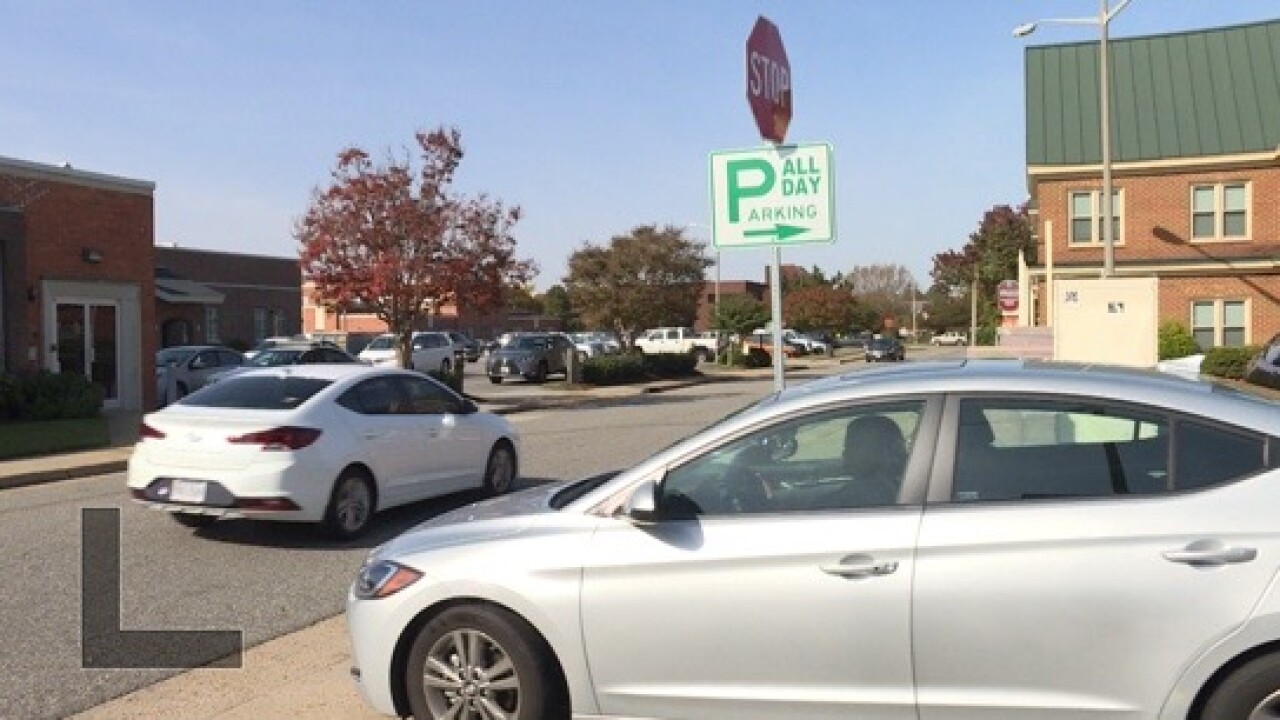 HAMPTON, Va.— Parking in downtown Hampton is going to be inconvenient for some people beginning next week.

The city is starting work on more than 20 parking lots that need some TLC. Drivers will have to find somewhere else to leave their cars while the work gets done.

“It’s very much a wear and tear issue. It’s been several years since the parking lot and the signs have been looked at,” said City of Hampton Communications Coordinator Fred Gaskins.

The white lines on the pavement are barely visible in some lots, and residents have taken notice.

Gus Johnson says parking at night when it’s raining can be especially difficult.

“I can barely see them at night. Because of the rain, it’s invisible, and the rain diminishes the visibility so it’s hard to see at night,” said Johnson.

Gaskins said the city will have electronic signs in front of the lots the day before to let people know the lot is going to be closed the next day.

Many lots will have a neighboring lot for people to parking in that is open, but Gaskins said in some situations people could have to walk 5 to 10 minutes.

The city says they will also work to make accommodation when they can.

“In some areas we’re going to have lots that are permit only, and in those cases, we may lift that permit only restrictions so that anybody can park in that lot while the other lots are being cleaned and re-striped,” said Gaskins.

The city says the issue was brought to their attention and they have the resources to make the updates, so they wanted to get it done.

The work is slated to finish on December 2. The full schedule of lot closings is on the city website.