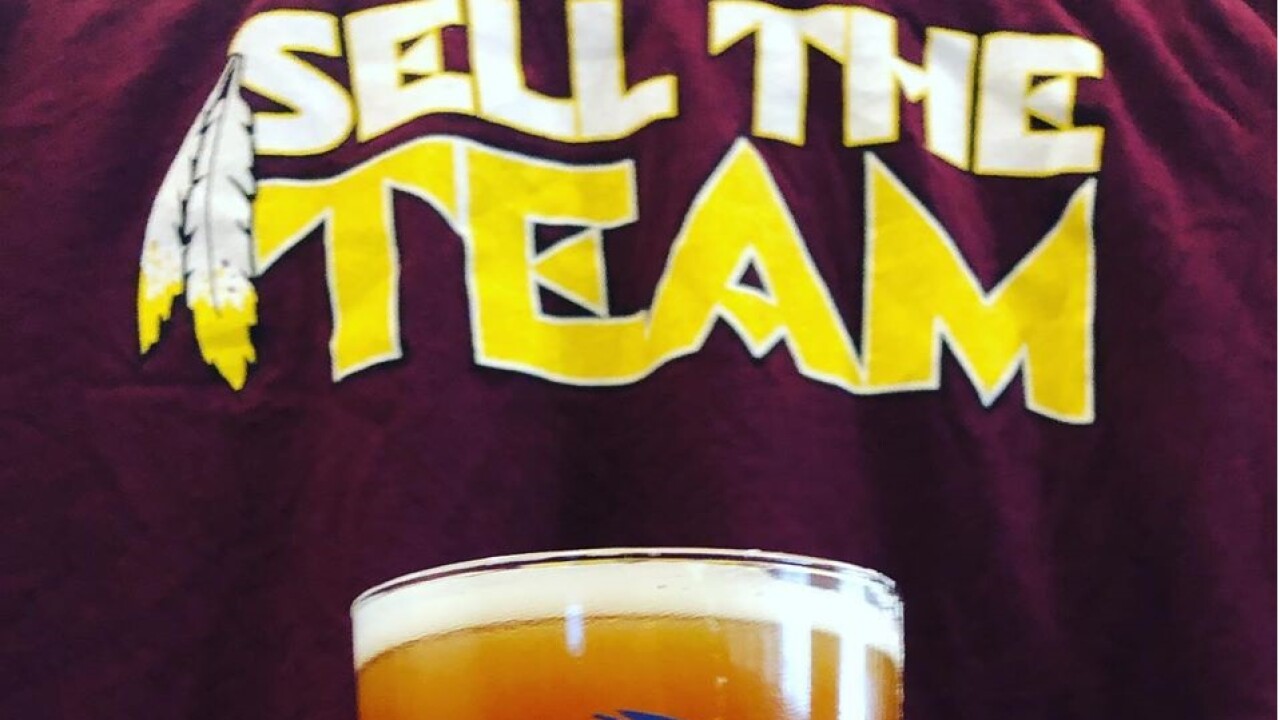 PURCELLVILLE, Va. – One Virginia brewery is coping with its frustration with the Washington Redskins (1-8) by selling a beer that promotes the idea of ‘Skins owner Dan Snyder giving up the team.

The beer is described as “Bitter and slightly disappointing like a day at FedEx field!”

In a Facebook post, the brewery says the beer is “finished at 9.5% to get you through another dreadful Sunday.”

A portion of the proceeds that come from each keg sold between now and Monday will go toward covering the cost of Thanksgiving dinners for the Tree of Life food pantry.

Tomorrow will be the release of Sell The Team! This double west coast IPA finished at 9.5% to get you through another dreadful Sunday. Bitter and slightly disappointing like a day at fedex field! Available in-house on draft by pint and growler fills only. Sorry no cans or bottles yet. We are working on that! *** For each keg of the “Sell the Team” DIPA kicked between now and Monday, we will donate $$$ to cover the cost of  Thanksgiving dinners to the Tree of Life food pantry! 22 kegs=22 Thanksgiving dinners. Let’s do this! #community #givingback #SellTheTeam #Redskins #httr #selltheteam #ipa #bitter #hops #locoaletrail #fedexfield #dansnyder #firebruceallen #wvbeer #harpersferry

A post shared by Harpers Ferry Brewing (@harpersferrybrewing) on Nov 5, 2019 at 5:48am PST