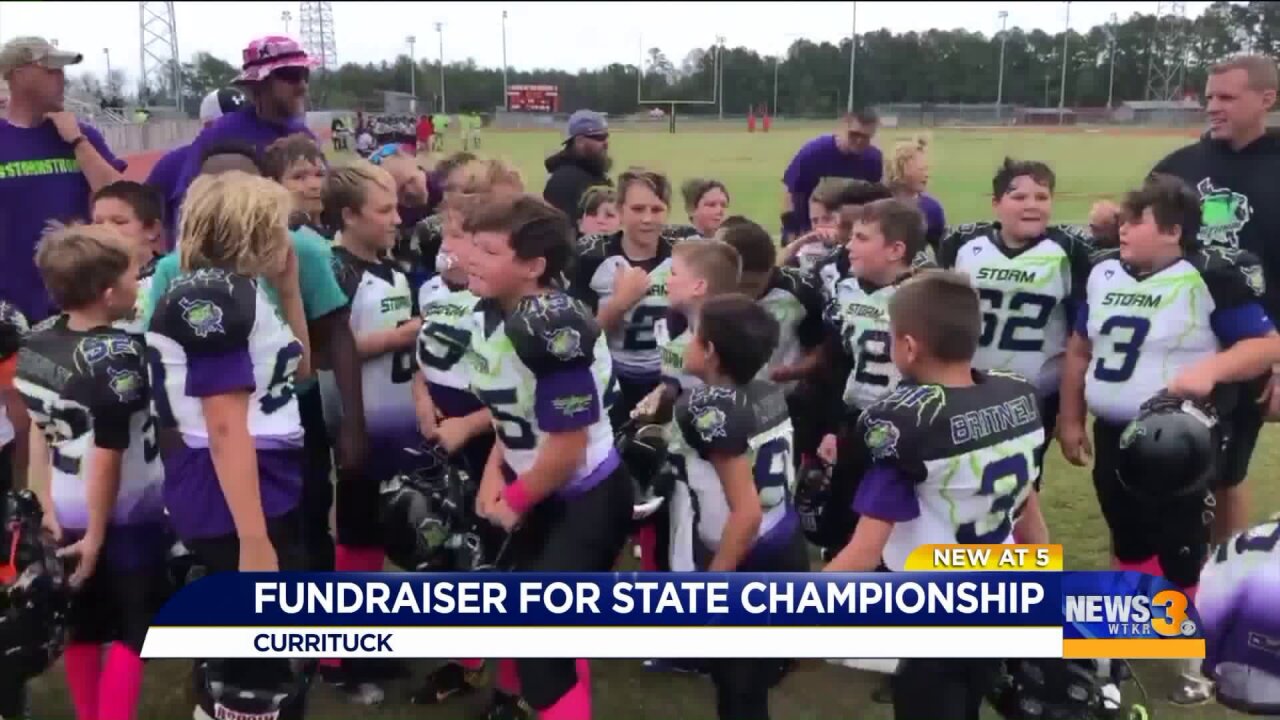 CURRITUCK COUNTY, N.C. – The Carolina Storm, a youth football team that was fundraising to cover travel costs to the state championships in North Carolina, exceeded its Facebook fundraising goal for its food, lodging and travel costs.

The team said it is thankful the community stands behind them.

“It says they support our kids and we’re thankful for that, because it’s a lot more than football when you support your children,” Elissa Cooper, a team board member, said by phone.

While the team is away, Barry’s Walnut Island Restaurant in Grandy will donate 25 percent of all food sales to Kayden Smith on Saturday. Smith, known among his teammates as “Bubby,” is one of the team’s star players who recently had a tumor detected in his brain.

He showed concussion-like symptoms after one of their games and was hospitalized. Doctors performed tests on him and found the tumor.

He and his coach told News 3 that football helped find that tumor.

The proceeds will go towards “Bubby’s” medical expenses. The restaurant is located at 169 Walnut Island Boulevard in Grandy.