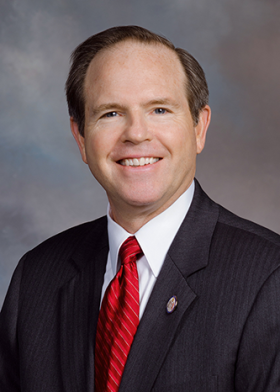 VIRGINIA BEACH, Va. – While election season is over for most candidates across the state, two competitors in the Hampton Roads area could be headed into overtime.

Before provisional ballots were counted, Democrat Nancy Guy led Del. Chris Stolle, R-Virginia Beach, by 18 votes in the race for House District 83, which covers portions of Norfolk and Virginia Beach.

Stephanie Iles, Norfolk’s voter registrar said that four provisional ballots cast at the East Ocean View precinct were for the 83rd district. That precinct, which Guy won by 99 votes, is the only Norfolk precinct represented by the 83rd District.

The deadline to provide identification expired at noon Friday. Iles said that Norfolk’s provisional ballot canvass and the certification of the election results will be completed on Tuesday.

After the election is certified, the Virginia Department of Elections allows the losing candidate 10 days to petition for a recount if the difference between the votes is within 1%. The current margin between Guy and Stolle is .08% — though the website hadn’t been updated at the time of publishing to reflect the new 26 votes claimed by Guy.

Stolle has served in the House since 2010. He faced tougher odds in the district after the U.S. Supreme Court upheld a lower court’s decision that the previous House of Delegates map was racially gerrymandered. According to the Virginia Public Access Project, the newly drawn district is 12.4 percentage points more favorable to Democrats than before.

“I believe that every vote needs to be counted,” Stolle said. “We are anxiously awaiting the results of the provisional ballots. This election is so close that it is highly likely that it will go to a recount.”

When reached for comment late Friday, Stolle’s campaign said they stand by their earlier statement and had nothing more to add.

Guy, a former member of the Virginia Beach School Board, also claimed victory Tuesday night moments before the Associated Press called the race in Stolle’s favor.

When reached by phone Friday afternoon, Guy’s campaign manager Sandra Brandt said that the campaign won’t have news until after the provisional ballots are counted.

“We got an update that Virginia Beach is about halfway through counting provisional ballots as of 3 p.m.,” Brandt said. “It’s looking like it will be an all day affair.”

Norfolk has until Tuesday to complete the provisional canvass and certification of election results, according to Iles.

With a potential recount ahead, the race could remain in doubt for several weeks.

The Hampton Roads region is no stranger to recounts in General Assembly races. A 2017 recount in House District 94 received widespread coverage after Del. David Yancey, R-Newport News, and Democratic challenger Shelly Simonds tied after a recount. Yancey was declared the winner in a random drawing from a ceramic bowl that served as the tiebreaker. Simonds beat Yancey handily — by almost 3,500 votes — in an election re-match on Tuesday.

On Friday, Del. Roxann Robinson, R-Chesterfield, was ahead of her Democratic challenger Larry Barnett by 194 votes. Barnett issued a statement Friday night that he will not request a recount.

Democrats will maintain control of the House of Delegates whether or not Guy wins a recount. If Guy and Freitas keep their leads, Democrats hold 55 seats to the 45 held by Republicans.