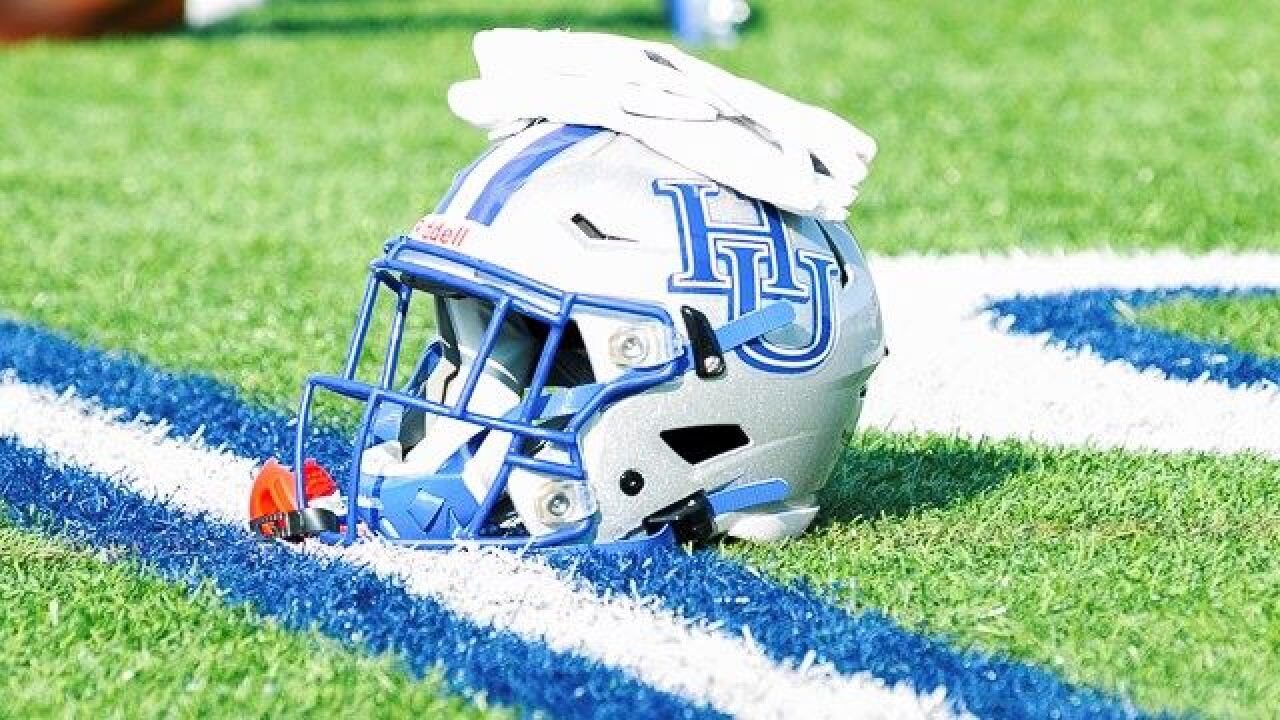 For the second straight game, Hampton scored on its opening possession as the Pirates drove 73 yards in six plays with Deondre Francois connecting with Jadakis Bonds on a 33-yard scoring pass.   The extra-point attempt failed as Hampton held a 6-0 lead at the 11:03 mark.  Shai McKenzie got 18 of those yards

Charleston Southern hit a big play on its second drive with a 59-yard pass to get down to the Hampton 13.  The Pirates held them to a 25-yard field goal by Alex Usry with 8:14 remaining in the quarter for a 6-3 Hampton lead.

The tandem of Francois and Bonds culminated a 12-play, 65-yard drive with a five-yard scoring pass with 3:15 left to give Hampton a 13-3 lead.

Charleston Southern got back into the contest on the heels of a two-yard run by Darius Douglas to complete a 72-yard scoring drive and trail 13-10 with 5:28 left in the half.

He put the Buccaneers in the lead for the first time with a 19-yard run to lead 17-13 with 4:35 left.  Douglas connected with Tyree Baptiste on a 42-yard connection to set up the scoring run.

The tandem of Bonds and Francois struck again to finish off a 76-yard, 10-play drive with a five-yard touchdown reception with 8:26 remaining.  That reception tied Bonds with Marquay McDaniel for the single-season touchdown reception mark with 14.   A 37-yard field goal by Usry with 4:07 left evened the game at 20.

Francois was 26-of-47 for 298 yards and three touchdowns.  Bonds caught 10 passes for 91 yards, while KeyRon Catlett had eight for 96 yards and Marcel Paul had seven for 99 yards.  Shai McKenzie topped the rushing with 58 yards on 20 carries to snap his four-game 100-yard streak.  He will enter next week’s game 33 yards from 1,000 on the season.

Hampton returns to action for its final home game of 2019 when they face Kennesaw State for the first time on November 16 at 1 pm.