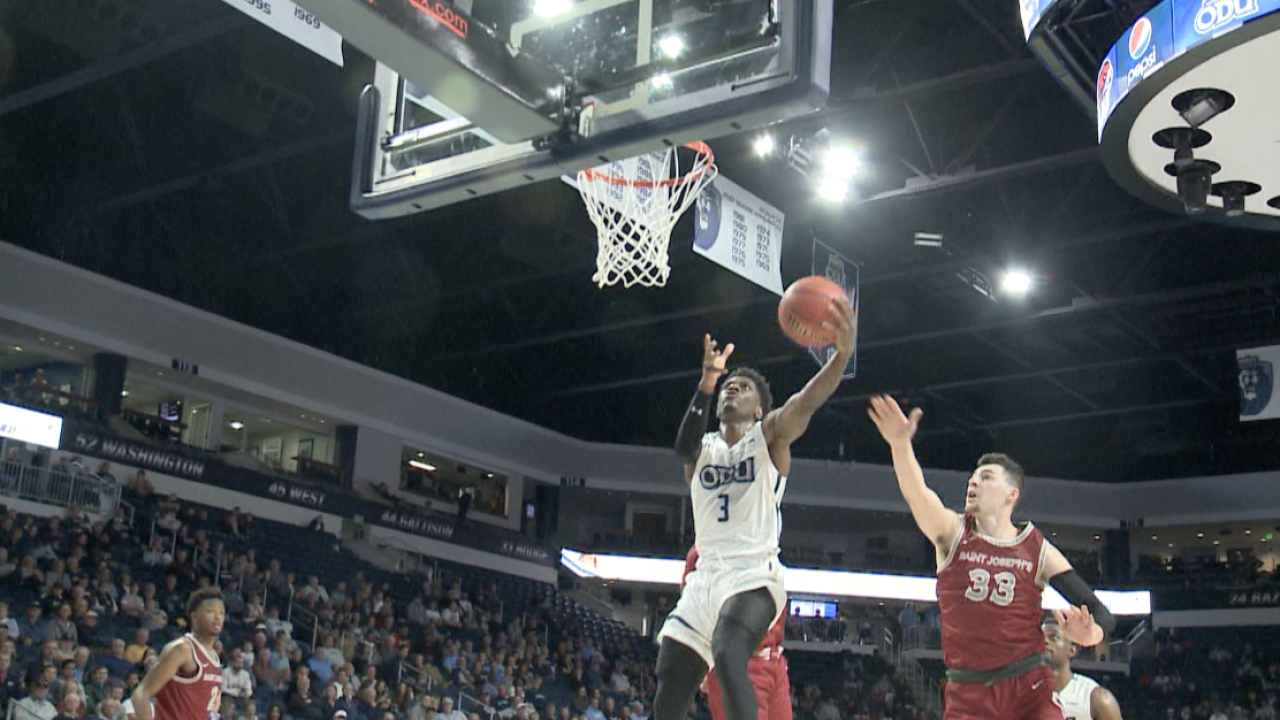 The Hawks were first to put points on the board in the first half and took a 12-point lead before ODU went on a 9-1 run to pull within four points by halftime.

The Monarchs shifted the momentum in their favor at the start of the second half with a 13-3 run to claim a six-point lead.

Xavier Green led the team in scoring with 18 points and had a career-high 10 rebounds, while Marquis Godwin was right behind him with 17 points.

Next up for the Monarchs is a home game against Loyola on Wednesday.