‘Lady and the Tramp’ issues a familiar bark to introduce Disney+ 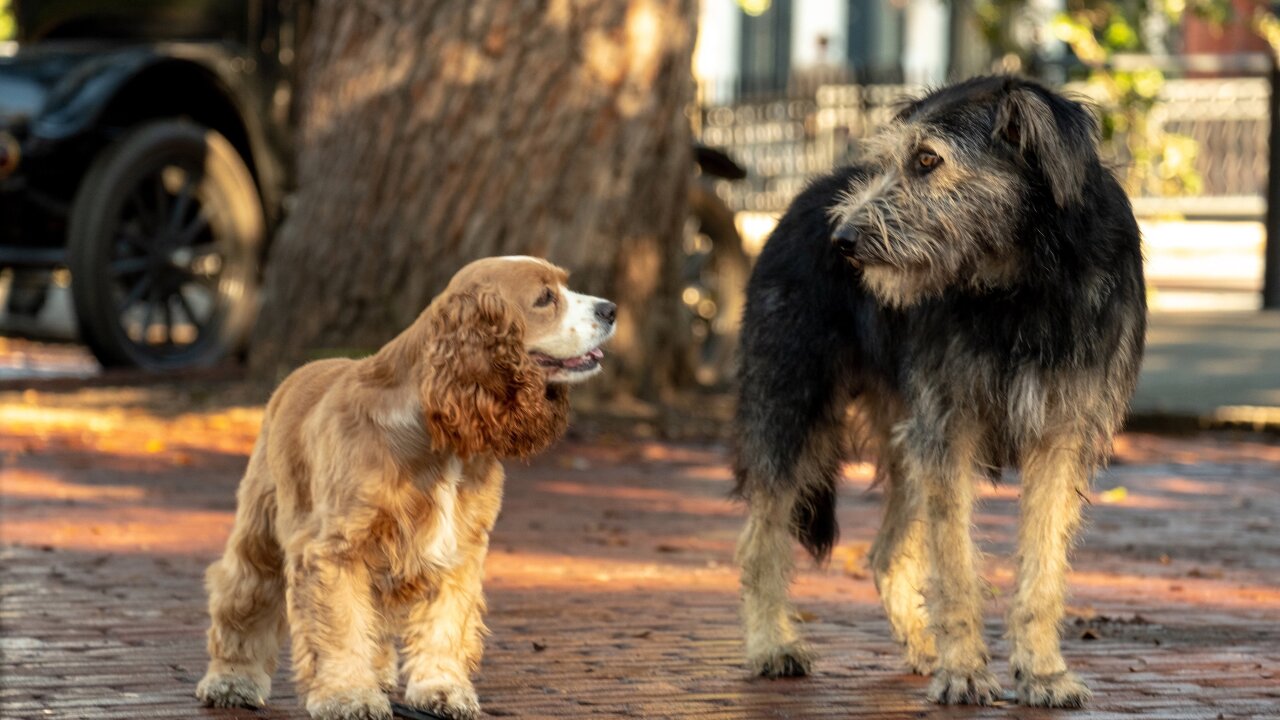 Disney’s strategy of turning animated classics into live-action movies takes a streaming detour with “Lady and the Tramp,” a respectable if uninspired version of the 1955 film that grooms some of its more problematic elements.

Disney’s strategy of turning animated classics into live-action movies takes a streaming detour with “Lady and the Tramp,” a respectable if uninspired version of the 1955 film that grooms some of its more problematic elements. Premiering on Disney+, it’s a modest addition to the genre that passes, barely, the “Who’s a good family movie?” test.

Disney’s strategy of turning animated classics into live-action movies takes a streaming detour with “Lady and the Tramp,” a respectable if uninspired version of the 1955 film that grooms some of its more problematic elements.

Granted, this probably would have landed closer to the “Dumbo” end of the box-office spectrum than “The Lion King” or “Aladdin” in its appeal, but there’s still a certain opportunity cost in producing this sort of film for streaming, underscoring just how serious Disney and other players are about trying to give consumers some bang for their subscription bucks.

Setting those logistics aside, “Lady and the Tramp” expands on the story by roughly a half-hour, which, in its original form, was a wonderfully economical 76 minutes. It also avoids the thornier racial aspects of the animated film, since those Siamese cats, while still plenty destructive, haven’t aged particularly well.

Once again, the cocker spaniel Lady (voiced by Tessa Thompson) is living a life of ease when her human owners (Kiersey Clemons, Thomas Mann) drop a baby into her canine paradise, upending her run of the house and sleep-on-the-bed privileges. She soon encounters the Tramp (Justin Theroux), who guides her a tour of life without a leash, all while avoiding the dog catcher obsessed with corralling him.

There are still most of the customary songs, including the Italian serenade “Bella Notte,” with F. Murray Abraham as the restauranteur Tony. Director Charlie Bean and writers Andrew Bujalski and Kari Granlund also employ some nice subtle touches, generally making the people dumber, dog-wise, and the dogs more oblivious to the actual words they hear.

The anthropomorphic aspects work well enough, looking like ordinary dogs only with moving mouths. The casting is also clever, with Sam Elliott as the scent-challenged hound dog Trusty, Ashley Jensen as his pal (now Jackie, not Jock) and Janelle Monae as Peg.

Granted, there are some things lost with the shift away from animation, especially in the Tramp’s pivotal encounter with the rat, which somehow looks considerably less menacing and fearsome here than the stylized version illuminated by lightning flashes.

For all that, “Lady and the Tramp” basically delivers as a light family-viewing experience, the kind that will be foundational to building Disney+, which, clearly, will wring every last ounce of kibble from that historic pedigree.

“Lady and the Tramp” premieres Nov. 12 on Disney+.