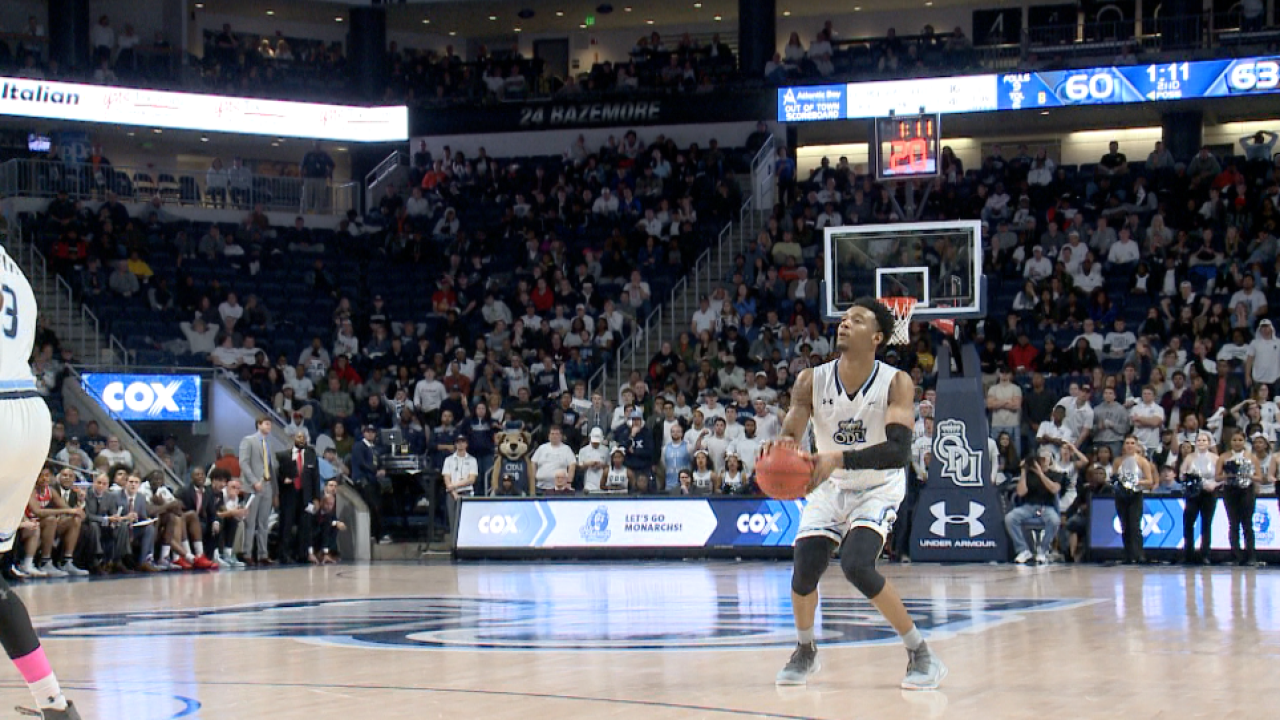 Xavier Green loads up for a three.

NORFOLK, Va. (ODUSports.com) – Xavier Green (Williamsburg, Va.) of the Old Dominion men’s basketball team was named the Conference USA Player of the Week on Monday afternoon, as announced by C-USA officials and voted on by league media. It is the first C-USA weekly award in Xavier’s career.

In ODU’s 82-69 victory over Saint Joseph’s (who was coming off a win against Bradley), Green led the way for Old Dominion, pouring in 18 points and hauling down a career-high 10 rebounds, to compliment one assist and one steal. At Northern Iowa, the Monarchs were led by Green’s 13 points, eight rebounds, two assists, one steal and one blocked shot.

Green and the Monarchs will be back in action on Wednesday, Nov. 13 at 7:00 p.m. ET, when ODU plays host to Loyola (Md.) at Chartway Arena. Wednesday night’s game will stream on C-USA TV.