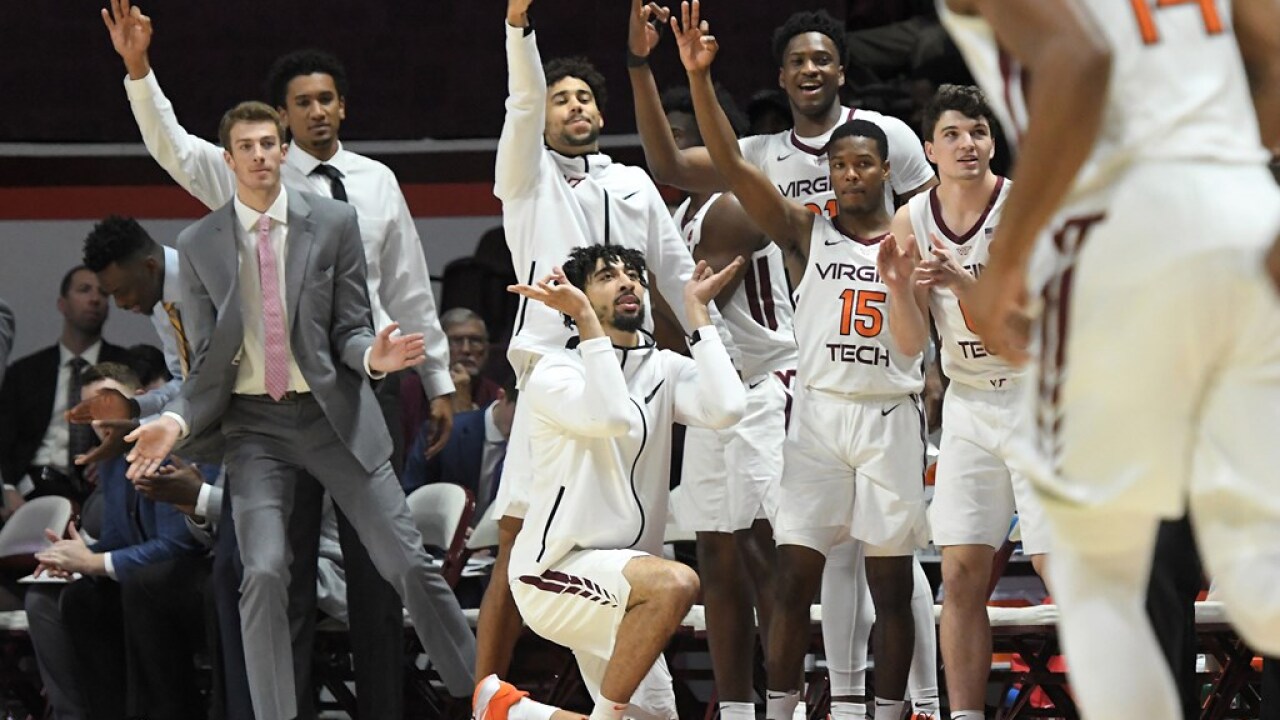 The victory moved the Hokies to 3-0 on the season, while the Spartans fell to 1-3. Tech won its 26th consecutive home nonconference game.

Nolley scored 14 of his 23 points in the second half, atoning for a subpar game Friday against Coppin State when he scored just 11 and made 3 of 10. B

“Your better players are going to get the majority of the shots,” Tech head coach Mike Young said. “This isn’t a democracy. This isn’t we’re all created equal. Those good ones, they love playing for me because we get them to where they want to be … He’s got a little more of a green light than the others. That’s just the way it’s going to be.”

Tech trailed early against USC Upstate, falling behind 16-11, but the Hokies’ Nahiem Alleyne hit baskets on back-to-back possessions, including a 3-pointer, and he sparked a 20-4 run that gave Virginia Tech the lead for good.

“Our defense is everything,” Nolley said. “Our defense helps us go down to the other end and have good offense. So we just feed off our defense, and that’s what makes us run. That makes our team flow.”

The Spartans, who missed all 15 of their 3-point attempts in the first 20 minutes and 17 straight to start the game, cut the lead to nine on two occasions in the second half — the final time coming on two free throws by Hammond with 11:18 remaining. But the Hokies then went on a 10-0 run and ended any hopes of a comeback.

• The Hokies have started 3-0 for the second consecutive season.

• Cone, a freshman, played his best game, coming off the bench to score 11 points, hitting 4 of 5 from the floor, including three 3-pointers in 14 minutes. The performance marked his first career game in double figures.

• The Hokies’ 13 3-pointers were a season high, and they have hit at least nine in all three games this season.

The dude can ball 🤟@NolleyLanders with another big night

• Wabissa Bede finished with eight assists and now has dished out at least six assists in all three games this season. He has 24 assists and seven turnovers through three games.

• Tyrece Radford made his first start of his career and scored six points in almost 19 minutes.

The Hokies return to the court Saturday when they take on Lehigh in a 1:30 p.m. nonconference game at Carilion Clinic Court.